From Batman to Thomas Paine, Treasure in the Dust

You’re pawing through a stack of old books at an estate sale and suddenly you spot a first edition of The Great Gatsby in its coveted dust jacket (worth upwards of $100,000) or a vintage Batman comic book (worth ten times the Gatsby). Think it couldn’t happen? It may be a bit like a lottery win, but it happens often enough to disprove the notion that all the great discoveries have been made, or that the Internet has made book hunting a hopeless pastime. In the past four years, three unrecorded copies of the first published collection of Shakespeare’s plays (1623), known as the First Folio, have come to light—a rate that practically defies logic, and expert opinion. These eight vintage volumes have turned up recently, too, sending a shiver up the spines of all optimistic bibliophiles. 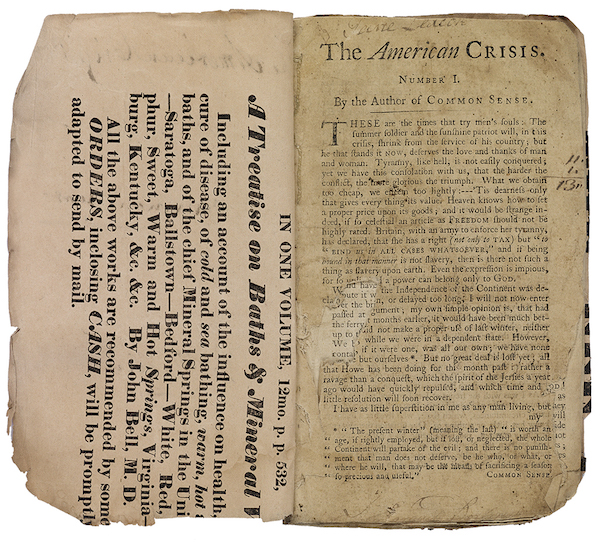 A major discovery of what book collectors and dealers call Americana once again demonstrated that “anything can be anywhere,” as Larry McMurtry wrote. It was a paperbound volume containing the first edition of parts one and two (1776-1777) of Thomas Paine’s The American Crisis, which famously begins, “These are the times which try men’s souls…” Only four were known to exist—until the summer of 2015 when a Utah couple unearthed this copy from their garage where they had been storing a bunch of boxes of inherited stuff for years. They sent the pamphlet to a New York auction in April, where it sold for $50,000. 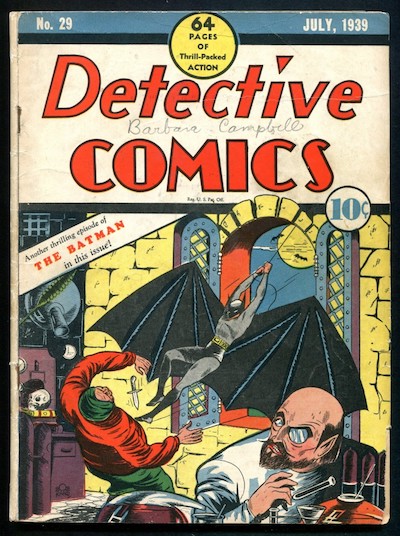 If vintage comics are more your style, try shopping the local tag sales. One lucky fellow bought this copy of Detective Comics #29, originally published in July 1939, at a tag sale for $20 and then consigned it to a Long Island auction earlier this year, where it reached $53,675. (And if this comic book fairytale sounds familiar, that’s because it’s happened before.) The comic’s condition wasn’t perfect, but still it was an early Batman, and the cover featured the first appearance of Doctor Death. “The fact that it was picked up at a tag sale for twenty dollars only added to its cachet,” said auctioneer Philip Weiss. 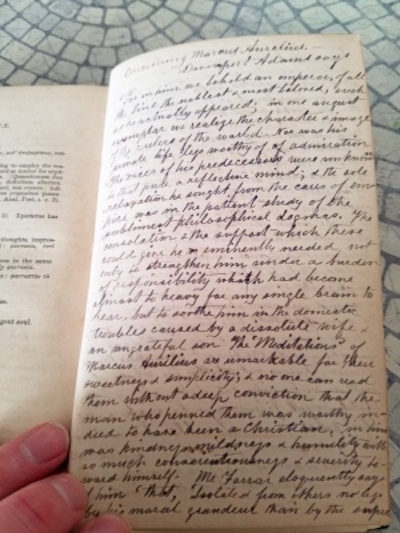 No doubt Ralph Waldo Emerson read The Thoughts of Emperor M. Aurelius Antoninus. Sounds like him. And now there’s the proof: Three years ago, Joseph Unis Jr. found himself at a flea market outside of Scranton, Pennsylvania, where he noticed a small green book with some neat and dense but unsigned script covering a couple of the back pages. Intrigued by an inscription to Emerson, he bought it for $1 and set out to determine whether the Sage of Concord had owned and annotated this volume. He did, and Unis sold the book to Harvard’s Houghton Library earlier this year for an undisclosed sum. Unis told The Times-Tribune, “It’s like finding buried treasure, honestly, that’s how I look at it.” 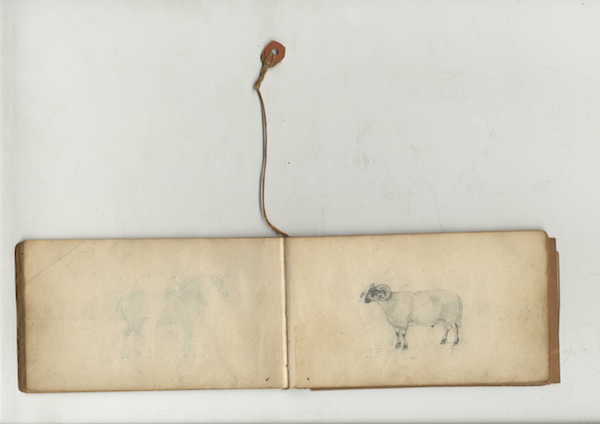 The sketchbook of Thomas Bewick

While browsing the offerings at the Californian Antiquarian Book Fair in San Francisco five years ago, antiquarian bookseller Anthony Smithson of Keel Row Books, stopped to take a closer look at something that turned out to be the only surviving sketchbook of English engraver Thomas Bewick (1753-1828). The 230-year-old pocket-sized book contains Bewick’s drawings of farm animals. “My first reaction upon seeing it was how innocuous looking it was, it was encased in a rather dilapidated and unattractive pebbled leatherette cover,” said Smithson. “I have handled a lot Bewick material down the years so upon examination of the interior I instinctively knew it was right, although that was almost immediately tempered with dealer diligence in making sure it was right.” Collaborating with Brian Lake of Jarndyce Antiquarian Booksellers, Smithson secured the five-figure sketchbook for collector David Bolam. 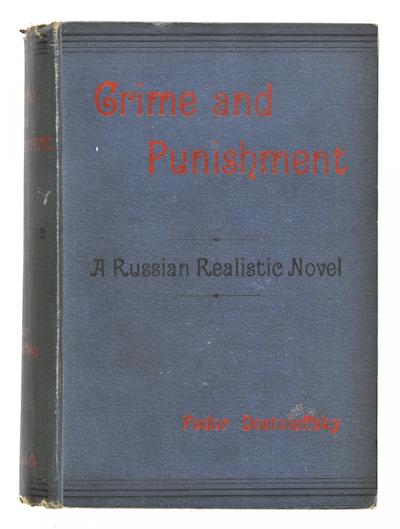 English edition of Crime and Punishment, 1886

Bought for $17 and sold for $17,000? That’s the story out of Lancashire, England, where a rare first London edition of Fyodor Dostoevsky’s Crime and Punishment surfaced in 2017. Part of a local auction ‘box lot,’ i.e. a box of miscellaneous books sold as is, the 1886 volume was initially purchased by a woman who told the Guardian she hadn’t noticed anything terribly interesting about the box’s contents. When she realized her luck, she emailed Chris Albury of Dominic Winter Auctioneers to get his opinion. Even though it looked pretty pedestrian, Albury knew it was something special—no copy of this edition had appeared at auction since 1991, and according to Albury, fewer than ten survive in institutional libraries. 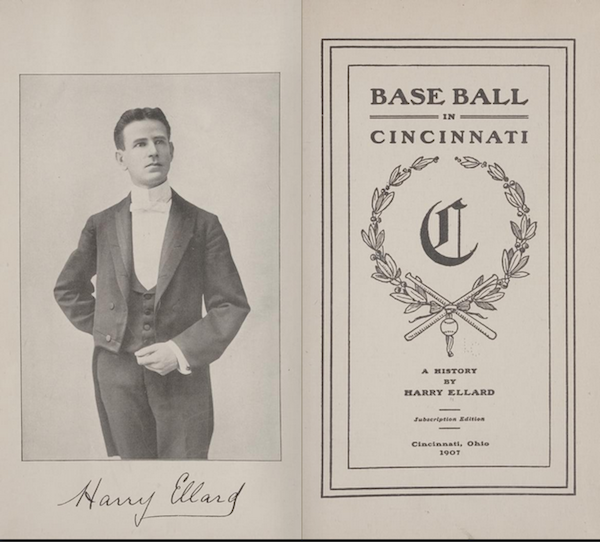 Base Ball in Cincinnati

As the editor of Spitball magazine and the owner of 3,500 books about baseball, collector Mike Shannon knows a thing or two about the game and its literature. Which is why, when he was perusing the shelves of a Cincinnati-area Half Price Books, he knew straight away the difference between a 1907 first edition of Harry Ellard’s Base Ball in Cincinnati and the 1987 reprint, even though both were priced at $8. Only 500 copies of the 1907 edition were printed and sold by subscription and then hand-numbered; astonishingly, Shannon’s copy is No. 1. (For limited editions, the lower the number, the more highly coveted it is by book collectors.) A few copies of the first edition are currently available through dealers, all priced well above $1,000. 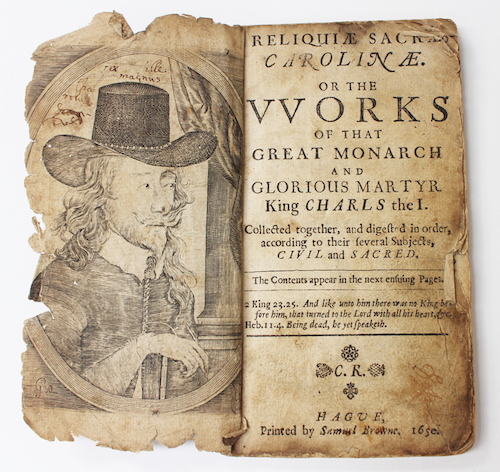 In 2016, a Derbyshire auctioneer was chuffed to discover a first edition of Reliquiae sacrae Carolinae, a sympathetic collection of Charles I’s speeches published in 1650, in a box full of modern paperbacks recently dislodged during a house clearance. This is one of those tomes whose age distinguishes it more than anything else, and the condition left something to be desired, too, but the illustrated frontispiece of the mustachioed king is eye-catching nonetheless, and a bidder won it for the equivalent of $130. 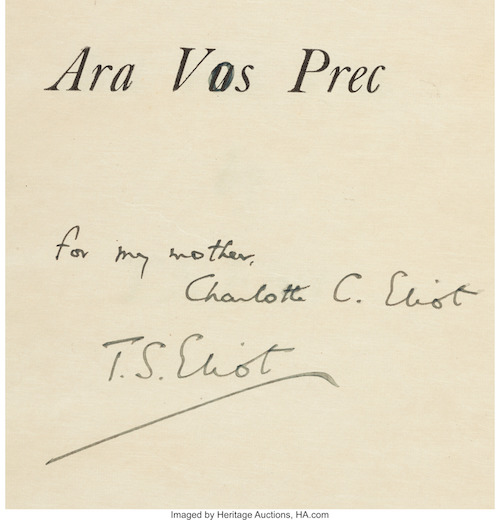 When T.S. Eliot’s family was ready to clean out their attic, they called James Gannon, director of rare books at Heritage Auctions. “I had one of those incredible experiences of going through the attic with Eliot’s great-niece Priscilla Talcott Spahn (née Priscilla Stearns Talcott), who is the last living relative to have known and had a personal relationship with T.S. Eliot,” said Gannon. Boxes of old photos, art, and books awaited, including this hand-corrected first edition of the poet’s 1919 Ara Vos Prec (on vellum, no less) inscribed to his mother, Charlotte. It sold for $57,500. 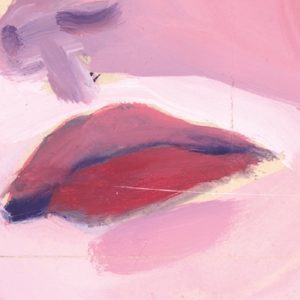 A few times in the past, book publicists have told me that they hope never to see their titles on this list, as it might...
© LitHub
Back to top
Loading Comments...