Sitting with the Unknowable: On Suicide and Loss

I grew up in a home where the threat of suicide was tossed around as casually as a handful of salt grains over one’s shoulder: Put on more lipstick or I’ll kill myself, my mother would scream every morning when I left the apartment for my Queens middle school, and every afternoon, I stopped on the street, halfway home, and reapplied my Bonne Bell Lipsmacker, terrified that I’d open our door and there she’d be, stretched out on the plastic-covered loveseat like Jacques-Louis David’s painting of the Marat Sade.

Years later, when I announced to my father that I was thinking of applying to law school, his face grew red; he had scrimped and saved to send me to university so I wouldn’t have to work while studying, and here I was announcing that I wanted to continue my education. Well, he said matter of factly, over a bowl of chowder at the Union Oyster House in Boston, I could kill myself and then you can have my life insurance money for the tuition. And then he asked for the check.

What neither of them knew was that on a normal 1970s afternoon—I think it might have been a Wednesday—I came home to our empty apartment with a joint the size of a Tipparillo, and two Quaaludes; I smoked the former and swallowed the latter, washing them down with a tumbler of the cheap tourist rum that my godmother had brought back from a cruise to Jamaica. It was methodical and planned—as much as a clinically depressed 14-year-old can plan—and when I woke up in my bed with my mother and grandmother hanging over me, the dog barking, and the neighbor in the hallway outside asking if he should call an ambulance, I knew that I had failed. When I was coherent enough to speak and they wanted to know what happened, I lied: after school, I drank some soda laced with PCP, I told them. I did not tell them the truth: that I was in horrible pain. That living in a home with two people who loathed each other and used me as a small trebuchet in their battles was simply too much to handle. That my father’s best friend, a local schoolteacher who the neighborhood believed was having an affair with my mother, was also abusing me. I was not honest—I needed help; I wanted out; I wanted the pain to stop; I had tried to commit suicide—because it would have been too dishonorable for all of us to bear. I was already tainted goods, I reasoned; the stigma attached to clinical depression and the need for intervention would have further destroyed us, in the most public of ways. It was never discussed again. That’s what shame does.

In the coming years, I would be touched by suicide again and again: the neighbor’s heroin-addicted son, who had tried to get clean and repeatedly relapsed. The guy who worked with me at Dean & Deluca in the late 80s, who found Kaposi’s Sarcoma on his neck while shaving. And in 2008, a few days shy of his birthday, my beloved cousin Harris, the subject of Sarah Manguso’s The Guardians and a brilliant musician who suffered from schizoaffective disorder and bipolar, and whose severe brain storms overtook his love of his girlfriend, his music, his family, and his life. Early last week, Kate Spade committed suicide in her Park Avenue apartment one flight up from an office I worked in before 9/11. A few days ago, Anthony Bourdain, who had during a particularly hard time in my professional life offered me the sort of kindness and immense generosity of spirit generally associated with feeders and nurturers, was found dead in his hotel room by his friend, chef Eric Ripert.

The public nature of suicide compels us to comment on the connective tissue that links us: stories of cute Kate Spade handbags that ushered young women into the working world in the 90s abounded after the news broke. How could she have been so miserable surrounded by all those purses, someone said. After the reports of Bourdain’s death swallowed up social media, conjecture took over: he had long struggled with addiction. He and his wife had split some years ago, and his girlfriend, Asia Argento, was leading the charge against Harvey Weinstein. Bourdain had been considered a bad boy, despite the truth from those of us who actually knew him: he was shy, benevolent, and he had a heart the size of Texas. How could he have been sad, with all his success, one well-known chef asked.

Souls that are broken, hearts that exist in pain, minds that conflate shame with help make questions of how and why irrelevant. Suicide is not about us; the aftermath, though—the speculation and assumption—exists not for the dead, but for the living. As I wrote when Harris died, we are left looking into a great, vast void, without answers, not knowing. At a time of incomprehensible and breathtaking inhumanity, this is the thing that must bind us: empathy and compassion enough to sit with the unknowable, and imagine the unthinkable. We take the Quaalude and we drink the rum; we walk into the River Ouse; we see the silver-framed pictures of our children and our wives and husbands; we, too, want the pain to stop.

Elissa Altman is the author of the upcoming memoir, Motherland.

Looking North from the Edge of Two Koreas 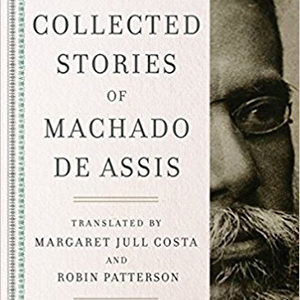 At the time, Luís Tinoco was twenty-one. He was of medium height, bright-eyed, tousle-haired, inexhaustibly loquacious,...
© LitHub
Back to top