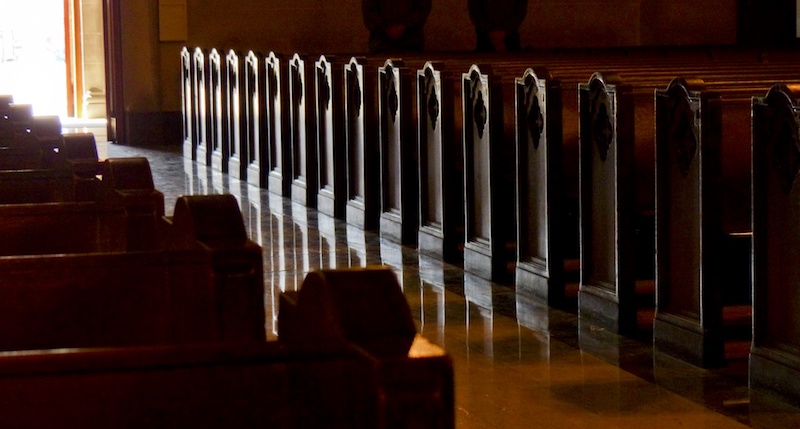 Growing Up a Preacher’s Daughter

Meghan MacLean Weir on Life Among the Pews

Our silver was engraved with the letter W, which I naturally took as a sign that my family and I were special. True, I also thought that the moon followed me when we drove at night and that, if I could just get the design of my paper wings right, I would be able to fly. But age-appropriate egocentrism aside, I was convinced that I was different. After all, everyone knew my name. The man behind the counter at the diner brought me pickles and chocolate milk without my asking. When I walked through town, people waved and nodded. And when my father climbed into his pulpit each Sunday, I knew by the tone of my mother’s warning not to fidget, the pressure of her hand around my wrist, that I was being watched as closely as he.

We lived in the rectory owned by my father’s small, New England Episcopal church, my mother and father and I, so not even my bedroom was really mine. Hebrews 13 says: “Keep your life free from love of money and be content with what you have,” but, really, we had no other choice. The room where I slept had pink shag carpet that was stained near one window and its flowered wallpaper had peeled away at the seam that ran just beside my pillow. At night, when I was lying in bed, I might flick one finger back and forth against its curling edge, but I would resist the urge to pull. I knew if I ruined the wallpaper, there would be no replacing it. Neither the church nor my parents had money for that.

The orange leather sofa they bought on sale after they were married in 1972 was in regular use well into the next century. Things lasted, or they didn’t and, when they didn’t, there was always duct tape. By the time the couch was passed on to my brother, who was born when I was three, the seats were so worn that sitting on it was hardly better than falling onto the floor. It sagged under any amount of weight, warping like space-time near a black hole and cutting off all means of escape.

We would have kept the couch anyway, probably, even if there had been more money. My mother was proud of her New England thriftiness and, to this day, remains physically unable to discard any item that might someday come in handy (her cupboards are stuffed with empty cookie tins and old scraps of fabric from jumpers she sewed for me when I was a baby) because, hey, you never know. But whether or not my mother would have bought a new couch if she had been able, in reality there wasn’t enough money to consider it. I knew, because my parents fought about it sometimes, the way all couples do. The difference in this case, though, was that I had seen the money they were fighting over, the crisp bills and folded checks, even before it was our own.

Here’s how it worked: On Sundays, midway through the service, my father would close his sermon with some sort of blessing and then we would say the Nicene Creed. There was a little bit of kneeling mixed in with a whole lot of standing and even more Amens. Then, while my father prepared the bread and wine, the choir sang, and the offertory plates were carried by the ushers and passed from hand to hand. The money the congregation tossed into those bowls paid for the electricity that powered the parish’s lights and organ. It bought oil to keep the radiators clanking all winter long, both in the church and in our home, where the thermostats were intentionally kept low so no one on the vestry would whisper about our fuel consumption. But, most importantly, that money paid my father’s salary. It bought the clothes I wore and the food I ate. It paid for the used station wagon that smelled of cat piss in summer, the orange couch, and the second-hand bike I bought at the church’s rummage sale and rode recklessly down our quiet street.

Every child who has been to a church coffee hour knows what if feels like to be watched, I would imagine. We have endured the disapproving gaze of the white-haired woman stationed behind the cookie plate, having appointed herself to keep a watchful eye and ensure that no one takes more than his or her fair share. We have each been scolded for running by grownups who are not our parents. We have been told to simmer down by unfamiliar voices. We have weathered criticism and wagged our heads obediently, then shuffled off to stack folding chairs and help sweep the church hall. But not every child’s behavior has the power to make or break their family’s finances. Not every child is admonished for bickering by the same individuals who put money into their family’s bank account and ultimately pay their bills.

“Did any of my actions, individually or all together, have the power to change the course of my father’s profession?”

Would my father have been fired for having a child who wiggled in her pew or refused to clean the dirt from beneath her nails? Of course not. I know, because I did both of those things. But might he have been urged to move on to another parish if I threw spit balls during hymns, said four letter words, or had a proclivity to bite? I wasn’t entirely sure. It seemed unlikely, but not impossible, and I found the notion as chilling as the stares of those who seemed to be watching me wherever it was I went. Back then, before a priest was called to a new parish, they interviewed the wives as well. They asked about the children. We were scrutinized as closely as the family members of any politician, if by a much smaller audience. It seemed conceivable that my fears were not entirely unfounded. So, I behaved—not perfectly, but well enough, at least—because I was terrified of what would happen if I did not.

It’s not that I thought my father’s parish paid him less as punishment because I picked a wedgie during Communion or brushed a candle against my friend’s father’s suit, lighting it on fire one Christmas Eve. As young as I was, I knew our town was not rich. The church gave us what they could afford. Not all parishes are created equal, though. Not all rectories were as dilapidated as the one in which I spent those early years. Some Church jobs come with expansive Manhattan apartments. Other churches were in towns where the public schools were far better funded than the one I attended through fourth grade. Some priests, on their retirement, are given enough cash to buy a house—lucky, since leaving the Church is so often coupled with eviction. But my own father never got anything like this. Even the forks and spoons engraved with the first letter of our last name, it turned out, had belonged to a woman named White who left her silver to my great aunt, who was her housekeeper. When I realized this, I knew that I had been mistaken about my family. We were not special, despite my father’s Calling. We were just people, no better or worse than other people, who had to somehow make ends meet.

As I got older, I began to wonder more, not less, whether, if my father’s career didn’t go exactly as he hoped over the years, it might be at least a little bit my fault. My mother, I knew, had similar worries, irrationally aimed at the pile of unsorted detritus on the dining room table and the dust bunnies in the hall, all of which might be observed if a parishioner stopped by to chat and, thus, reflect poorly on our patriarch. For my part, I didn’t volunteer at bake sales or remember people’s names the way some of the other priest’s kids did. I didn’t much care to smile or shake hands. I was apathetic at best in Sunday school, made snide comments about the misogyny inherent in the Bible, and stopped going to church altogether when I left for school. Did any of my actions, individually or all together, have the power to change the course of my father’s profession? The answer was yes, though, in the end, it was not for any of the reasons that I feared.

My father moved us to Buffalo when I was nine to take a position doing outreach for the diocese. I was twelve when that position was eliminated and my father, tears in his eyes, told me he had lost his job. I was frightened, of course, and worried in a self-centered way about the other things that would be lost as a result of this calamity: my home, my school, my friends. I assumed that we would move to one of the towns or cities where my father interviewed in the months that followed. But we never did. My father took a temporary position at a nearby church. Years passed. He took another temporary job and then another and there was no more talk of moving. I was relieved, but eventually I took it for granted. I didn’t think to ask why we had stayed.

It was because my father listened to what I asked him that day on the driveway that we stayed. It was because being a father was more important to him than being a Father. And it was because, even if my family was not special enough to have our own engraved silver or a station wagon free from animal urine, we were special to him.

Meghan MacLean Weir was raised in the rectory of her father’s church in Southbridge, Massachusetts, and later moved with her family to Buffalo, New York. Her memoir, Between Expectations: Lessons from a Pediatric Residency, chronicles her years in training at Boston Medical Center and Boston Children’s Hospital. She continues to live and work as a physician in the Boston area. This is her first novel. 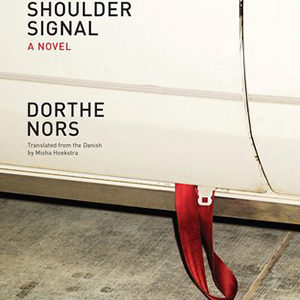 Sonja’s sitting in Folke’s office. It took a long time to get here, as she kept taking detours. She’s been through...
© LitHub
Back to top