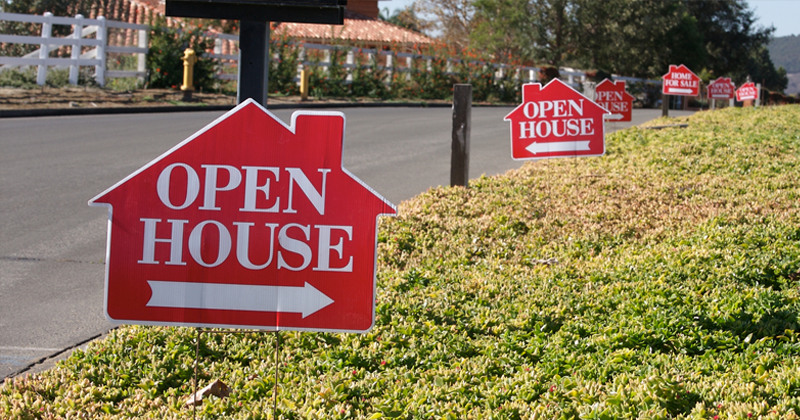 On the Voyeuristic Pleasures of House-Hunting

Lydia Millet: Fiction is a Tour Through the Interiors of Others

I used to like hitting real-estate open houses, making the rounds with realtors to look at homes. Not uncommon—it’s a hobby for some people, wasting real-estate agents’ time, cruising their fluffed-up domiciles with no intent to buy. I did have an intent to buy, so I was never a bona fide looky-loo, but I get the pull. The furtive spying of exploring houses—friends’ and strangers’ both—overlaps with the impulse to write fiction.

My new story collection, Fight No More, is set in a series of upscale houses in LA, around the people living in those homes, refusing to leave those homes, or wishing they lived in them, all connected to each other through a real-estate agent. The stories have to do with varieties of desire, varieties of blind spots. A teenage boy, a middle-aged pedophile. Forms of mental pain, the longing and mourning of an elderly professor, the solitude of a socially anxious musician, the shame and anger of a jilted girlfriend. It was a guilty pleasure to write these stories, to feel like a spy in the land of the houses. An infiltrator in the land of the rich. Even though it was all in my head.

Back in my house-hunting days, I liked seeing places most when they were lived in. Empty ones were boring unless they turned out to be architecture or design marvels. They offered no peephole into the people who’d inhabited them. With active homes, on the other hands, the visits felt like socially sanctioned forays into voyeurism. You’re shopping for space? Great! Walk into the bedrooms of unknown children. Check bedside-table drawers for sex aids tucked beneath magazines! Use elaborate Japanese toilets in an overpriced penthouse with a bathroom the size of a McDonalds! Discover the full range of hemorrhoid creams and mind-altering medications stored in the vanity!

Voyeurism’s become a quaint idea, though. As though anyone wouldn’t look at anyone else with a prurient and greedy interest. Preposterous. Watching people’s personal lives, or a performed version of them, is the currency of the culture. The culture basically boils down to ogling. An ogle-fest.

In TV fictions—anything narrative and visual and made up, on networks, cable, Netflix, YouTube—we watch characters from the criminal to the saintly, as long as they’re good-looking. In so-called reality TV we’re fixated on crassness: whether it’s crass rich people or crass poor people, one of the things we love most is to believe we’re getting glimpses into aspects of personalities that those persons themselves flagrantly fail to understand. We feel like we’re seeing the secrets they can’t help keeping from themselves.

“A home is a map of intimacies and estrangements, interlocking private and public places.”

And we watch far more than we do. We pretty much think watching is doing, which makes sense from a rationalization perspective since watching’s our primary leisure activity. Still, for the most part, we’re watching things made expressly for us to watch, whether by professionals or amateurs. Things purpose-built to be public. So despite reality TV’s pretense of giving us a guilty and furtive pleasure, watching these vehicles for exhibitionism or self-expression really isn’t much like spying at all.

But entering the private domains of others is different. Unlike visual media, homes aren’t usually made by committee. Even when people hire designers and decorators, they stamp themselves onto their living spaces with a blend of awareness/unawareness that’s often intensely revealing. Here’s where you see what’s not meant to be seen, as well as what is. Which can be just as juicy.

The furnishings and arrangements of homes tend to reveal at least two dimensions: what the inhabitants actually want us to see and what they can’t help showing us despite themselves. (That’s more in showroom-type homes, of course—some homes are made to be lived in, others to be visited.) Guests see how their hosts want the dwelling to look, and by extension how they want to look. And then there’s what we catch sight of through and around that staging. People’s images of themselves, desires and aspirations, compulsions and fixations. When we’re lucky we see both the clothes they have on and the nudity underneath. Figuratively.

A home is a map of intimacies and estrangements, interlocking private and public places. Compartments for the cleaning, ornamentation and evacuation of the body, the care-taking and enacting of various taboos; the locus of unconsciousness and dreaming and sex; rooms and surfaces where we interact with food. There are common rooms and personal rooms, common surfaces and personal surfaces. Zones that are almost untouchable and off limits to others (people’s desks or underwear drawers, say) and zones that are made to be touched, penetrated, used (banisters, stairways, doors and windows, chairs and machines). In some homes, areas are set aside for the sacred, while in others the secular self is clearly the object of worship. Homes are illustrated guides to the individual and the tribe.

And the ways we interact with these places—our own domains as well as others’—are complex and intricate and confusing. How and where we sit, step and lie down, what we touch and avoid, what we say about the home and its fittings and to whom we say it. We may know instinctively what’s private and what’s public or we may be ignorant of the distinction. We may feel others’ habitats to be mysterious and beautiful or ugly and base. Enigmatic or rudely transparent.

Fiction’s like that, for writers and readers equally. It may not be literal voyeurism, but it’s in the same genus—a kind of tourism through the interiors of others. Their maps of intimacy and performance. Those minds are partly imagined, sure, but they’re also produced by the memory of everyone we know, everyone we’ve ever encountered, in particular and in general. We imagine we see into these real persons or their fictional after-images. We imagine ourselves looking through windows into other selves.

At times it’s even closer than that: we are those other selves, those other projected identities. We live in them like homes. We walk the floors of their minds, get to know which taboos they observe and which they ignore. Maybe it’s fantasy, and for sure it’s only temporary. But so is everything.

Lydia Millet is the author of the novels Sweet Lamb of Heaven, Mermaids in Paradise, Ghost Lights, Magnificence and other books. Her story collection Love in Infant Monkeys was a Pulitzer Prize finalist. Her new novel is A Children's Bible. She lives outside Tucson, Arizona.

"Whatever Guantanamo is Like, It Can’t Be Worse Than This" 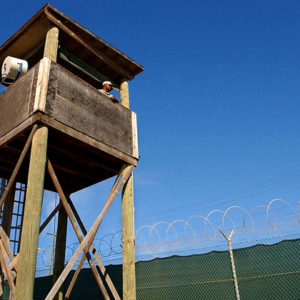 "Whatever Guantanamo is Like, It Can’t Be Worse Than This"

The following is from Lakhdar Boumediene and Mustafa Ait Idir's memoir of their wrongful detention in Guantanamo Bay. Lakhdar...
© LitHub
Back to top