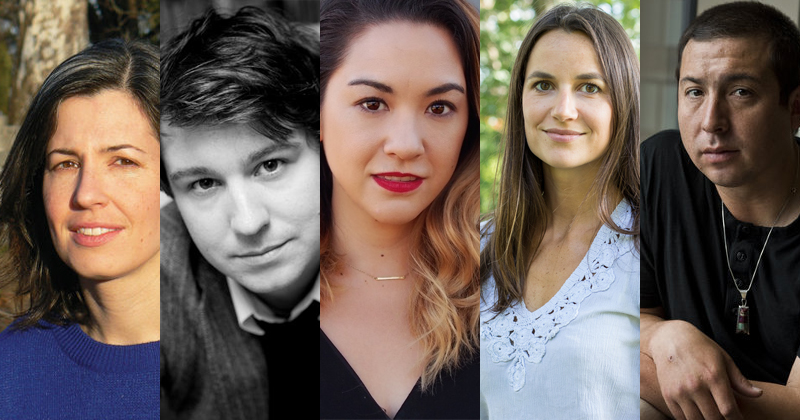 Elisabeth Cohen: Having it all. Or if not all, most.

Tommy Orange: It’s about what it’s about: being Native American, being Indian, now, in the city of Oakland, or a city like Oakland. Most people don’t know what being Native means right now. I have all these Native characters move toward the same thing with varying degrees of heat, need, and urgency. That thing is a powwow at the Oakland Coliseum.

Aja Gabel: Shostakovich’s Eighth Quartet. Loneliness. Provincetown in winter. The moment in 1998, in the middle of a thrift store on New Year’s Eve, a member of my string quartet announced to us he was leaving to pursue a bigger, better option, and how I felt heartbroken in an entirely new and unsettling way.

Carola Lovering: Writing that has lured me with a sharp, distinctive voice. College and its accompanied mix of excitement and angst. The mysterious art of manipulation. The love I feel for my family. Fleetwood Mac.

Nick Dybek: The BBC World Service. The Rose Reading Room at the NYPL. An outstanding memoir by a Hungarian Hussar. The work of a bunch of brilliant historians. Tortellini served in broth. Cheap LPs by French impressionist composers. The Hollywood Studio System.

Tommy Orange: I was influenced by growing up in Oakland, and by working in the Native community in Oakland for almost a decade. I wanted to write what I couldn’t find anywhere written about. Out of a kind of loneliness maybe.

Elisabeth Cohen: Feeling like my life was going nowhere, trips to northern California to see family, working in tech PR, The Times’ Corner Office column, infographics, first overhearing the word “startup” in college and thinking, how odd, why would you describe a company by how recently it started rather than by what it makes?

Elisabeth Cohen: So much stress—job, kids, spouse. The polar vortex. The kids’ obsession with space. The diesel car that turned out to be a fraud. Listening to a kid voluntarily practice piano every morning at 5:30 am. Working in an open office.

Aja Gabel: A breakup. Air conditioning. A studio apartment. Crying in hot yoga. Ice houses in Houston. Desperation to get this novel out of me.

Nick Dybek: Moved from Seattle to New York. Got married. Moved to Italy (briefly). Moved to Minnesota (almost as briefly). Had a daughter. Got a job. Moved to Oregon. Bought a house. It took a while to write this novel.

Carola Lovering: Romance novel, chick lit, new adult. “Raunchy” and “naughty.” I don’t think writing about sex candidly makes a book “naughty”—a lot of times sex is just part of the story. There is a cheapness associated with words like that that bothers me.

Elisabeth Cohen: I was innocent about how much “unlikable” would bother me.

Nick Dybek: Melancholy. The thing I don’t like about the word, though, is that some people don’t seem to think of it as a compliment!

Nick Dybek: I’d like to be like Adam Schiff, but not the real one. The DA from Law & Order.

Aja Gabel: I’d love to be able to sing. Anything. Clear and high.

Elisabeth Cohen: I pay attention to setting. It’s not like shooting a movie where some scenes cost too much to produce. At the end of a long day, I don’t want to read a novel that’s set in a cubicle or somebody else’s messy living room. I’m drawn to writing in the first person, but I’d like to try an old-fashioned, omniscient third.

Aja Gabel: I’m good at flashback and interiority, and I do love a long sentence. I wish I was better at heart-pounding plot.

Carola Lovering: I think I have a strong grasp on voice. I want to be better at everything else.

Tommy Orange: Voice. Is that a craft element? Dialogue? People have said that. I’d like to get better at dialogue.

Aja Gabel: You should ask everyone on Twitter the same question. I just know one of my best childhood memories is reading The Outsiders and feeling like this S.E. Hinton had maybe once felt the same exact feeling I’d felt, and that she was a magician, and I was less alone.

Carola Lovering: Every day I’m grateful and still slightly shocked that I’ve gotten this far. Reading fiction has always been an immense comfort to me, especially during times when I’ve felt isolated and alone. If my book can provide a similar kind of solace to even just one reader and remind them that they are not alone in their human experience, that will be enough for me.

Tommy Orange: Honestly, it’s really hard to judge anyone, even myself, regarding what to do with our time. Reading seems really unlikely these days—as something people will ever want to do. Interest? I’m grateful for anyone who takes their time to even consider reading anything I’ve put out there.

Elisabeth Cohen: My book’s about a hubristic Silicon Valley CEO—does that help?

Nick Dybek: That’s difficult. And the only solution I know of, unfortunately, is to picture every potential reader as my mother. 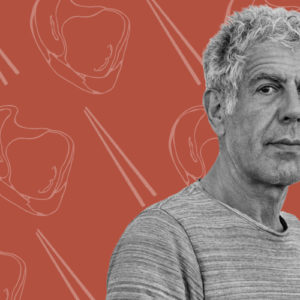 Anthony Bourdain, the larger-than-life chef, bestselling writer, and traveling television host, died last week at the age of 61 in an apparent...
© LitHub
Back to top