What 100 writers have been reading in quarantine • Duende Books’ Angela Maria Spring on the institutional racism of the bookselling industry • Rachel Cohen on Jane Austen’s politics of walking • Lydia Davis on the decision to not fly • Guy Guratne on John Berger and writing as an act of distancing • How to write a timely novel in a world that won’t stop changing • Arra Lynn Ross on old Norse translations and decoding myths • Joshua Bennett on the places where Black life is lived • How will future Mars explorers deal with the most challenging thing about life on the Red Planet? (Boredom) • Jarvis Masters writes from death row in San Quentin as Covid-19 spreads unchecked • Why did Republicans abandon American idealism? • On techno as a cure for writer’s block • Siri Hustvedt, in contemplation of a photograph by Rachel Cobb, on what the world values when it’s falling apart • Frank Tallis takes the anthropological view of storytelling • Oliver Stone reflects on bringing the spirit of Homer’s epics to the screen in Platoon • How John Steinbeck’s final novel grappled with immigration and morality • A love letter to developmental editors • Catherine Lacey talks to Kristin Iversen about religion, alienation, and more • Lucie Britsch on learning her most important writing lesson from… Bill & Ted’s Excellent Adventure • Aya Gruber examines the complicated history of feminism’s impact on incarceration • Historian Alan Taylor wonders whether Thomas Jefferson was a hero or villain… (Both, and neither)

Kazuo Ishiguro’s A Pale View of Hills, Milan Kundera’s The Unbearable Lightness of Being, Garth Greenwell’s Cleanness, and more rapid-fire book recs from Chia-Chia Lin • Debra Jo Immergut recommends five books that bend and fold time, from Kazuo Ishiguro’s A Pale View of Hills to Jesmyn Ward’s Sing, Unburied, Sing • “In our own grief-ridden time, we may never need O’Farrell’s art more“: Lori Feathers on the novels of Maggie O’Farrell • From the archives: Eudora Welty’s rave review of Charlotte’s Web • New titles from Maggie O’Farrell, Catherine Lacey, Emma Donoghue, and Adrian Tomine all feature among the Best Reviewed Books of the Week

It’s time to rediscover the most iconic crime and mystery series of the 1970s • Keith Roysdon traces the evolution of Dennis Lehane • July’s best debut crime and mystery novels • David Pepper has a reading list to understand our badly broken political system • S.A. Cosby knows that pain is what binds together all of crime fiction • Olivia Rutigliano analyzes the hidden depths of Who Framed Roger Rabbit? • Paul D. Marks looks at the American Home Front during WWII through the prism of historical crime fiction • Eric Van Lustbader has some tips for writing realistically about current events • Alexandra Burt remembers a neighborhood crime in a Cold War hotspot • S.C. Perkins has a crime fiction reading list for respecting your elders

Why Did It Take So Long to Get a Woman on the Supreme Court? 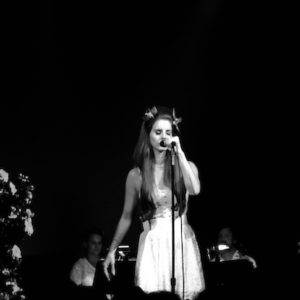 Lana Del Rey is releasing her forthcoming poetry collection, Violet Bent Backwards Over The Grass, on Tuesday, July 28 in digital...
© LitHub
Back to top