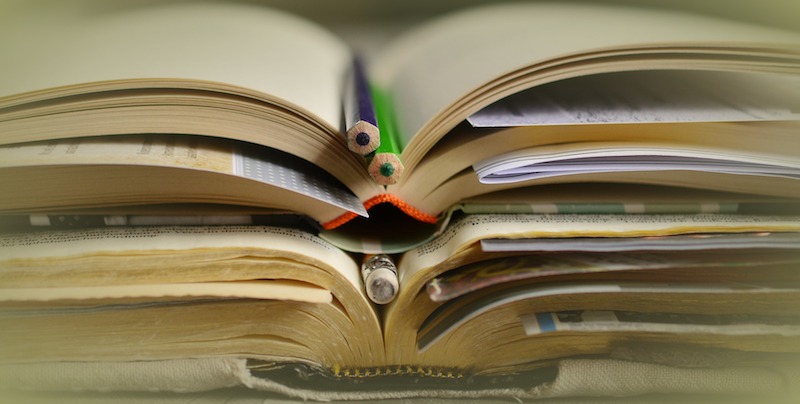 Long before I had a regular writing practice, a friend told me he had hired a local author to give him feedback on a short story. “They do that?” I said. I had never heard of a developmental editor. I filed the information away, not realizing developmental editors would one day become my most important teachers.

But I was never comfortable in a classroom. I sweated through the give and take of workshops, craving the attention that came with holding the floor, afraid of looking foolish when I did. Beneath the tables around which we gathered, I would wring my hands. Perhaps my anxiety was linked to introversion. Or maybe it was the result of having an impatient and unkind father.

In workshops, my writing was occasionally mocked. Once, a teacher’s reasonable criticism of one of my secondary characters degenerated into nasty student pile-on. The wood chair I sat in seemed to grow harder. I grasped the armrests and hung on, trying without success to hide my shame behind a neutral expression. During the first novel workshop I attended, a manuscript I have long-since abandoned was critiqued. At the head of a too-warm room, the leader solicited words from the group to describe my first chapter and wrote them on the board. As each negative adjective turned the board a little whiter, my face got a bit hotter. It was all I could do to hold back tears until I returned to my tiny quarters for the week, a dorm room with stale air and a plastic-covered twin mattress that crackled when I moved, preventing sleep. I didn’t look at that novel again for years and never revised it.

The non-stop social interaction of week-long workshops overwhelmed me. By day three, my family knew to expect a distress call. Although I met a few writers whose friendships I treasure, often I felt like I was back in junior high school with no one to sit next to in the cafeteria. Whenever I considered applying to MFA programs, the thought of returning to a classroom full time or attending residencies, dissuaded me.

You could say the developmental editors became my literary rabbis.

Around then, I remembered my friend’s experience with a developmental editor. I wondered if the authors who taught at the local writing school where I had taken classes offered that service. It turned out they did.

It seemed like the perfect setup. Paid by the hour or the page, developmental editors could afford to critique my work in greater detail than could workshop leaders or classroom teachers, who often had a dozen or more manuscripts to read. Having neglected my writing until I was in my forties, I was in bit of a hurry; I liked the idea of progressing as fast as my schedule and the development editor’s would allow.

The hourly rate and the total cost for a developmental edit of an entire book vary widely. I know it’s not something everyone can afford, and that I’m privileged that it’s within my means. The writer I hired charged $100 an hour, which seemed expensive at first, but less so after she critiqued an entire book manuscript for $1,800, about the cost of a summer workshop where I had received feedback on only a few dozen pages. Best of all, I got to sleep in my own bed with my husband and, when she was in the mood, the cat.

I sent an early draft of my forthcoming novel to the developmental editor. A month later, she sent back a 20-page single-spaced critique. While it covered the strengths of the book and my writing, it pointed out, in painstaking detail, problems of structure and character development. It highlighted writing tics I didn’t know I had. Reading it, I despaired of the amount and kind of revision that lay ahead. I questioned whether I possessed the skills to rewrite the book, not realizing that it was partly in rewriting it that I would develop those skills. I set the critique aside for a few days to process it. Turning to it a second (and later a third and fourth) time, I began to understand that what I had sent her wasn’t a novel anyone would want to publish. And yet, I felt comforted, knowing that she was available if I had questions about the critique and as a sounding board as I came up with solutions to the book’s problems.

When I sought help with my books, I didn’t imagine that several of the developmental editors I hired would become mentors. But over multiple projects, our relationships grew. I became so accustomed to turning to them with questions about my manuscripts, that it felt natural to turn to them for writing advice that went beyond the text of those manuscripts, too, on subjects that ranged as widely as publishing ethics—was a piece I wanted to write too close to a piece I discovered while researching?—how to handle requests for blurbs, and how to prepare for bookstore readings. I don’t know what I did to deserve their generous responses, but I’m grateful for them.

When I decided to look for a home for my collection, I discussed with one of them whether to try small presses, to enter contests, or to look for an agent. He recommended querying agents first, and I’m glad I did, because I landed a wonderful one. Eight months later, when a two-book contract provided a deadline for my unfinished novel, I asked whether he thought I could complete it in time. He believed I could, but if I didn’t, I could ask for an extension. He described his own rocky experiences with a two-book deal.

You could say the developmental editors became my literary rabbis. Each has connected me to opportunities I wouldn’t have discovered on my own, while I have enthusiastically referred writers looking for manuscript help to them. As I have faced professional challenges, including coming out with a debut novel during a pandemic, they have empathized and given me perspective, reminding me of what I’ve accomplished and recommending I take a long view. I might get that advice tattooed on my forehead when social distancing ends.

Navigating the world of publishing can be difficult for a novice. My literary rabbis have provided friendship and signposts along the way. With their help, I was able to make artistic and professional progress without getting an MFA. Could I have done it without them? Maybe. But it would have taken much longer and been a whole lot less fun. 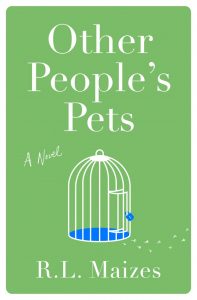 Other People’s Pets by R.L. Maizes is available via Celadon Books. 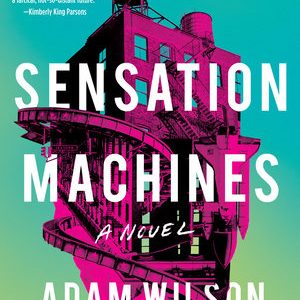 The coffee shops by Ricky’s apartment were Starbucks or Starbucksian: corporate, cleanish, out of toilet paper. In the case...
© LitHub
Back to top
Loading Comments...