TODAY: In 2001, Katharine Graham, who presided over The Washington Post as it reported on the Watergate scandal, dies at 84.

Tahmima Anam on the serious business of being funny • Sunjeev Sahota asks if belonging is only for the privileged • Shirley Jackson writes to her parents about navigating literary fame and financial insecurity • Literary icon William H. Gass on the “small problem” of adultery • Savala Nolan reflects on the life-threatening experience of giving birth as a Black woman in America • Helen Ellis on being the only lady at the poker table • Why Joyce Maynard’s new novel will sound familiar to readers of her nonfiction • “Heresy allows a writer to write freely” • The lived reality of traveling the country by freight train • Elizabeth Greenwood on the people who seek relationships with the incarcerated • Rae Nudson considers how makeup can strengthen the oppressed • David Steinberg digs into the comedic success of Jerry Seinfeld • Rather than turn inward in response to the refugee crisis, Sicily ushered in a new era of Italian politics • Katie Crouch suggests listening to your favorite song to figure out your novel’s plot • Chloe Shaw on learning grief and companionship from her childhood dog • A poem by Morgan Parker • MLB All-Star C.C. Sabathia reflects on baseball’s say-nothing culture • David Searcy considers how photograph allows us to bring back our dead • Henry Mance plumbs the depths of animal emotions • Heidi Boghosian on the spiral of silence and self-censorship in an era of government surveillance • Genevieve Plunkett on friendship, tourism, and equine grief • Lily Meyer on the mind-expanding practice of translating Claudia Ulloa Donoso •   Kristen Radtke on the process of translating her  graphic nonfiction book into an audiobook • How a small French newspaper started the Tour de France • A look at the anti-abortion movement’s long game • Shiori Ito on her widely publicized sexual assault case • Sylvain Tesson on channeling the serenity of the Tao

To Walk Alone in the Crowd 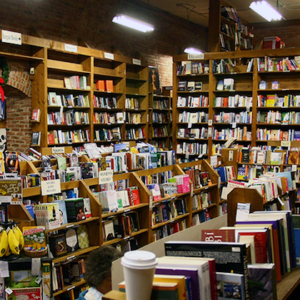 The American Booksellers Association has made their Twitter account private after promoting a scientifically inaccurate anti-trans...
© LitHub
Back to top