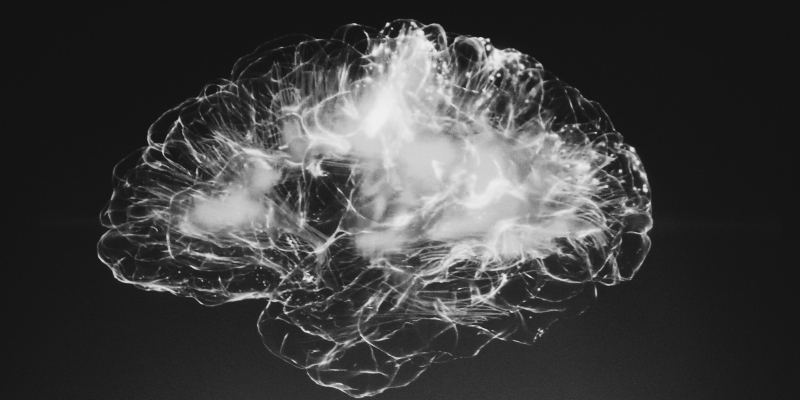 Via Crown
By Scott A. Small

Freddy had just started first grade and loved singing while walking to school. This was how his mother began tenderly describing her son during a visit with his pediatrician. Perhaps she was fortifying herself for the appointment’s real purpose or trying to convince herself that, despite some of his peculiar behaviors, nothing was really wrong. If so, the veil quickly fell. Following some other hopeful accounts—that Freddy, for example, had a remarkable memory not only for songs but also for numbers—she tearfully described how his behavior had recently turned unmanageable, disrupting life at home and school. Generally sweet, Freddy would suddenly get angry over any perceived change in his daily routine and surroundings. A slight alteration of a single volume’s placement in the family’s bookshelf was enough to provoke frustration and, if not immediately corrected, temper tantrums. Routines were nearly ritualized as he adamantly demanded that they had to remain the same. If his mother even considered an alternate walking route to school, a violent outburst would shatter a lovely moment of holding hands and singing together.

Freddy’s pediatrician, Dr. Leo Kanner (who referred to his patient as “Fredrich”), had an active mid-twentieth-century practice at Johns Hopkins and began noticing a pattern of similar complaints he’d occasionally hear from other parents of young patients, all between four and eight years of age. Charlie, for example, would lash out if the dining room table was not set identically each night. His family was allowed to sit down to eat only after the silverware had been reset precisely as he remembered it. Susan became transfixed by and anxious about a new crack in a wall so minuscule that it had gone unnoticed by the rest of the family. Richard’s inflexibility was most evident during his bedtime routine, which he insisted follow an exact, repetitive sequence of events.

Kanner, who would become known as the father of child psychiatry, collected these case studies into two seminal monographs that described a new pediatric condition. The second study, published in 1951 and titled “The Conception of Wholes and Parts in Early Infantile Autism,” characterized what Kanner considered the core feature of what would come to be known as autism spectrum disorder. “The autistic child desires to live in a static world, a world in which no change is tolerated,” Kanner wrote. “[The child has] an obsessive desire for the preservation of sameness . . . the status quo must be maintained at all costs.” It is likely a coincidence that around the same time that Borges wrote his neurologic science fiction about how trauma-induced photographic memory caused in the story’s antihero, Funes, an obsessive desire to preserve sameness, Kanner wrote that children with autism become agitated when seeing or hearing anything that deviates from the “photographic and phonographic details” of their memories.

Generally sweet, Freddy would suddenly get angry over any perceived change in his daily routine and surroundings.

Most of us will walk by a familiar and fully stacked bookshelf and scarcely notice if a single volume was missing or has been transposed with another. Seeing the forest for the trees, or in this case the bookcase for the books, is what psychologists sometimes call generalization: a cognitive ability that allows us to extract general patterns from component parts, to synthesize and integrate parts into a unified whole. Kanner posited that in contrast to those with typical cognition, where the parts are easily reconstructed and seen as a whole, children with autism are overly fixated on the parts.

As in the case with Funes, Freddy and many of the children Kanner diagnosed with autism had remarkable memories, but mainly for one kind of memory, which, lacking a synthetic associative quality, is sometimes called rote memory. Memorizing a song’s lyrics and tune after only one listen and reciting a long list of numbers at one go are examples of rote memory. Kanner did not clearly make the connection between memory of any kind and the ability to recognize the whole from its parts. But, illustrating how literary insight into the workings of the mind often predates scientific knowledge, Borges recognized that memory needs to be balanced by normal forgetting in order for a person to cognitively generalize. Without forgetting, young Funes could not generalize from one sensory experience to the next—did not, for example, grasp that the dog he saw in the morning light and the dog he saw at twilight were the same dog. Without forgetting, Funes found that his only respite from life’s constant fluctuations was to routinize his life and to minimize sensory overload by banishing himself to his dimly lit, quiet, and never-changing bedroom.

Science has now caught up. Researchers investigating the new science of forgetting have shown that the implicit assumption underpinning Borges’s science fiction was right: we depend on our normal forgetting to cognitively generalize. More than just validating Borges’s assumption, science is beginning to explain why and how forgetting is required for healthy cognition. Scientists who investigate animal models have relied on research in mice and flies to validate and explain Borges’s insight. But clinical scientists investigating autism have contributed to the broader understanding of how our minds benefit from forgetting, of how forgetting helps us to cognitively engage our ever-fluctuating worlds. Many clinical scientists insist on pluralizing autism into a group of disorders, because it is assumed that autism does not have one unifying etiology. Some, including family organizations, advocate the position that autism is not even a disorder, that it is just an extreme in the normal variation of our social skills.

Whether autism is multiple disorders, one disorder, or no disorder at all, recent genetic studies have identified a reliable group of genes whose function is altered in people with autism. Enough of these genes have turned out to be part of the molecular toolbox that functions in forgetting, and enough of them have been found to diminish forgetting, that they are beginning to provide a neurobiological explanation for Kanner’s formulation that many people with autism desperately seek sameness in an effort to reduce anxiety-provoking cognitive chaos.

The implicit assumption underpinning Borges’s science fiction was right: we depend on our normal forgetting to cognitively generalize.

This research can help resolve what might seem like normal forgetting’s greatest enigma: why forgetting—which, after all, subtracts rather than adds to our brains—is cognitively beneficial.

Assuming you woke up this morning in your own bed and not in a new home in a foreign land, many of your behaviors throughout the day will depend on how flexible your existing memories are. In fact, they rely much more heavily on that flexibility than on the memory capacity in your cortex, the number and size of dendritic spines it contains, or how well your hippocampi can fill up these cortical memory stores with new information. When yesterday’s information slightly alters, say, your morning routine, your daily commute, or your interactions with colleagues at work or with your family during dinner, you’re exhibiting behavioral flexibility. It is easy to imagine how we would suffer if we had an inflexible mind. No matter how routinized our lives, the continuous alterations to existing memories are vital for us to adapt to our rapidly shape-shifting worlds. Just as the most elegant home remodeling is often a combination of construction on top of demolition, the brain’s optimal solution for behavioral flexibility turns out to be a balance between memory and active forgetting.

We saw that neurobiology has isolated two distinct molecular mechanisms: one for memory, the other for forgetting. Scientists can now apply experimental tools to animal models that essentially grant them access to control knobs for each pathway. With the ability to turn memory and forgetting up or down, they can then measure how different manipulations influence an animal’s behavior. When an animal is learning the fastest way out of a maze, for instance, memory mechanisms obviously need to be “on” and dialed up. More memory leads to faster learning of the intricacies of the maze and its escape routes. After the animal masters the course, the maze can be slightly altered so that the animal must learn a subtly different route. Modifying the previously established memory for the original maze is more efficient than forming a brand-new memory from scratch in learning the alternate route.

You might assume that cranking up memory even more would help, but in this and other examples of behavioral flexibility, the efficiency and speed of learning an alternate route actually depend more on forgetting. Turning up the forgetting control knob, while leaving the memory knob untouched, is the faster way to learn an alternate route out of a well-known maze. Behavioral flexibility is, therefore, like sculpting with marble where the forgetting chisel dominates.

Recall how, at the molecular level, mechanisms that increase memory and forgetting are equivalent for all animals, from flies to mice to humans. We all have the same molecular toolboxes that turn up memory by the growth of dendritic spines and turn up forgetting by causing spines to shrink. Still, despite the findings on the benefits of forgetting for behavioral flexibility in animal models, there is always a chance that our species is somehow special. One way to confirm that forgetting is essential for behavioral flexibility even in humans is to find individuals whose ability to forget is turned down by their genetic makeup and determine whether and how this influences their behavioral flexibility. Nature, with her broad range of diversity, has presented us this opportunity with autism. 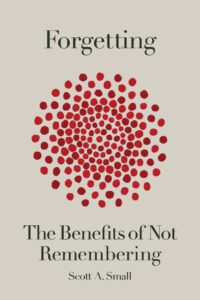 Excerpted from FORGETTING, copyright © 2021 by Scott Small. Used by permission of Crown, an imprint of Random House, a division of Penguin Random House LLC, New York. All rights reserved. No part of this excerpt may be reproduced or reprinted without permission in writing from the publisher. 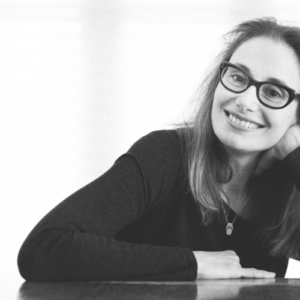 Dana Spiotta on Turning to James Joyce for Inspiration and the Power of Cultural Reckonings I think of Dana Spiotta’s novels as paintings or films—figures in a landscape. A rock star wannabe brother and his complicated...
© LitHub
Back to top
Loading Comments...