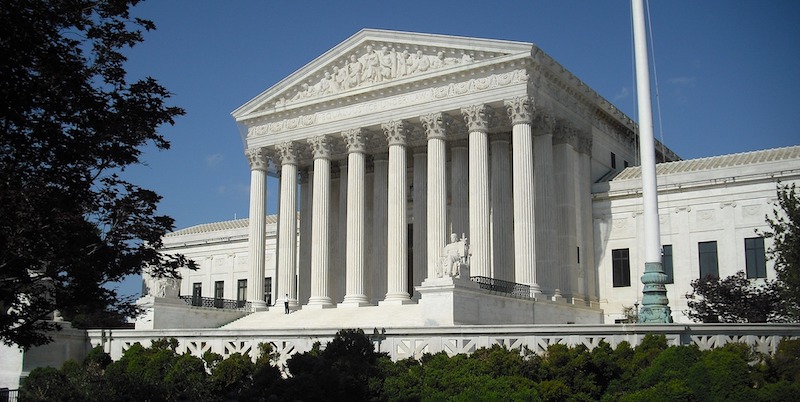 Inside the Decades-Long Conservative Strategy to Weaken Roe v. Wade

Kathryn Kolbert and Julie F. Kay on the Anti-Abortion Movement

In 1987, a widely overlooked book, Abortion and the Constitution: Reversing Roe v. Wade Through the Courts, laid out the primary legal strategy abortion opponents would pursue for decades. These fervent anti-abortion attorneys, brought together by Americans United for Life, the leading anti-abortion legal group, recognized that the reversal of Roe would take careful planning and a long-term strategy. There were several prongs. First, hack away at Roe’s foundations by discrediting the origins of the constitutional right to privacy, and expand the recognized justifications for restrictions. In this way they would gradually develop a new theory of constitutional jurisprudence that could subsume Roe’s entire rationale. Next, target restrictions to particular types of vulnerable women—indigent women or young women, for example—and once upheld, apply the limits to a wider group.

These challenges would need to be heard by federal courts packed with conservative judges who would be willing to upend the law. Ultimately, conservative Supreme Court Justices would be key to Roe’s demise. Arguing that “nothing can be a substitute for patient deliberation, exhaustive research, and a grand design,” this group of almost entirely male lawyers committed to working for the reversal of Roe until the job was done.

Combatting these relentless tactics developed by a well-funded and politically connected opponent, abortion rights advocates were kept busy on all fronts, overwhelmed by the swarm of anti-abortion laws that poured out of a hive of states dominated by conservative legislators and governors. Too often we were consigned to playing defense, with the rules of the game and the playing field largely controlled by our opponents. Along the way, the movement had some significant wins—increased access to new technologies and contraception, safer abortion, and the expansion of women’s health care under the Affordable Care Act—but in the main, our end goal and priority was to save Roe. The landmark case had become a piñata that kept taking hits.

Under Roe, once a plaintiff alleges that a law infringes on a woman’s privacy, the state must come forward with a compelling reason that supports the intrusion. The Supreme Court in Roe had found two compelling justifications for limiting abortion access: the protection of women’s health starting at the beginning of the second trimester of pregnancy and the protection of fetal life starting at viability. Thus the anti-abortion strategy, pushed by Americans United for Life, focused on enacting carefully drafted statutes that enable courts to undermine both of these justifications.

To ramp up the Court’s recognition of fetal life before viability, their plan was to emphasize the “biological human character of the fetus” and argue, as Justice O’Connor had suggested in a 1983 case, that fetal viability occurs much earlier than the 24–28 weeks of pregnancy recognized in Roe. The focus turned toward such scientifically nebulous concepts as fetal pain and early “heartbeat” sounds to justify bans on abortion earlier and earlier in pregnancy. Anti-abortion legislators additionally enacted bans on late abortion, naming them “partial birth” abortions that are performed both before and after viability.

The anti-abortion movement became even more politically powerful by forging an alliance with the Republican Party.

Abortion opponents also were eager to undo the importance Roe had placed on protecting women’s health as a justification for abortion. Recognizing that the public believed protection of women’s health was more important than protecting fetal life, particularly early in pregnancy, abortion opponents began to claim that they were “pro-woman” and committed to women’s health. They created groups with officious names like the Center for Medical Progress or the Center for Bio-Ethical Reform and used them to disseminate specious medical information and unsupported assertions about the physical and mental health risks of abortion—that abortion causes breast cancer, damages future fertility, and increases women’s risk of suicide or depression.

Such alleged risks are completely unsupported by the scientific literature and have been rejected by mainstream medical organizations such as the American College of Obstetrics and Gynecologists and the American Psychological Association. Nonetheless, state legislators and some courts relied on these erroneous claims to support burdensome health restrictions such as mandatory waiting period laws, state-sponsored misinformation on the risks associated with abortion, and the implementation of excessive, unnecessary clinic regulations known as Targeted Regulation of Abortion Providers, or TRAP laws.

In addition, anti-abortion lawyers would ask the courts to rely on legislative findings rather than medical judgments or the prevailing views of the medical community to determine whether the restrictions actually furthered this purported interest in protecting women’s health. Finally, they sought to narrow the protection of women’s health to allow postviability abortion only in cases where denying access would create “severe and long-lasting” risks to the woman’s physical health. Mental health harm was deemed irrelevant, or bogus, as were physical conditions such as preeclampsia, inevitable abortion, and premature ruptured membranes, which might or might not be “severe” enough to meet this standard.

The last element of the legal strategy was focused on filling vacancies on the lower federal courts and the Supreme Court with judges who believed that Roe was wrongly decided and who were willing to forsake the traditional doctrine of precedent that would normally require them to give great deference to the decision.

Beginning in the 1980s, with the political power of the Moral Majority and President Ronald Reagan as a strong and savvy ally, the anti-abortion movement launched its strategy. Its high-ranking supporters in the Senate confirmed a pipeline of ultra-conservative anti-abortion judges onto the lower courts nationwide, who were then short-listed for a Supreme Court nomination. One by one, they added anti-abortion conservative judges from this group onto the Supreme Court, beginning with Justice Thomas and followed by Chief Justice Roberts and Justices Alito, Gorsuch, Kavanaugh, and Barrett. With a 6–3 majority in place by 2020, they now have surpassed the magic number five necessary to overturn Roe. The appointment of Justice Barrett positioned them to do so even without demonstrating the respect for precedent and procedural restraint previously needed to bring along Chief Justice Roberts, who prefers chiseling away at Roe rather than an outright reversal.

The anti-abortion movement became even more politically powerful by forging an alliance with the Republican Party. Outside the beltway in the states where Republican legislators held power, they passed a host of abortion restrictions at a fast and furious rate throughout the 1980s and 90s and on into the new millennium. Unfortunately, it took the Democrats almost a decade to publicly support abortion, as party leaders (mostly white men) were fearful of losing working-class Catholics who had long been a part of their base. The political battles waged in state legislatures were key to anti-abortion success. In the four decades after Roe, the anti-abortion movement’s state-level strategy resulted in over one thousand abortion restrictions being passed into law.

The pace of restrictive laws varied over the decades, but was most pronounced when legislators believed that the appointment of new Supreme Court Justices would increase the likelihood that Roe was toast and their law could make that happen. The redrawing of state legislative district lines following the 2010 census swept abortion opponents into power in state capitals nationwide. An avalanche of restrictive laws soon flowed from these states. Between 2011 and 2016, over 400 laws restricting abortion had been enacted and countless more introduced, which according to the Guttmacher Institute, gives that period the “dubious distinction” of accounting for more abortion restrictions than any other single five-year period since Roe. As a result, abortion access was whittled away state by state, clinic by clinic, and doctor by doctor, leaving significant hurdles that made abortion rights simply a shell for many.

The attacks combined to make abortion expensive, risky, and often unavailable. The more vulnerable and disempowered a woman was, the further out of her reach abortion was. Those seeking the reversal of Roe urged legislators to target restrictions on particular types of women, primarily poor women, women of color, and young women, who had less political power to defeat the measures legislatively. Once these restrictions were upheld in court, other states were quick to adopt broader versions. Laws that cruelly denied Medicaid funds for low-income women to pay for abortions later served as a rationale for banning all abortion funding in government health insurance programs. 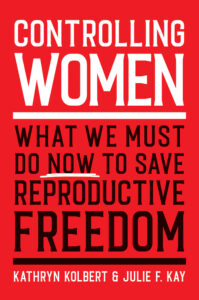 Excerpted from Controlling Women: What We Must Do Now to Save Reproductive Freedom by by Kathryn Kolbert & Julie F. Kay. Copyright © 2021. Available from Hachette Books, an imprint of Hachette Book Group, Inc.

Kathryn Kolbert made her second appearance before the Supreme Court in 1992, arguing Planned Parenthood v. Casey. She co-founded the Center for Reproductive Rights. She founded NPR’s Justice Talking and the Athena Center for Leadership at Barnard College. Julie F. Kay helped lay the groundwork for the legalization of abortion in Ireland through the first direct challenge to the country’s absolute ban on abortion before the European Court of Human Rights. Julie began her legal career at the Center for Reproductive Rights and has spent the ensuing decades developing innovative legal and policy initiatives to advance gender equality and religious freedom. 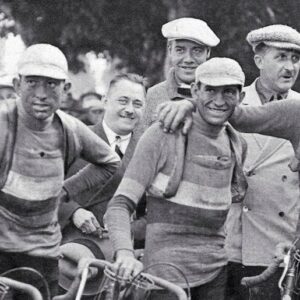 Henri Desgrange watched the celebrations pass by on rue du Faubourg Montmartre. Crowds renewed themselves along the blister...
© LitHub
Back to top
Loading Comments...