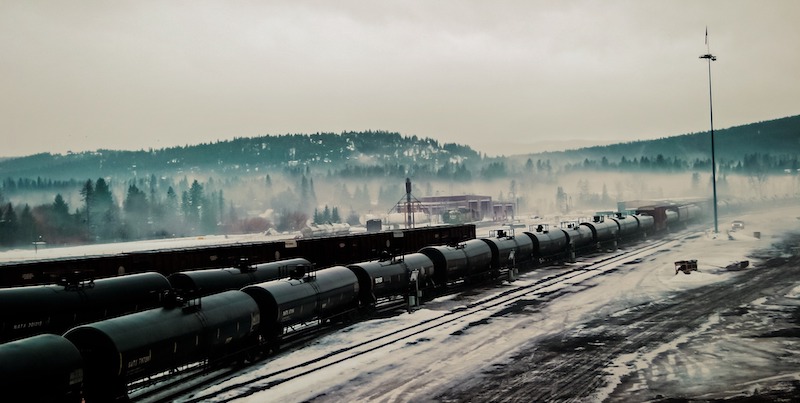 This cold. I don’t know what to do about this cold. I lie down on my sleeping pad and wrap myself in the tarp, but I cannot rest.

If only I hadn’t lost my sleeping bag! Each time I succeed in gathering the tarp around me, the wind tears it away again, pulling it open with a thousand icy fingers and beating it against the frozen steel of the car. The gaping hole taunts me from beyond my ledge, sucking at the corners of my sleeping pad. I start to panic but remind myself that this sort of thing must happen to my friends who ride trains all the time. And they’re okay, aren’t they? I want to be tough like them, don’t I? If Andrew were here, I think—remembering the way he nonchalantly described this route to us, as though riding the train from Portland to L.A. in February was the easiest thing in the world—he’d squat over the hole in the floor and sharpen his knife on the tracks.

When I open my eyes again, it’s still nighttime. The trees beyond the train have begun to slow—I can see them more distinctly now. Their boughs, tufted in white, sparkle in the cold, clear air. Is the train stopping? Somewhere up ahead are the units, although I cannot see or hear them—ticking, rumbling engines, four of them, yellow light spilling from their windows. There are engineers in the first unit, but the three rear units will be unmanned. Each unit, I have been told, has a small, heated cockpit, with captain’s chairs, a cramped bathroom, and, incredibly, a mini fridge full of bottled water. If the train stops, I can climb out of this car, run down the tracks in the dark, and try to reach those units.

Maybe I can ride in one through the night, and be warm. At the very least, I could get some water. How far from my car are the units, though? A mile? More? I feel mumbly with cold, and my thoughts are tangled. Across the car from me, Sami is burrowed in her sleeping bag, the hood cinched around her face so only her nose is visible. As the train pulls to a stop, she does not stir. Now’s my chance! I wriggle out from under the truck, lower myself down the three-rung ladder on the outside of the car, and land, with a crunch, in the snow.

When, where, and for how long a train will stop is a riddle that each aspiring train rider must learn to solve, and on which the success of their trip depends. This is what I have learned so far, from my friends: A freight train stops at least every eight hours, to change crews. These crew-change stops are made at specific railyards around the country. Since the train always stops for at least fifteen minutes when it changes crews, this makes a convenient window in which to get on or off a train. We got on in Portland at the specific yard where our train was changing crews, and as our train rumbles south it will stop in a handful of towns, every eight hours or so. Aside from crew-change points, a train might stop on a length of double track to “side” while it allows another train to pass—a train carrying higher-priority freight, maybe, like mail or automobiles—or it might stop in a railyard to refuel or “work,” a mysterious affair during which beeping trucks drive up and down the train as it sits motionless under massive floodlights. Or sometimes, like now, on this dark, snowy mountain, the train might stop for no discernible reason at all.

In the city, I often carry fear and shame like a lead weight; I curl up inside myself like a sprout inside a seed. Out here, I am huge. Expansive.

I stumble forward in the snow, willing my numb legs to waken. The train, so full of shrieks and groans just a moment before, is now so silent it’s as if it never moved at all, as if it will never move again. The moon casts everything in silver, and the air is fresh and sharp. This is a quiet, wintry land, dazzling and enchanted. I pause for a moment, full of wonder, and then I run, the sound of my boots cracking the stillness like glass shattering on cement. I’ve gone ten cars toward the front of the train when there’s the telltale hissss of the brakes releasing. Fuck! Fuck fuck! I spin around and jog as fast as I can back toward my car, slipping a bit on the steep embankment next to the tracks.

The train begins to creep forward, so slow at first, not making any noise at all. Then a shudder moves down the string as the slack is pulled out of the couplers between each set of cars. I have to make it back to the car we were riding in—it was yellow, wasn’t it? Or was it red?—before the train picks up speed, or I’m fucked. If the train leaves me behind, I’ll be stranded here, in the cold forest, in the middle of the mountains. How far to a road? A town? I have no idea.

Unlike what we see in old movies, it’s not a good idea to get on or off a moving train. That’s called “catching on the fly,” and it’s dangerous as hell. Train riders in the twenties did it so that they could catch the train once it was past the yard—back then, the rail cops carried batons and would beat you if they found you, so the yards were scary places to get on a train. Getting on and off on the fly is dangerous because the momentum of the train pulls you down toward the tracks, so if you slip and fall, that’s where you’ll end up.

Nowadays, the worst that can happen if you get caught in a trainyard is a trespassing ticket or a night in jail, which is not worth losing your legs to avoid, so the safe thing to do is wait for the train to stop before you get on or off, which you can do without much difficulty as long as you know the crew-change stops. Some people still catch on the fly, of course, but they do it for the thrill, and because they’re idiots.

I am terrified of catching on the fly. I’ve been told that if I absolutely must, as in this situation, where I’m in danger of being left behind, I should pay attention to the three lug nuts on the wheels of the train—if I can make out each individual nut, the train is still going slowly enough for me to get on safely. I glance at the lug nuts as I jog down the string—still in the safe zone.

Then I see our car—yellow, like I thought—and I grab the ladder and pull myself up, struggling against gravity. The cold metal of the ladder rung bites into my hands and I heave myself into the car like a fish flopping into a boat. The inside of the car is in shadow, and through the huge holes in the floor I can see moonlight glinting on the tracks. I wriggle back under the truck and sit on the gritty steel, clutching my pack, heart hammering against my ribs. At least I’m warm now, from the physical exertion and the adrenaline. At least there is that. I feel the trees overhead, all around; I watch them drag slowly past in the moonlight, and my breathing begins to calm. The clean air smells of sharp pinesap. I remember the stillness and quiet of the stopped train sitting in the forest, a quiet so thick it made a rushing in my ears.

The train picks up speed, and the wind pulls the heat from me. I wrap the tarp around my body again. I am cold and awake in a magical world, struggling for my survival. I am cold and awake and filled with awe. I feel so alive this strange long night. In the city, I often carry fear and shame like a lead weight; I curl up inside myself like a sprout inside a seed. Out here, I am huge. Expansive. Pieces of me unfurl in all directions, into the open wilderness, up toward the sky. The stillness holds me.

But the cold also reminds me of another time. I haven’t been cold like this since I was a child, in Alaska. Being out here, exposed and scared, a little thirsty and a little hungry, takes me back to those days.

I clutch the tarp around me and sit on the vibrating floor of the car, watching the stars. The steady thrumming of the tracks becomes a song that melds with the rhythm of my heart. 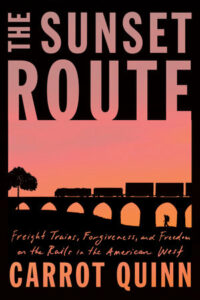 Carrot Quinn is a long-distance hiker and writer. She splits her time between Alaska and the open spaces of the western United States. She is the author of the book Thru-Hiking Will Break Your Heart: An Adventure on the Pacific Crest Trail.

Looking for Love in a Prison Cell 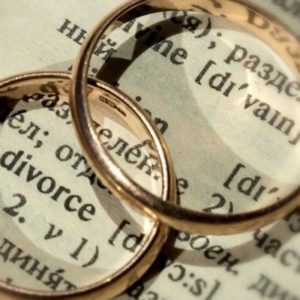 It occurred to me the other day that I’ve been doing the thing I’m doing right now—sitting at my desk, hands on a keyboard,...
© LitHub
Back to top
Loading Comments...