Kristin Iversen profiles Patricia Lockwood • A comic strip by Pardis Parker and Andrew Hamm • Abbigail Rosewood’s recipe for cooking Thịt Kho • Adam Grant wants us to get in the habit of forming second opinions • Paisley Rekdal considers appropriation in workshop • Maria Adelmann on writing a novel and learning Danish during quarantine • Wendy Lower asks what a person should do about a photograph that documents a murder • Tracy Clark-Flory on assignment at the Adult Entertainment Expo • María José Ferrada remembers accompanying her father, a traveling salesman, around Chile • Gretel Erlich introduces Orion’s best political writing of the past 20 years • Howard Sherman on the Our Town spinoff you never heard about • Michael Patrick F. Smith finds a model in Theodore Roosevelt • Rebecca Morgan Frank on literature’s long-standing relationship with robots • Kevin Young on how the Schomburg Center became Harlem’s literary sanctuary • Yemisi Adegoke grapples with what it means to be a “returnee” to Lagos • That time Marie Curie was almost excluded from winning the Nobel Prize • Sandra Beasley embraces the medicalized body • Encountering John Muir in bear country • An interview with indie press Milkweed editions • Jeremy Atherton Lin on the literary history of gay and lesbian bars • Five books you might’ve missed in January • Alix Kates Shulman and Honor Moore on the writings that launched the women’s liberation movement • Janet Skeslien Charles on researching Dorothy Reeder • Will Self on what we mean by the literary canon • Michelle D. Commander unearths the lives of her formerly enslaved ancestors • Kathryn Nuernberger on the very rare case of a male witch’s execution

From the archives: the first reviews of every Toni Morrison novel • White Teeth, A Visit From the Goon Squad, Letters to a Young Poet, and more rapid-fire book recs from Emily St. John Mandel • Back in 1885, critics called Mark Twain’s Adventures of Huckleberry Finn both a “tour de force” and “a piece of careless hackwork” • New titles from Patricia Lockwood, Roberto Bolaño, and Bill Gates all feature among the Best Reviewed Books of the Week

It’s Bourne’s universe, and we’re just living in it: Joshua Hood on continuing an iconic character • Elle Cosimano introduces a new generation of crime writers who started in YA • Molly Odintz on the many crime careers that begin during maternity leave • Dwyer Murphy wants to know why Raymond Chandler hated Strangers on a Train so intensely • Helen Cooper reads Tess of the D’urbervilles as a work of suspense • Olivia Rutigliano looks at films where villains get captured—but it’s all part of the plan • Russell Shorto on mid-century gambling and small-city mobs • Read around the world with February’s best international crime fiction • Martin Edwards on The Man Who Didn’t Fly, a most original mystery • A roundtable discussion with the women driving a new wave of espionage

Annie and the Wolves 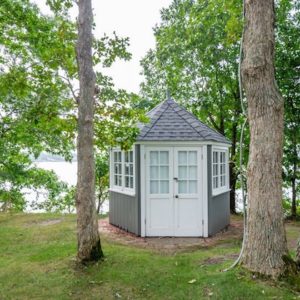 If you're like me, the millions of dollars you set aside for travel and leisure in 2020/2021 are now burning a hole in your...
© LitHub
Back to top