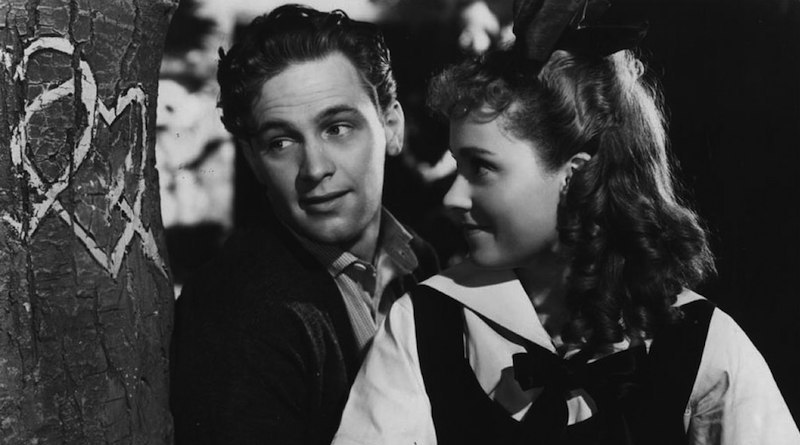 Howard Sherman on the Thornton Wilder-Approved Radio Play,
Act 4 of Our Town

“George Gibbs is one of those extreme individualists. Oddly enough, it makes George Gibbs the best soldier because he values all of the acquired liberties of civilian life and yet resigns them—proudly and knowingly—for one great end.”

In an era where cinematic universes of multiple interlinked films have become the norm, long after films of high quality and low have received multiple sequels, it is still jarring to find a seven-page radio script which is declared to be Act 4 of Our Town. After all, the play concludes with such finality, having transitioned from the living world to what lies beyond, and seems complete unto itself.

To be sure, Our Town inspired numerous homages and response works on a variety of platforms. While Thornton Wilder opted not to have an official hand in subsequent or derivative works, such as efforts to create both radio and TV series based on the play, there was this one little-known exception. The extensive collection of Wilder’s papers at the Beinecke Library at Yale University reveals that the three-time Pulitzer Prize-winner was among the first to expand upon the world of Grover’s Corners.

Following his enlistment in the military in World War II, only ten days before he would age out of eligibility for active service, Wilder reported for training in Miami, Florida, on June 27, 1942, having completed the screenplay for Shadow of a Doubt. In what was surely a most unusual training exercise, Wilder quickly participated in what was referred to as Act 4 of Our Town for the program Contact, broadcast out of WKAT in Miami on July 8.

Wilder was designated as “Soldier of the Week” on the program, and he engaged in prepared chat with one of the hosts, who prompted him to ponder how war might have influenced his earlier works. After saying that he would have written his novel The Bridge of San Luis Rey “differently,” Wilder said, “Our Town could provide a fourth act, showing the characters of that New England village living under a state of war.” First, speaking of his Our Town character George Gibbs, Wilder took listeners to his then-current location, musing “I’d like to think of his training down here at Miami Beach, but full of thoughts of his New Hampshire home, Grover’s Corners.”

Act 4 of Our Town is a piece of wartime inspiration, not a genuine dramatic construct, written solely for radio and evidently heard only once.

In this heavily narrated coda, Wilder essentially took on the role of the Stage Manager from the play, describing a beautiful Miami sunrise, before listeners heard Corporal Gibbs being awakened by a sergeant. Wilder went on to speak of the special independent qualities of both New Hampshire and Vermont boys—no concern about the play’s out-of-state marble rivalry here—which made George “the best solider.”

Then the audience was taken back to Grover’s Corners itself, the home front.

A narrator delivered a bulletin saying that Captain Ezra Hawkins of Grover’s Corners—perhaps kin to the railroad man Shorty Hawkins referenced in the original play—had been captured by the Japanese and that town folk had trouble wrapping their heads around such a fact. Another local boy, Chet Foster, who flew a B-17 in the Pacific theatre, had landed in the water, and was presumed lost.

A parson character, rather than Wilder, repeated the speech from Our Town’s Act III about the Grover’s Corners boys who fought and died in the Civil War, and Wilder reminded listeners that George was just one of 11 million soldiers, “a speck,” who hopes the war will “be thorough and quick, and on that he’s centered every part of his mind and body.”

A Variety review said the piece was “highly articulate” in its portrayal of “the physical and psychological effects of the conflict on the citizens of Grover’s Corners.”

Act 4 of Our Town is a piece of wartime inspiration, not a genuine dramatic construct, written solely for radio and evidently heard only once. Any attempt to actually append Act 4 to Our Town would prove impossible, diminishing the impact of the play and confusing not only the audience but likely the actors.

If one were to marry the chronology of Our Town with the dates of World War II, George Gibbs would have been roughly 58 years old in 1943—out of the age of active service even during a global conflict. As if that weren’t sufficient to dissuade anyone from attempting to add Act 4 to the official Our Town, in Wilder’s WKAT radio imaginings, George’s wife Emily has not died. While the sole movie adaptation of the play altered the ending so that the play’s Act III is a fever dream of Emily’s during childbirth, her actual passing into the great beyond is central to the play’s effect.

Given how electronic media has overwhelmed the attention given to theatrical work nowadays, it may seem surprising that a military-oriented broadcast would use a work of theatre as the basis for a bit of wartime spirit-building. Yet even in five years, Our Town had played nine months on Broadway, generated national tours, twice been adapted for radio, and released as a film, not to mention more than 650 licensed productions in only its first 18 months. In that era, the play was perhaps seen simply as part of the recent zeitgeist, before it passed into classic status.

As a classic it has been adapted, referenced in other fictional works, and parodied, with stories told by an avuncular homespun narrator sufficiently recognizable as paying homage to Our Town. Its minimalist style was the basis for a George S. Kaufman comedy sketch on Broadway not long after Our Town’s original run, and it has turned up on such TV shows as The Nanny, St. Elsewhere, Cheers, and Children’s Hospital. Purists may bridle at how the play has been mimicked, parodied, and critiqued over the years. But it’s worth remembering that when it came to using Our Town as a template for other messages, in this case in service to his country, it was Thornton Wilder himself who stood at the head of the spin-off line, 78 years ago. 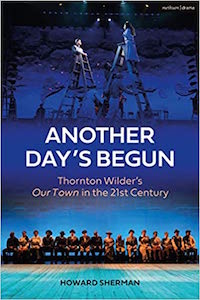 This article is excerpted and adapted from Another Day’s Begun: Thornton Wilder’s Our Town in the 21st Century by Howard Sherman (Methuen Drama, $26.95). Quotes from Act 4 of Our Town used by permission of The Wilder Family LLC and The Barbara Hogenson Agency, Inc. All rights reserved.

Howard Sherman is a theatre administrator, writer, and advocate. He has been executive director of the American Theatre Wing and the O'Neill Theater Center, managing director of Geva Theatre, general manager of Goodspeed Musicals and public relations director of Hartford Stage. He has also interim director of the Alliance for Inclusion in the Arts. Since 2012, he has been the US columnist for The Stage newspaper in London, and in 2018 was named Contributing Editor of Stage Directions magazine. His writing has appeared in a number of publications including Slate, The New York Times, the Guardian, and American Theatre Magazine. He was cited as one of the Top 40 Free Speech Defenders in 2014 by the National Coalition Against Censorship and received the Dramatists Legal Defense Fund's “Defender” Award in 2015; he frequently consults, writes and speaks on issues of censorship in both academic and professional theatre. 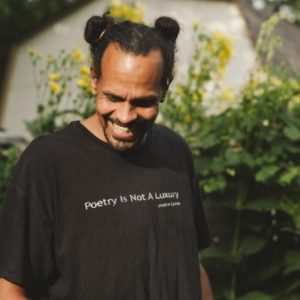