TODAY: In 1975, Thornton Wilder, seen here in the role of Mr. Antrobus in his play “The Skin of Our Teeth,” dies.

Here are the Lit Hub staff’s 50 favorite books of 2019 • What was the first book you fell in love with? The Center for Fiction’s 2019 First Novel Prize authors weigh in • On walking through the house where Louisa May Alcott wrote Little Women • Wisdom and vision from Toni Morrison • David James Duncan remembers Brian Doyle, the late, great writer who tried to “stare God in the eye” • Nick Fraser on Werner Herzog’s uncomfortable relationship with the truth • On the eve of WWII:

three days before the bombing of Paris • Lore Segal’s love letter to editors • Jonathan Miles remembers Larry Brown • True tales of a literary bartender • Naja Marie Aidt talks to John Freeman about creating meaning from the meaninglessness of grief • What makes a poem Jewish? • On (and in) the sewers that transformed Paris • The Impostor Poets of Iceland have issued their manifesto • On Elaine Stritch’s never-ending quest to get her due • J.M. Fenster examines the motivations of rule-breakers • On the subversive creatives who defied authoritarian rule in Zimbabwe • What your draft (and its problems) says about you • Sean Brock on the ingenuity, soul, and care that created “Southern cuisine” • Caroline Scott on her reading her mother’s unpublished novel, and writing her own • On Inès Cagnati, the French novelist who wrote powerfully about the immigrant experience • Angela Qian charts the progression of the lonely literary woman • What happened to rock and roll after Altamont?  • Mark Harris on the unapologetic—and still deeply resonant—politics of Howard Fast

The Art of the Hand-Sell: 13 indie booksellers rave about their favorite reads • 10 Sci-Fi and Fantasy Must-Reads From the 2010s: feat. N. K. Jemisin, Ted Chiang, Victor LaValle, Ursula K. Le Guin, and more • A year of literary listening: AudioFile‘s best nonfiction audiobooks of 2019 • Melissa Broder on Marguerite Duras, obsessive dreamers, and childless MILFs • Liesl Schillinger recommends 5 novels in translation about political transformations, from Roberto Bolaño’s By Night in Chile to Yevgeny Zamyatin’s We • In honor of Joan Didion’s 85th birthday, classic reviews of Slouching Toward Bethlehem, Play It As It Lays, and The White Album

Jon Land on Jessica Fletcher and the long afterlife of Murder, She Wrote • Paige Shelton recommends 10 movies that will make any kid into a lover of classic suspense • Radha Vatsal breaks down Willkie Collins’ complicated approach to marriage, on and off the page • All the crime books you need to read this December • Andrew Nette on the crime literature of the Vietnam War and its aftermath • Sarah Weinman on Dorothy B. Hughes’s oft-overlooked masterpiece of Hollywood noir • Nalini Singh on the crime stories of New Zealand • Camille LeBlanc has your guide to December’s essential crime TV • Alice Blanchard on how a childhood trip to Salem taught her to always root for the outsider • Lowlifes, junkies, ex-cons and desperados: Tanner Tafelski on the noir sensibility of Tom Waits

And the Pulitzer Prize in Podcasting goes to...

Deborah Levy on Playing With Dimensions of Time 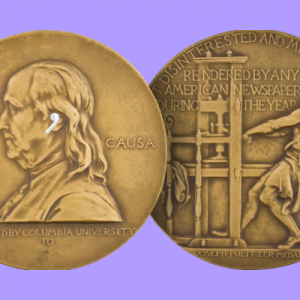 And the Pulitzer Prize in Podcasting goes to...

Something to look forward to in 2020: the Pulitzer Prize Board has announced a new experimental category, Audio Reporting. “The...
© LitHub
Back to top