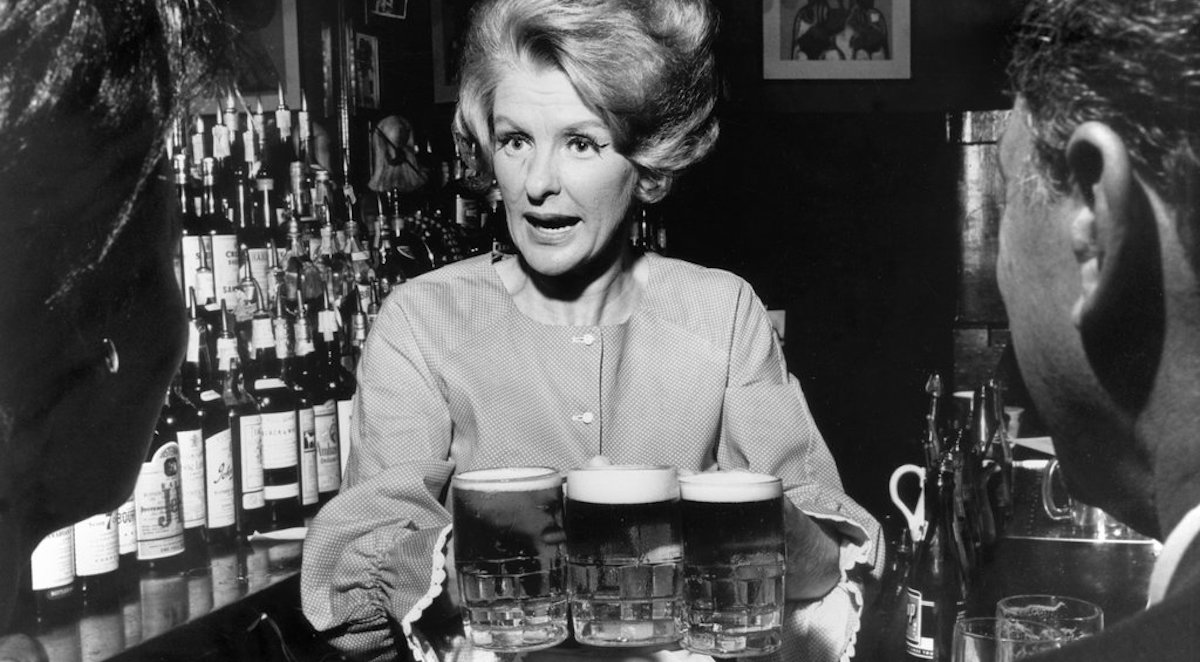 Elaine Stritch’s Never-Ending Search to Get Her Due

On Alexandra Jacobs' Biography of an Icon Still Here

Despite a stunning five-foot-ten figure consisting mostly of a pair of impossibly long legs and perfectly coiffed sunflower hair, Elaine Stritch was never really leading lady material. As early as her teenage years in Detroit, Elaine was beginning to separate herself from the stereotypical mold of a lovely woman, a feat which wasn’t hard for someone raised in a family where the usual Sunday night dinner evolved into a battle of wits.

While her older sister Georgene was being written up in Detroit’s society pages as she dived off the country club pool’s springboard “in a lovely suit of white trimmed with red,” Elaine was salaciously wagging her hips to Robert Louis Stevenson in her convent classroom. Sure, she was just as much a society girl as her two elder sisters, but there was something different about Elaine. Elaine had many boyfriends; Elaine skipped school and snuck out of the house; Elaine, on Sept. 26, 1943 at the age of 18, left Detroit for New York City, where she would attend a Catholic finishing school, commuting each afternoon from her uptown boarding house to the Dramatic Workshop at the New School.

From her early drama school days, it was clear that Elaine wasn’t going to be the next Greta Garbo. Brassy and sailor-mouthed with an inexplicable dark edge, and a bit of a clumsy dancer, Stritch fit much more snuggly into a camp of leading women that also included Fanny Brice or Ethel Merman. Though not possessing the dove coo-voice of Fanny Brice, nor the ever-expanding pipes of her comedic foremother Ethel Merman, it was women like these to whom Stritch could most closely relate—women who were strange, who were not at all bombshells, but were nonetheless gut wrenchingly dramatic and knee-bucklingly funny once they hit the stage.

But like Brice, Stritch’s come-up occurred at a moment when conformity was key to survival in show business, except women had to have the face and the voice not only for the stage, but for film and television as well. There were more learning curves, more poses to strike and cameras to locate—not to mention studios to impress and executives to cozy up to. Just being odd wasn’t going to cut it, especially if you were odd with a drinking problem. Still, the wry Detroiter was fiercely ambitious, claiming as her motto, “Why not!” and taking what was handed to her in stride. As Merman would write in her memoirs, “I’ve always suspected that Stritch’s glands worked overtime.”

Her first a-ha role would come in 1961, as the kooky cruise director Mimi Paragon in Noel Coward’s Sail Away. Of Strich’s 1999 reprisal of the role, Variety’s Charles Isherwood wrote: “[Stritch] has turned Sail Away into a one-woman show,” continuing, “As a colleague suggested, let’s have the whole thing turned into a revue with Miss Stritch leading the passengers—as she does now—in a wonderland she doesn’t care to explore.” The review would serve as an edict of sorts, prescient of what would become Stritch’s ultimate role: that of herself, at age 77.

Jacobs spends time investigating the Elaine Stritch we can only imagine—the woman who was never truly satisfied, who knew what she deserved and what she was capable of.

It’s the memory of seeing this show, Elaine Stritch: At Liberty, in 2001 that impelled Alexandra Jacobs to explore the very life Stritch was relaying—albeit embroidering and embellishing—to audiences who had finally, after six decades, embraced her. In Still Here: The Madcap, Nervy, Singular Life of Elaine Stritch, Jacobs unearths the life of a woman who became so beloved in her old age that many of us, especially of younger generations, never got the chance to know her prior to her 80th birthday.

Through rigorous fact-checking and exploration of a well of New York Public Library records, including interviews (perhaps Stritch’s favorite type of dramatic performance), gossip columns, and correspondences, Jacobs brings us into the world of a woman who lived a life defined not only by the roles she received, but the parts she never got. As Jacobs writes, she would not truly find a collaborator who grasped the full breadth of her character until collaborating with Stephen Sondheim on Company in 1970, at which time Stritch was no longer a recently graduated society girl or an eager twenty-something but an unmarried middle-aged woman.

Still, Jacobs spends time investigating the Elaine Stritch we can only imagine—the woman who was never truly satisfied, who knew what she deserved and what she was capable of, who knew when she’d been cast aside unfairly. It’s a deep exploration into the Mama Rose I’d never get to see torture her daughter, the Auntie Mame I’d never get to watch throw a boa over her shoulder.

I spoke with Jacobs about her book at Sardi’s, now a kitsch Times Square tourist depot, but once a chic forum for theater elites. The walls are absolutely littered with caricatures of stars and society folk old and new, but mostly old. There’s Barbra Streisand, and Dean Martin, and behind my own head there’s Elaine’s best friend, gossip columnist Liz Smith. As I sat behind a massive mound of Caesar salad, Jacobs summoned a mental image of Elaine gulping back vodka stingers and talking loudly, all while looking like a first lady. One gets the sense that Jacobs is not simply an expert in the universe of Elaine Stritch, but a lover of the theater and that moment in time.

Around the time that Jacobs’ father died in 2014, she decided to watch the documentary Six by Sondheim, which included a short clip from the D.A. Pennabaker documentary of Company. “I saw Elaine in it and was brought back to her performance in At Liberty in 2001, which I remembered vividly. It’s so unusual to have a 70-something-year-old woman perform a one-woman show on Broadway, especially in a men’s dress shirt and tights. It was a sensation.” Jacobs was able to attend Stritch’s memorial service a few months later. There, she learned about the existence of Stritch’s papers at the New York Public Library, which would serve as the basis for her five-year project.

“There’s more to her than just theater,” Jacobs said. “She [Elaine] had gender ambiguity before that was a thing. She just defied all these conventions. She cut her hair short, she had a low voice, she drank publicly in a very brash way before it was at all acceptable, she made it part of her public persona, in the way the Rat Pack was doing.” Even at the bar she was bold, improvisational, and hilarious—lacking, as Isherwood wrote in 1999, “the beautiful voice or the bland prettiness of an average ingénue, but croaking more captivatingly than most singers sing,” infusing her performances on the stage and in life “with a deadpan cynicism that’s corrosively funny, even when she’s racing through the dialogue almost dismissively.”

In the roles Stritch made famous and the songs she made her own, you can her communicating with us twice: once as her character and once as herself. In the “The Ladies Who Lunch,” a spoken-yet-bellowing ode to melancholia in a changing world, from Sondheim’s Company, Stritch is so synced up with her character that we don’t know who’s who. She spits lines like “Does anybody still wear a hat?” and we know she isn’t just asking if, but why. In “I’m Still Here” from Follies, she chants and pleads her way through a list of have-dones: everything from dancing in her scanties to reefers, vino, religion, and pills. It’s heartbreaking and hilarious.

For Sondheim’s 80th birthday concert on March 15, 2010, Stritch performed the song like it was her last, jumping up and down in her high heels and scarlett suit. The women who sat behind her, fellow performers at the concert, are all contemporary Broadway greats: Patti LuPone, Audra McDonald, Bernadette Peters. From the moment Stritch opens her mouth, the women are in awe—tearful, laughing, and in LuPone’s case, mouthing the lyrics. Watching them I get the sense that they are trying to eke out visages of themselves, 40 plus years in the future. Belting the line, “I should have gone to an acting school, that seems clear/And still someone said, ‘She’s sincere,’ so I’m here,” Stritch lowers her arms, nodding matter-of-factly, announcing herself as someone who’s continually said no to self-alteration, who’s played no games except her own.

The younger women watch as admirers of a survivor of another age, who had to work for the permission to exist, who really did have to jump up and down for her dear life in order to announce “I’m still here…I always was.” Stritch asked for attention in ways we still can’t imagine implementing today, using oddness and idiosyncrasies to communicate. As Hal Prince observed in Company rehearsals, she was always “a little out of step.” But it was that out-of-step quality that made her so electric, so exciting to watch. Even in later interviews she fell out of line with the behaviors expected of a legacy actress, putting down the beloved Betty White as lukewarm and boring and criticizing Lloyd Weber’s Cats before it was cool.

Jacobs’ book does not dwell much on Stritch’s time on 30 Rock or even At Liberty, instead focusing on the years before the golden ones—the rusty steel and verdigris years, in which Stritch would define herself by the roles she didn’t get. Perhaps she was too much herself too soon. And perhaps she wasn’t. Perhaps, all along, through Mimi Paragon and Joanne, and Walter Kerr’s reviews and Dorothy Kilgallen’s gossip columns, she was revealing to us her best role, that of Elaine Stritch—a bawdy and delectable one-woman show, who like Auntie Mame, contained rebel in her manner and her speech, who even as she sang “Everybody dies” somehow made us feel more alive.

Leah Rosenzweig is a writer in Brooklyn. Her essays and interviews have appeared in Slate, Buzzfeed, The Nation, and elsewhere. 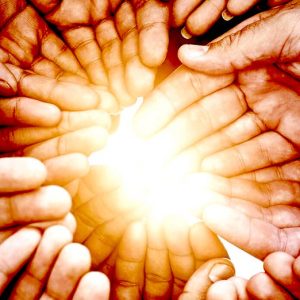 I first came across Peter Singer in 2006, via an article he wrote in the New York Times Magazine. He was discussing the “Golden...
© LitHub
Back to top