The True Tales of a
Literary Bartender

It’s a writerly dream come true: a cocktail based on your book, prepared by a dedicated bookseller who has pored over your pages for references to alcohol or even flavors and scents he can interpret to concoct the drink. Nick Petrulakis of Booksmith in Brookline is the literary bartender in this scenario.

“The history of alcohol and literature is both romantic and tragic,” Petrulakis told Lit Hub. “I try to focus on the romantic.”

Petrulakis crafts drinks for parties thrown by publishers for upcoming books and sometimes for launch events at his store. He doesn’t decant for every author launch—when we talked, he calculated that Booksmith had hosted a dozen events just in the last week—but “I make drinks if I love a book,” he said.

One recent example was the drink Petrulakis made for Andrew Sean Greer’s Less, which he called “almost perfect.” He crafted a cocktail called “What is Love?” based on a question posed in the book and adapted from the classic French 75. “I removed the foundation and it crumbled around me, and then put the pieces together,” he said, similarly to a character in the book who is “desperately trying to do everything correctly but making a mess of it.”

Petrulakis said Greer told him afterward that the French 75 was his favorite cocktail. A year later when the news came out that Greer had won the Pulitzer, he joked to Petrulakis, “Oh my God, what kind of cocktail do I get now?”

A writer himself, Petrulakis draws a connection between crafting a drink and drafting a story through multiple iterations. “It’s like writing. The idea that first comes into your head can be dramatically different,” he said. “Editing for bartenders makes a better cocktail.”

“The point is not to come away tipsy, but to partake of a good-tasting offering in homage of the author.”

At Petrulakis’s blog, Drinks with Nick, he posts recipes and discusses his process. He told Lit Hub, “Sometimes there are novels in which different forms of alcohol appear literally on every page. My reader’s copy looks like the dog got to it because I maul it as I read, looking for alcohol.”

Two things helped Petrulakis make his way to this heady hobby. One was his Greek heritage. “Beverages have always played a big part in my life. At any family gathering, it feeds into the camaraderie,” he said. In particular, he mentioned Metaxa, a Greek liqueur based on Muscat and botanicals, as a drink that’s often present on grieving occasions, along with black coffee—“unsweetened because it’s a bitter occasion”—and Biscotti.

The other reason was a cocktail renaissance that began about 20 years ago in New York City and San Francisco when Petrulakis was working at a bookstore called Books Inc. in Alameda, California. “You couldn’t get a decent martini in the 80s and well into the 90s,” he said. “Cocktails went away and got replaced with terrible mixers.” Petrulakis found the company of like-minded artisan cocktail makers at San Francisco’s Bourbon & Branch and Alameda’s Forbidden Island, where a re-embracing of tiki culture took place. “I was fortunate to live in San Francisco at the time when bartenders started to create wonderful drinks,” he said. “Before that, there weren’t 100 types of bitters you could get at BevMo; there were two.”

In Brookline, he brings his own collection of vintage glasses to serve the cocktails. “They hold two or three ounces of liquid so it’s crisp and cold from beginning to end, unlike the 16 ounces of today’s margarita glasses,” he said. “The point is not to come away tipsy, but to partake of a good-tasting offering in homage of the author.”

Petrulakis said he’s aware that alcohol may be a sensitive topic with some people or that authors in recovery may not want alcohol at their events. “I always have non-alcoholic options,” he said.

Essayist Kristi Coulter is sober; her book Nothing Good Can Come of This features an illustration of a wine glass on the cover. “We’re friends on social media so she reached out and asked if I could make non-alcoholic drinks,” Petrulakis said.

“Nick’s cocktails are so creative and delicious-sounding; he’s one of those true drink artists,” Coulter said. “One of my pet peeves in sobriety is that non-alcoholic cocktails tend to be really simple and sugary. It’s hard to get a non-alcoholic drink with bitter or herbal notes, for instance. It’s like bartenders assume that sober people are all seven years old or something.”

Petrulakis said sometimes a book’s content makes it clear that a cocktail based on it would be unsuitable. Tommy Orange’s There There for example, portrays several characters struggling with alcoholism and another who has fetal alcohol syndrome. “I didn’t think it was appropriate,” he said. Instead, he crafted “Red Feather’s Lemonade,” named for one of the novel’s characters, with simple syrup, lemon zest and juice, pureed strawberries and sparkling water.

“Authors accept the cocktail as I offer it, that I’m just trying to celebrate them and the work,” said Petrulakis.

Find alcoholic and non-alcoholic drink recipes from Petrulakis below. 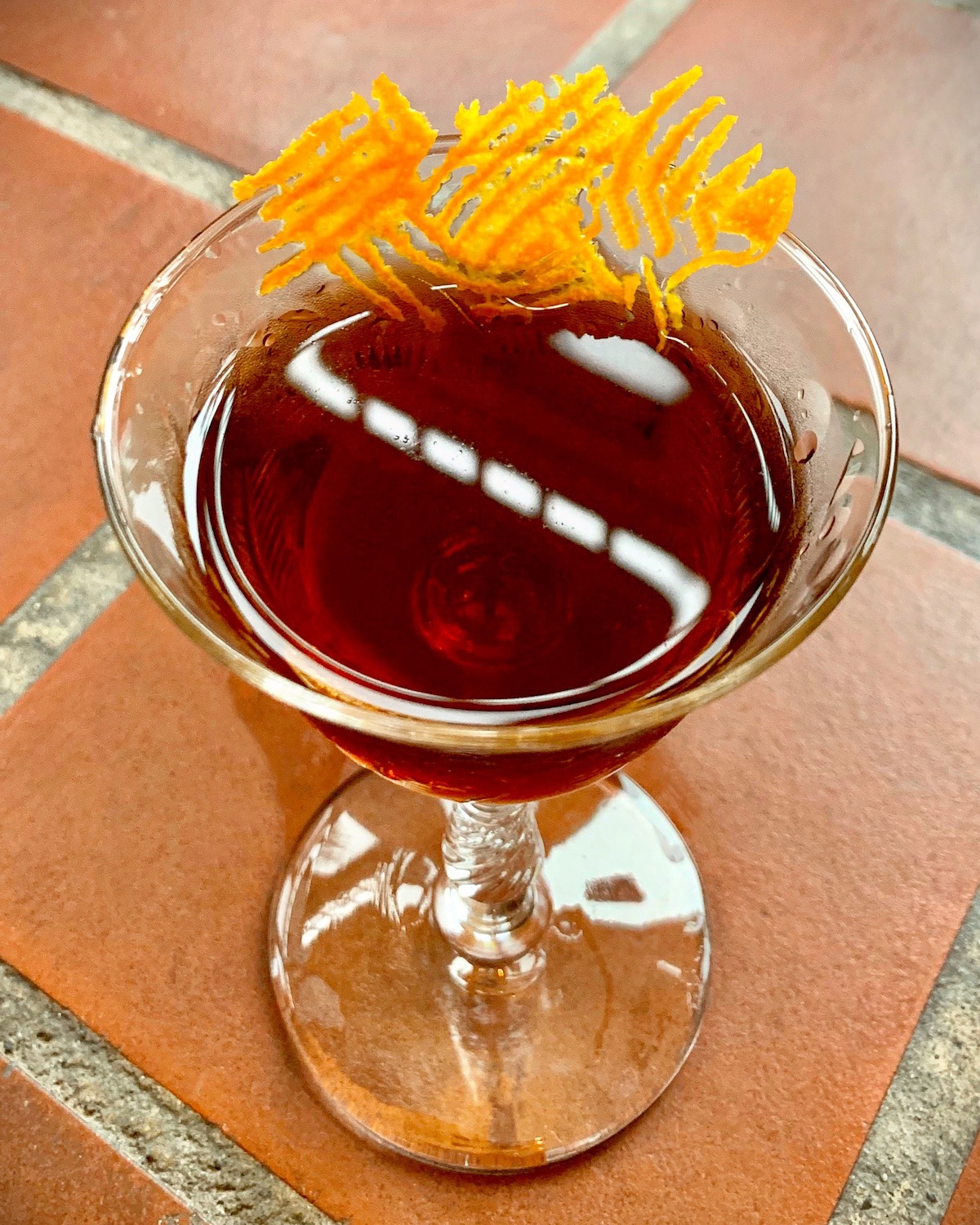 Dutch Coffee (inspired by The Dutch House by Ann Patchett)

Instructions:
Combine all with ice. Strain into a chilled glass. Garnish with the orange peel. 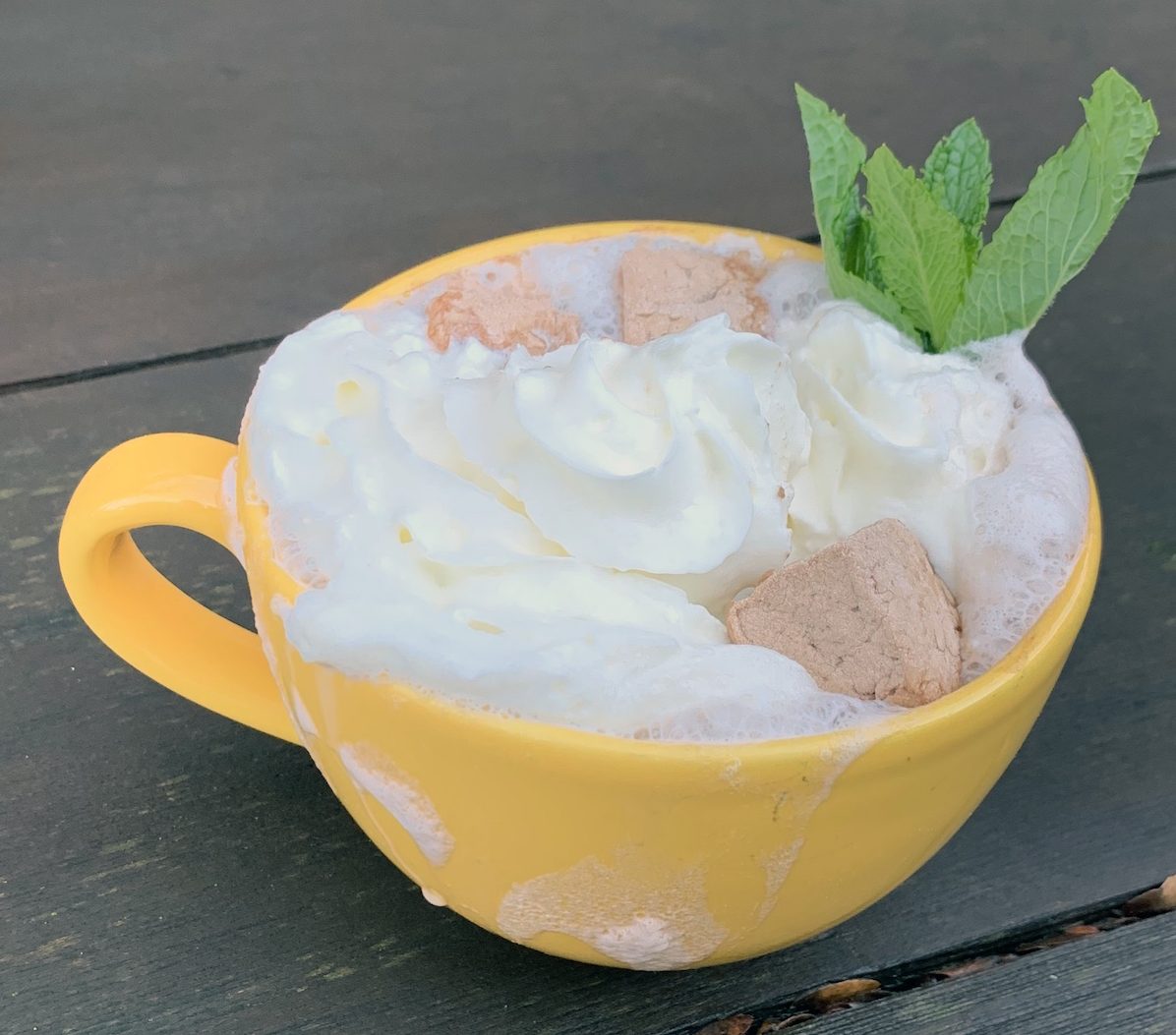 Instructions:
For mint-infused whipped cream: Add .25 c. sugar to 1.5 c. chopped mint and 3 tablespoons water to a pan. Mix and heat until water boils. Remove from heat. Let sit for 20 minutes. Strain through very fine sieve – press on the leaves to get as much liquid as possible. Allow to cool; you should have about .25 c. of syrup. Then, whip one c. heavy cream until peaks form. Mix in the syrup slowly.

This recipe was adapted to be nonalcoholic. You may substitute 2 oz. Johnnie Walker Black Label Scotch for the vanilla extract/water blend.

Erika Mailman is the author of The Witch’s Trinity and The Murderer’s Maid: a Lizzie Borden Novel. Under the pen name Lynn Carthage, she writes young adult fiction. She has written for Rolling Stone, the Washington Post, Diversity Woman and more.

26 Books From the Last Decade that More People Should Read 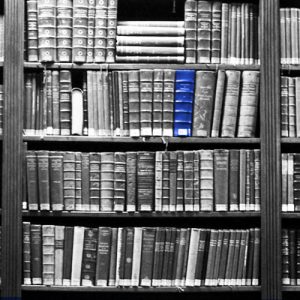 26 Books From the Last Decade that More People Should Read

With the end of anything comes reflection. We've been doing quite a bit of it here at Literary Hub, as you may have noticed,...
© LitHub
Back to top
Loading Comments...