Mary Szybist on the Poetics of Her Former Teacher

When asked in his Paris Review interview what he looks for in the poems he reads by younger poets, Charles Wright answered:

. . .[L]anguage that has a life of its own, seriousness of subject matter beyond the momentary gasp and glitter, a willingness to take on what’s difficult and beautiful, a willingness to be different and abstract, a willingness to put on the hair shirt and go into the desert and sit still, and listen hard, and write it down, and tell no one.

I don’t remember Wright explicitly saying this in his undergraduate writing workshops when I was his student, but it is what I came to understand in his classes—or something very like it. Regardless of whether I had the skill to take on “subject matter beyond the momentary gasp and glitter,” I understood that it was just as much my right as anyone else’s. His seriousness about poetry was always serious, no matter how funny, and his questions often seemed versions of this question: Was I willing to put on the hair shirt and go into the desert and sit still, and listen hard, and write it down?

Wright’s most important teaching didn’t come through explicit statement, but some of his statements (many from Halflife) have become so vital to me that I think of them habitually. Here are the five I hold closest.

1.
What you have to say, most likely, will not be news. How you say it just might be.

The first book by Charles Wright I ever picked up was Zone Journals. I remember standing in Daedalus Bookshop in Charlottesville and looking at the Cy Twombly detail on its cover followed by undramatic poem titles like “Yard Journal,” “March Journal,” “Night Journal.” Its abstract cover said: art.  Its journal poems said: life. This idea was not new even to me, but the experience of reading Zone Journals made this possibility real to me: a living person could make something extraordinary out of life experience that did not seem noteworthy by its facts. My experience of those poems was the experience of what I wanted life to feel like: a bright alertness in which time feels luxuriously ample. Every poem seemed to emerge from sitting still and listening hard. “A Journal of the Year of the Ox” observes

These monochromatic early days of October
Throb like a headache just back of the eyes,

As though they would break out of in speech and tell us something.

But nothing’s to be revealed,
It seems:

each day the shadows blur and enlarge, the rain comes

A dripping of consonants,
As though it too wanted to tell us something, something
Unlike the shadows and their stray signs,

Unlike the syllable the days make
Behind the eyes, cross-current and cross-grained, and unlike
The sibilance of oak tree and ash.

The “nothing” that is revealed isn’t news, but this particular experience of it might be. There is the intellectual evaluation in which “nothing” is conclusion; there is the drama of the “nothing” that is to be revealed. These different senses of the idea of nothing, cross each other. The accumulation and unraveling of “nothing” is similarly exhilarating in King Lear, but in Lear’s world we are terrorized with revelation. Here, something nearly the opposite happens: “Nothing is to be revealed, /I t seems.” It seems like revelation wants to break through. It seems as though it hasn’t. It seems that nothing is revealed. Wright takes us to the cusp of revelation: to its sibilance.

2.
Art tends toward the certainty of making connections. The artist’s job is to keep them apart, thus giving it tension and keeping it alive, letting the synapse spark.

Of course art bring things together into new relation, but Wright made me see how art often finds its life in how it keeps things apart. He taught us to be suspicious of my desire to make equal signs and to doubt metaphors that make things too completely or neatly analogous.

“How unlikely” Elizabeth Bishop’s speaker famously says in “To the Waiting Room,” and it is unlikeliness that moves through Wright’s work. He has said that “All [his] poems seem to be an ongoing argument with [him]self about the unlikelihood of salvation.” In “The Journal of the Year of the Ox” he asks

What is a life of contemplation worth in this world?
How far can you go if you concentrate,

Contemplation of unlikehood seems to me the bedrock of Wright’s poetry. “We should always write out of our ignorance and desire and ambition,” he said. “There is no success in poetry, there is only the next inch, the next hand-hold out of the pit.”

Recently, I’ve been living with Wright’s Sestets and its example of how form can point to, include, and continually return to silence. Each sestet is missing its octave, but the octaves, the “problems” of these partial sonnets don’t need to be spelled out. The problem, we know, is mortality. The question is salvation—of any kind. We carry the challenge with us, day to day through our lives, as the sestets do. They meditate on it, over and over, each like a prayer bead on a rosary that never promises to deliver you beyond its circle. Wright says he fell from grace when he was sixteen, but he describes his poems as devotions and compares them to prayer beads, each one in some sense circular, returning to where it began.

“The more luminous anything is,/the more it subtracts what’s around it. . ./making the unseen seen,” Wright says in “Yard Journal.” Wright talked about structure in much the same terms in his workshops. Stop thinking in terms of line breaks, he told us, and start thinking about lines. He pointed out how the emphasis of a line’s ending matters at least as much as the emphasis of its beginning, but what matters isn’t just the emphasis on the language but the language’s relation to the silence. He asked us to pay attention not just to possibilities that come with forms but to dependencies. Every line depends on the silence that comes before it and the silence at its end.

4.
Unless you love the music of words you are merely a pamphleteer.

I understood this from Wright: you can’t come up to face the brink of real silence without being willing to sing to it—or at least, to hum a little.

5.
Where else do we live but in our own constructions?

I suppose most of our constructions are ours only because we, consciously or not, inhabit them. There are few constructions in which I’d rather live than in a Charles Wright poem—a “way station just beyond silence.” I don’t claim to understand it, the peculiar, capacious power of his poems, the amplitude they build, how they allow me to wander, to be lost and held at the same time. Wright has taught me better than to call this prayer. But in his example I find encouragement toward making my own constructions to engage “the momentary gasp and glitter” and well as what might be, likely or not, beyond it.

Charles WrightMary SzybistNothingpoetryThe Journal of the Year of the OxThe Other Side of the River
Share:

Mary Szybist is most recently the author of Incarnadine, winner of the 2013 National Book Award for Poetry. She is the recipient of fellowships from the Guggenheim Foundation, the National Endowment for the Arts, the Rona Jaffe Foundation, and the Witter Bynner Foundation in conjunction with the Library of Congress. Her work has been awarded two Pushcart Prizes and has been supported by residencies at the MacDowell Colony and the Rockefeller Foundation's Bellagio Center in Bellagio, Italy. Her first book Granted won the 2004 GLCA New Writers Award and was a finalist for the National Book Critics Circle Award. 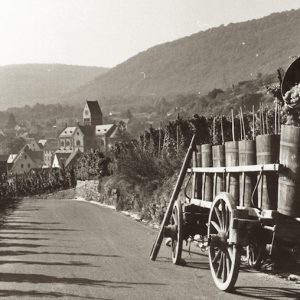 How do you learn the stories of people who are too impoverished, powerless, or uneducated to write their stories themselves?...
© LitHub
Back to top