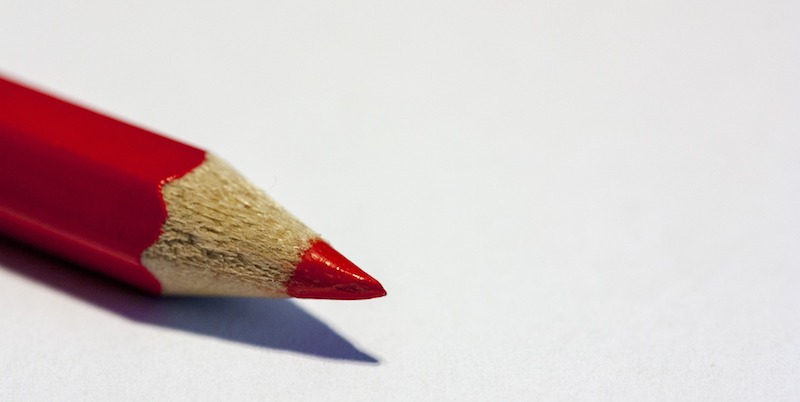 When our writing resists us—when it refuses to do as we hope—we often respond with ever more force, pushing it to bend to our will. We ask a friend to tell us which “darlings” to murder. We go through with a red pencil, slashing words.

But what if we looked at our early drafts differently? What if, instead of seeing them as adversaries to be wrestled into submission, or even as inchoate versions of our to-be-realized visions, we learned to read them as a kind of roadmap, reflective of the unspoken needs and confusions of our writing selves? What if the moments of resistance we encounter in our drafts—and in our drafting process—were trailheads, capable of leading us deeper into the work?

Below is a list of trailheads I’ve encountered in drafts of fiction, nonfiction, and poetry by friends, students, clients, and myself. I haven’t distinguished between genres, because in reading and revising any linear writing—which is to say: all prose and most poetry—I follow the same approach.

In the creative writing community, there’s lots of talk about writing that outsmarts the writer, about not trying to fully understand our own work. I appreciate mysticism as much as the next person (or more), but I don’t think our writing’s “intelligence”—its expression of meanings, impulses, and desires outside our control—is especially mystical. Like other areas of life we don’t fully control (i.e., all of it), the writing we produce can become a key to deeper self-knowledge, if only we learn to step back and read it that way. And, rather than persist with “solutions” that paper over or dismiss the quirks and deviations we experience as “problems,” we might instead embrace these moments of insubordination, approaching them as pathways to fuller expression of our visions and ourselves.

TRAILHEAD: Emphasis. Each scene (or line) ends with the same emotion, the same tone. Or a dynamic between characters shows up the same way four times. Or you know your rhetoric is getting inflated. Or you keep stating the same idea in new words.

MEANING: You’re insecure about what you’re saying. You fear what other meanings or emotion might be introduced or implied. You don’t yet fully believe what you’re insisting upon—in short, you’re trying to convince yourself.

Consider that maybe what you actually long to write about is something else. Where do your digressions lead?

PATH: Pay a visit to the opposite of whatever you are saying with such force. Face it, write it, see where it leads. Exploring it may allow you to let it in. Or to settle more securely on the idea, and allow the emphasis release.

TRAILHEAD: Paragraphs (or lines) 1, 3, 6, and 10 all read like potential beginnings—you aren’t sure which to choose.

MEANING: You don’t yet know what your story is; you haven’t figured out what you’re writing about. Beginnings and endings signal your subject; if the starting point feels highly changeable, it may be that you are writing about several things at once, and haven’t yet located the center of the work.

PATH: Get to the end of your draft. Then, try beginning with one of the ‘beginnings’ from later on, since we often arrive later at what is the central subject of a work. Try out beginnings until you find one that suits the end—not because they say the same thing or even have the same subject, but because they suggest some harmony, two ends of a shared in-between.

TRAILHEAD: Repetition. The draft keeps circling back to the same idea, the same kind of scene, the same image; it doesn’t seem to move.

MEANING: This situation is similar to both of those above, but the cause may be different: you have lost the thread of your subject; you are trying to keep yourself on track by repeating—reorienting—yourself.

PATH: First, consider that maybe what you actually long to write about is something else. Where do your digressions lead? Ask: am I forcing the subject here, exercising a kind of discipline because I think I must? Why is it hard to stick with my subject—because I’m afraid of it, or because it’s not really my subject, after all? Maybe what you are writing exists somewhere to the side of what you think you are writing; maybe you ought to let go of what you intend to do. Or maybe the repetition is a sign that you’re struggling to move forward in the work, beyond your starting point. In this case, you may want to try leaping ahead, to what you imagine as a potential ending, and fill in the rest later, if it even needs to be filled in (it might not).

TRAILHEAD: Withholding information. You keep thinking, I can’t reveal that yet… maybe I’ll give the reader just a hint.

PATH: Try just launching into what feels exciting. Chances are, if you begin with it, you won’t lose your reader, but the opposite. Starting with the most dynamic material might give you and your reader more space to delve further into the juicy stuff.

TRAILHEAD: That was easy! A scene or moment opens up; the texture thickens. Perhaps, when you return to the passage later, you hardly remember writing it yourself.

MEANING: Here is where the energy lies, where the plot thickens—here’s the story that can live on its own, smarter than your conscious self.

TRAILHEAD: You can’t get your draft to fit the structure you’ve envisioned.

MEANING: You’re forcing the issue; the structure you have in mind doesn’t fit.

PATH: Consider the structure that’s already present—especially in the parts that feel most resistant, the parts you think need to change. How would you describe it? Can you envision this structure extending more globally? If not, turn to models of structure other than the one you have in mind, crossing genres as you look. Can you imagine using some of these structures yourself?

TRAILHEAD: Tons of adjectives and other descriptors.

MEANING: You haven’t yet figured out exactly why you’re including the things you’re describing; you haven’t pinned down their meaning, emotional tenor, or tone.

PATH: Consider the descriptors you have, and the things they describe. Perhaps the detail you’re describing doesn’t need to be included—maybe that’s why you’re unsure how to cant its meaning. Or maybe you’re certain it does need to be included, but you don’t know why. Write somewhere separate about why it’s important. Then, using the information the exercise generates, choose the descriptors that best fit.

MEANING: You’re trying to shift gears—between voices or perspectives—but you don’t know how. Or, there’s a second voice, subterranean, a bit repressed, that is trying to speak out.

PATH: Try removing the parentheses; try giving the “other” voice more space; try letting it sit in the lead.

TRAILHEAD: Desire to “put it all in,” include everything. (Oh, how I struggle with this!)

MEANING: You’re still in the early drafting stage, still writing less for a readership than for yourself.

PATH: That’s fine—we all benefit from drafts written for ourselves. Stick with it, complete it this way, do “put it all in,” and then save it as such: VERSION FOR ME. Do this before you “open the door” and let the reader in, and each time you make a necessary cut, remember: you still have all the pieces saved, protected, and recorded, in the for-yourself version you made.

What trailheads and pathways are missing? Please add your own.

Helen Betya Rubinstein's essays and fiction have appeared in The Kenyon Review, Gulf Coast, The Paris Review Daily, and elsewhere, and her opinions in The Chronicle of Higher Education, Jewish Currents, LA Review of Books, and The New York Times. She currently teaches at The New School, and works one-on-one with writers as a coach.

The Impostor Poets of Iceland Issue a Manifesto 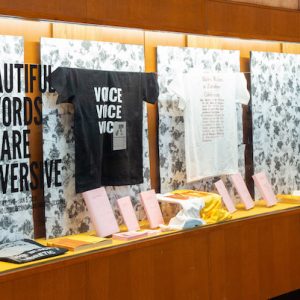 Next year will mark the 40th anniversary of Zimbabwean independence, which came after nine decades of colonial rule, 15 years...
© LitHub
Back to top