TODAY: In 1903, the first of G. K. Chesterton’s short stories, “The Tremendous Adventures of Major Brown,” appears in Harper’s Weekly.

Why Hemingway lives on in the imaginations of thousands of comic book artists • Anuradha Roy on the importance of companionship, animal and human both • Richard Jean So on the inertia of whiteness in post • On the challenge of creating a new generation of Octavia Butler covers •

On riding the metro in Rome, translating poems • On young Mozart’s life with Leopold, and the origins of his First Symphony • Adam Scovell in praise of literature’s master of scary stories, M.R. James • Ken Layne on the desertscapes of a young William Burroughs • The Bookstore at the End of the World recommend their favorite books of the year • Eduardo Halfon, on the most unique reading he’s ever given • Gabrielle Bellot on Virginia Woolf’s interpretations of malady, and the complexities of writing through a pandemic • Cynthia Tucker on the long road ahead for an America at war with itself • Rob Spillman on what happens when your Twitter account is stolen and you can’t get it back • Christa Parravani on the high barriers to abortion access in contemporary America • Willie, Dolly, Enrique, and the country-pop crossover that changed everything • How Robert Musil slowly discovered the man without qualities in his early writing for the stage • Kelly Coyne on who gets to be loud in America • AI systems are as much a tool of whiteness as any other system of power • Five great holiday audiobooks for the young readers in your life • “Stonehenge might once have been largely a wooden structure.” Wait, what? • Barry Lopez on the life of Richard K. Nelson • Some of the writers, editors, and great literary minds we lost this year • Starting our countdown of The Biggest Literary Stories of the Year: here’s 50 to 31, 30 to 11, and you can read 10 – 1 on Monday!

Cancelled ceremonies but plenty of prizes: here are the award-winning novels of 2020 • The best reviewed mystery and crime, graphic literature, and literature in translation of the year • The Haunting of Hill House, Jane Eyre, The Master and Margarita, and more rapid-fire book recs from Carmen Maria Machado • Lamorna Ash recommends five great books about the sea, from To the Lighthouse to Moby-Dick • From the archives: a classic review of A Christmas Carol, originally published on this day in 1843

International intrigue abounds in the year’s best spy fiction • Walter Mosley on Devil in a Blue Dress, 30 years later • Gray Basnight asks, how many of the greatest crime books of all time have you read? • Lisa Levy with 2020’s best psychological thrillers • The best true crime books of 2020 • The best debut crime and mystery novels of 2020 • The best gothic fiction of 2020 • Dwyer Murphy on Tinker, Tailor, Soldier, Spy and the greatest office Christmas party ever filmed • Graphic Content: Ed Brubaker talks private eyes and pulp fiction with Alex Segura • Olivia Rutigliano on Home Alone and its questionable lessons for adulthood

Frances McDormand and Sarah Polley are bringing Women Talking to the big screen. 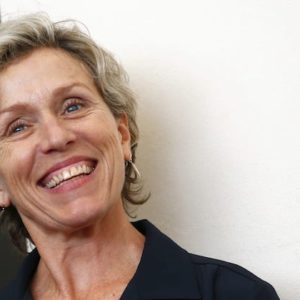 Frances McDormand and Sarah Polley are bringing Women Talking to the big screen.

It's supremely gratifying to look upon a piece of literary adaptation news and think to yourself: perfect. Such was the warm,...
© LitHub
Back to top