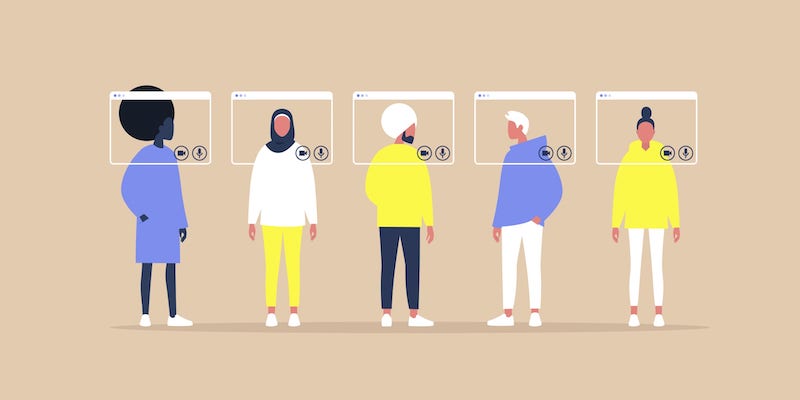 On Artificial Intelligence, White Supremacy, and the Military-Industrial Complex

Having formed in the largely white military-industrial-academic complex, artificial intelligence (AI) has served the dominant interests of that world. It has been a tool in the arsenal of institutions predicated on white supremacy. But beyond that, AI also reproduced the shape of whiteness as an ideology. As an ideology, whiteness has always had a nebulous and shifting character. Who is “white,” when, where, and how is historically a contradictory and dynamic affair, one that cannot be reduced to a simple phenotypic matter of “white” versus “non-white.”

Yet the shifting trajectory of whiteness as an ideology has been consistently steered by the aims of empire and capital. Whiteness has been shaped by the need to accumulate land, maintain the supply of unfree labor, and, in settler-colonialist societies, erase indigenous peoples. The nebulous and shifting character of whiteness helps it to flexibly cater to these tangible aims—and to do so while reinforcing, as projects of empire and capital always have, patriarchy and heteronormativity. When overt white supremacy became less tenable as a result of resistance, a logic of white supremacy manifested in other ways, from how the bureaucracies of banking and housing operate to how “merit” is understood in the school system—facts that induce individuals to become more invested in an artificial “white” identity. Whiteness is therefore simultaneously a fiction that lacks coherent grounding and a devastating reality that shapes tangible relations of power.

To understand AI’s formation, trajectory, and function, I argue that it should be viewed as a technology of whiteness: a tool that not only serves the aims of white supremacy but also reflects the form of whiteness as an ideology. AI takes the form of a makeshift patchwork; its nebulous and shifting character is used to serve a social order predicated on white supremacy.

1. AI is a technology that serves whiteness by advancing its imperial and capitalist projects. In the hands of a flexible expert industry, AI has been used to advance neoliberal visions of society, to sanction projects of dispossession and land accumulation, and to naturalize mass incarceration and surveillance. These projects are assisted by AI’s epistemic forgeries, which include the notions that AI practitioners offer a “universal” understanding of the self and that their computing systems rival human thought.

2. AI performs this service by mimicking the structure of whiteness as an ideology. It is isomorphic to whiteness in being nebulous and hollow, with its shifting character guided by imperial and capitalist aims. In computer parlance, AI’s nebulosity is a feature, not a bug. Nebulosity has made this endeavor amenable to reconfigurations in the service of powerful interests. Like whiteness, AI has been reworked to meet new social conditions and challenges. And like whiteness, it aspires to be totalizing: to say something definitive about the limits and potential of human life based on racialized and gendered models of the self that are falsely presented as universal.

AI takes the form of a makeshift patchwork; its nebulous and shifting character is used to serve a social order predicated on white supremacy.

The linkage to whiteness sheds light on AI’s trajectory. It helps explain how AI gets continually remade, with each iteration bringing a contradictory mix of narratives about the self. Relying on this nebulous and shifting character, AI has indeed moved far from its overtly militarized 1950s context. AI’s projects have since been shaped by social movements struggling against racism, economic inequality, state surveillance, and the criminalization of migrants. Such movements have changed mainstream political sensibilities; precisely the kind of change that the “makeshift patchwork” of whiteness must cope with. So when AI reappeared in the 2010s, it became the purview of “critical AI experts” concerned with issues like racial and economic injustice. With a progressive veneer, these critical experts ended up serving the same imperial and capitalist projects— notably, helping to sustain mass incarceration—but in more subtle ways than AI’s prior iterations. This was a case of adaptation: using AI’s nebulosity to reshape projects and narratives in response to challenges by social movements.

The linkage to whiteness also illuminates the institutional fabric that holds AI together. The experts and institutions that help to remake AI in the face of new challenges become invested in it much in the same way they are in whiteness. In their professional and privileged milieu, “AI” can therefore be invoked seamlessly. But as with whiteness, these investments imply that AI’s incoherent underpinnings must remain invisible. As George Lipsitz puts it, “As the unmarked category against which difference is constructed, whiteness never has to speak its name, never has to acknowledge its role as an organizing principle in social and cultural relations.” And just as with whiteness, the act of questioning AI’s universality or its ill-conceived basis exposes a kind of “white fragility” on the part of those invested. These ties between AI and whiteness suggest that AI cannot simply be lifted from its historical and institutional context and claimed as a liberatory technology.

Nonetheless, I try to highlight the dissent in AI’s orbit, and the points where practitioners reneged on their service to empire. Some AI practitioners challenged their field’s militarized agenda as well as its prevailing epistemic premises, including the very concept of “AI.” Some of these dissenting streams were motivated by visions of world building and caring for others. These alternative streams are not without their problems, but their record is valuable for making sense of the present, and for gauging the prospects of a radically different science of minds and selves. 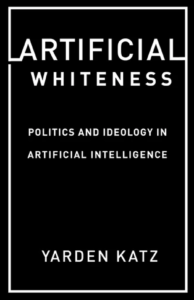 Yarden Katz is a fellow in the Department of Systems Biology at Harvard Medical School. He received his PhD in brain and cognitive sciences from MIT in 2014. 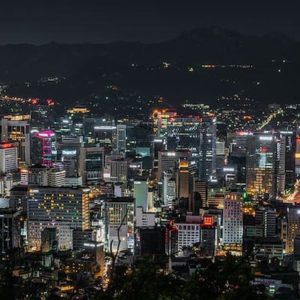 Editor's note: This piece was written in spring 2020 as South Korea was slowly reopening after its first wave of Covid-19....
© LitHub
Back to top
Loading Comments...