White Noise, White Silence: Who Gets to Be Loud in
Today’s America?

In August, a tweet from comedian Randy Rainbow resurfaced, sparking controversy: “Why is it OK to call it a ‘white noise’ machine, yet offensive to say that I bought it to drown out all the ‘black noise’ in my building?” At the end of June, a white woman was recorded shouting at her new neighbors for being noisy, calling them the n-word even though they were white. And in mid-June, in the midst of Black Lives Matter protests against police brutality, Donald Trump tweeted “THE SILENT MAJORITY IS STRONGER THAN EVER!!!” These instances are only a few in a long line of events this year that demonstrate an American myth that intertwines white dominance with silence.

Longstanding stereotypes that associate marginalized people with noise help uphold this myth. As Kate Wagner observes in an essay in The Atlantic, “The branding of racial and religious minorities as ‘loud’ is a common prejudicial trope.” And Kevin Quashie, an English professor, notes that Blackness, more specifically, “is often described as expressive, dramatic, or loud.” The Sonic Color Line: Race and the Cultural Politics of Listening by Jennifer Lynn Stoever, another literature professor, even goes so far as to explore how white Americans hear Blackness. She coined the phrase “the sonic color line” in order to describe a racialized process in which “certain bodies are expected to produce, desire, and live amongst particular sounds.”

The unexamined counterpart of this stereotype is the relationship between whiteness and silence. Breaking down the myth of white silence forces Americans to consider who has to explain themselves, and who has the right to remain silent.

Scholarship shows the history behind this myth. Critical race theorists like Toni Morrison and Richard Dyer critique the way whiteness is rendered neutral in Western culture. Nude-colored tights and concealer, for example, historically resemble white skin tones. Critical race theorists’ conception of white neutrality explains why it is often people of color American culture turns to when race is discussed: when whiteness is the norm against which all others are defined, white people do not have a race. Scholars of sound studies likewise challenge the common idea that silence is neutral. Michel Chion, for instance, argues that though silence is often associated with emptiness, it does not “actually come from the absence of noise.” In movies and TV shows, certain sounds—the ticking of a clock, for example—signify, and manufacture, silence.

White silence dominates its surroundings. We see it in figures like “the strong silent type,” an archetype whose silence echoes his mastery of his environment. Indiana Jones is a strong silent type, as is James Bond. We also see it in appliances like Randy Rainbow’s white noise machine, a noise-maker whose purpose is to cancel out noise that is considered disruptive. Touchstones like these work together to naturalize white dominance, rather than show how American culture actively works to maintain it.

Like many culturally policed boundaries, the line between “white silence” and “Black noise” becomes vivid upon transgression.

The white supremacy at the heart of the outgoing presidential administration has mobilized the mythology of white silence. And the myth pervades our culture from the highest office of the land to encounters on American streets.

On June 27th a video posted to the Internet showed a white woman calling her neighbors the n-word—even though these neighbors were white—while threatening to call the police on them for being noisy. In a Facebook post about the incident, Jessica Evans, the white woman who repeatedly used the slur, said that “Race wasn’t involved… Black people weren’t involved… Arabs weren’t involved.” The situation, in her words, was “just a white lady calling some meth heads the n word because they’ve kept me up EVERY night since they’ve moved in.”

Several things are happening here. First, Evans’s use of the slur demonstrates the long-held association between unruly noise and Blackness. When one of her neighbors told her not to use the slur, Evans responded by saying, “Do you think because you’re not brown you’re not a n—–?” Second, her denial that race had anything to do with the interaction because there were no Black or brown people involved is an illustration of the idea that white people lack a race, that only Black and brown people possess one. Finally, the irony of Evans’s behavior is that she is the one yelling in the video, as she seeks to silence her new neighbors—a classic example of white silence.

Donald Trump’s “SILENT MAJORITY” tweet, in all caps and ending in a series of exclamation points, was also anything but silent. A recent book by political scientist Daniel Gillion, The Loud Minority: Why Protests Matter in American Democracy, reveals the roots of this saying. The phrase “silent majority” was introduced by Richard Nixon in 1969, during the civil-rights movement and protests against the Vietnam War to suggest activists were a radical minority. For Gillion, the phrase “cut along racial lines” because prominent civil rights leaders opposed the war in Vietnam, in which a disproportionate amount of Black people fought and died. The repeated invocation of the phrase today tends to frame silence as the territory of a white majority.

The association between whiteness and silence, on one hand, and Blackness and noise, on the other, have also been used by white authority figures to temper Black political resistance. At the end of July, Katherine Kerwin, a councilwoman for Providence, Rhode Island, said in a statement that police responded inappropriately to a 911 call with a noise complaint. The noise complaint was directed at a wine bar that is a vocal proponent of Black Lives Matter, and it led to multiple police cruisers circling the bar after the music was turned down. “This is clearly an attack on the business, and not a valid noise complaint,” she said. “It is clear to me that what I observed was an attempt to harass a small business for bravely supporting youth organizers and working alongside community leaders to defund the police.”

And in August, after agreeing to answer questions about the investigation into the murder of Breonna Taylor by Louisville police, the city’s white police chief walked out of a committee meeting, declining to answer questions. Finally, during the vice-presidential debate, Kamala Harris famously told Mike Pence to let her finish when he continued to interrupt her during her allotted time.

But what happens when Black people try to claim silence? Like many culturally policed boundaries, the line between “white silence” and “Black noise” becomes vivid upon transgression. When Colin Kaepernick, years ago, knelt down in his famous silent protest of police brutality, he lost his job. When Christian Cooper asked Amy Cooper to follow Central Park rules and leash her dog so as not to disturb the birds he was watching, she called the police on him. What the NFL and Amy Cooper share in their responses to these requests is an attempt to maintain white territory.

White silence seeks to overpower Black voices. But like the white noise machine, it is loud. It is Donald Trump’s “chopper talk”: his insistence on speaking to reporters as the Marine One motor whirrs in the background, and then shouting that he cannot hear their questions. It is calling the police with a noise complaint. It is Mark McCloskey pulling out a gun, yelling at protesters outside his St. Louis mansion, and then saying in an interview that “there were hundreds of them, they were screaming, they were shouting, spittle was flying from their mouths.” Dismantling white dominance demands a consideration of how sound works to uphold this order. It asks that white silence be heard as the noise that it is.

Kelly Coyne has written for The Atlantic, The Los Angeles Review of Books, and The Millions. 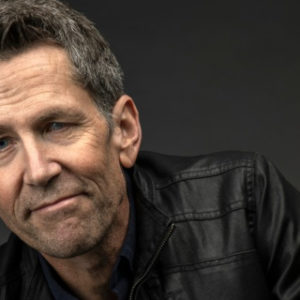 This week on The Maris Review, Jess Walter joins Maris Kreizman to discuss his book, The Cold Millions, out now from Harper. * On...
© LitHub
Back to top