Gerald Howard on the Start of an Era

The 1980s were an exciting and highly significant time in the evolution of the publishing format known as the trade paperback. Many tens of millions of book buyers had grown up buying and reading the so-called “egghead paperbacks” that were such a staple of the college curriculum and they had come to prefer these larger and more durable paperbacks to the cheaper (in a couple of senses) mass market editions.

I had a ringside seat to the growth and maturation of this market by virtue of working as an editor at Penguin Books from 1980 to 1988, under the inspiring editorial leadership of Kathryn Court. Kathryn’s remit, as the British say, was to make Penguin, which up until that time had mostly been a college adoption imprint selling significant numbers of Penguin Classics and Pelican nonfiction titles, into a frontlist force—and, moreover, a distinctly American one. This, she and the Penguin staff, which included me, Martha Kinney, Dan Weaver, Patricia Mulcahy, and later such distinguished editors as Nan Graham, Dan Frank, Mindy Werner and Dawn Seferian, definitively achieved.

Early breakthrough successes selling in the hundreds of thousands of copies included Jim Trelease’s Read-Aloud Handbook, Matt Lesko’s Information U.S.A., Robert Mason’s Chickenhawk, Garrison Keillor’s Lake Wobegon Days, Lester Thurow’s The Zero-Sum Society, Benjamin Hoff’s The Tao of Pooh, and Roger Fisher and William Ury’s Getting to Yes. By the mid-80s no one thought of Penguin US as simply a distinguished but slightly sleepy publisher of classics and academic nonfiction (though that part of the business remained crucial to us and was lovingly tended to). Penguin was still classy—people crushed on our orange-spined paperbacks (green for the mysteries)—but it had the knack of selling books and lots of them.

One of the special glories of the Penguin list in those years was the Contemporary American Fiction series. As the 80s began, Kathryn hit on the idea of the series as a way to bring attention to the distinctive voices in American fiction that we gravitated towards publishing—to create, in modern parlance, a brand for these books. Early entries in the series included Tom McGuane’s edgily excessive Panama and Edmund White’s exotic and hyper-refined Nocturnes For the King of Naples. (It was the latter book that actually made me think that Penguin would be a congenial place for me to work.)

In the first years of the series entries were confined to newly published titles that we were reprinting; later, the rules were expanded to include reissues of older books that still could be seen as “contemporary.” The books all fell under the rubric of “literary fiction,” that vague category that no one can define but everybody more or less understands. And over the next years the Contemporary American Fiction series published some of the most adventurous and exciting fiction American writers were producing.

As is so often the case, editorial passion conquered timid conventional wisdom, and literature was born.

This is just a partial list and it attracted a lot of justifiable attention, including a Carey-Thomas Award for innovative publishing. Our friendly competitors at Vintage, whom we often found ourselves bidding against at auctions for the same books, also took notice. And thus was born Vintage Contemporaries, a similar line of trade paperback fiction under the peerless editorial direction of the then-young Gary Fisketjon. Vintage outdid Penguin in two respects: the overall grid and unified design and illustration of the covers became instant classics, to this day recognizable signifiers of 80s culture. And on their first list they published Jay McInerny’s Bright Lights, Big City as a paperback original and it became an immediate sensation and probably, along with Bonfire of the Vanities, one of the two signature novels of the decade. Raymond Carver, Cormac McCarthy (with a reissue of his violent epic Blood Meridian), Frederick Exley, Peter Matthiessen, Susanna Kaysen, Denis Johnson, and Joy Williams also had books on the first lists of titles. In short order Gary Fisketjon followed up his trade paperback original success with two more high-impact literary publications in Vintage Contemporaries, Richard Russo’s Mohawk and Richard Ford’s The Sportwriter. Suddenly trade paper originals were hip and happening and the place to be.

We were of course stung over at Penguin and feeling competitive. We responded with our own first high-profile original in the CAF series, a very young David Foster Wallace’s The Broom of the System, which launched the career of perhaps the most extravagantly admired American writer of the past thirty years. And our reprint of Bret Ellis’s bestselling and unnerving debut novel Less Than Zero gave Penguin some needed downtown/nightcrawler cred, as did Catherine Texier’s Lower East Side-based Love Me Tender (well, not so much…), also a trade paper original, with a suitably dissolute Nan Goldin photograph on the cover. There was a lot of fun to be had in publishing in those years by being “Contemporary.” It was definitely a moment and people who worked in trade paperback in those years remember it fondly. The format had come of age.

However, no account of the trade paper original novel of the 80s would be complete without taking note of Kathryn Court’s publication of John Coetzee’s allegorical masterpiece Waiting for the Barbarians as a Penguin paperback in 1982. Coetzee’s second novel, which dealt in forthright terms with dark matters of colonialism and torture, had been seen by all the best hardcover editors in town and turned down. Kathryn was given the book at lunch by his agent, read it, and to this day I remember the passion she expressed for it at our editorial meeting. She browbeat a distinctly skeptical publicity and marketing department into getting behind the book and personally took every book review editor in town (there used to be such people) out to lunch and insisted that they pay attention to this book, even though trade paperback originals were usually given short shrift in the review department. It remains the nerviest piece of publishing I have ever witnessed, and one fine April day the payoff arrived in a form of a glorious front-page review by Irving Howe in the New York Times Book Review. Waiting for the Barbarians is now a recognized classic, as are other of Coetzee’s books, also published by Kathryn, and he won the Nobel Prize for Literature in 2003. As is so often the case, editorial passion conquered timid conventional wisdom, and literature was born.

From An Oral History of the Twentieth Century Revolution in Book Publishing, Buz Teacher and Janet Teacher, editors, to be published in fall 2021.

Gerald Howard is an executive editor at Doubleday. His essays and reviews have appeared in Bookforum, The New York Times Book Review, n+1, Slate and other publications.

What We Need: Anuradha Roy on Animals and Touch in Lockdown

How to Give Octavia Butler the Covers She Deserves 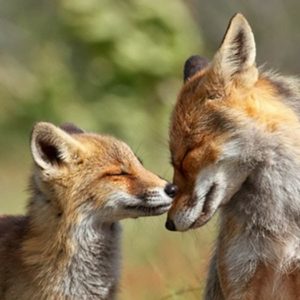 What We Need: Anuradha Roy on Animals and Touch in Lockdown At the hour when, in pandemic times, sleep tends to thin or spin into nightmares, I felt one of my dogs climb into my bed last...
© LitHub
Back to top