Was Stonehenge Just the Inner Part of a Huge Wooden Temple?

Roland Ennos on the Neolithic Desire for Permanence

On the north bank of the river Tweed in the Scottish Borders, overlooking Norham Castle on the English side of the river, is a strange church. Ladykirk, or Our Lady Kirk of Steill to give its full name, looks odd from the outside as it is strangely squat and roofed with huge flagstones. The inside, meanwhile, is dark, its thick stone walls and low stone vaulted roof being pierced by just a few small windows. The legend is that the church was built on the orders of James IV of Scotland in thanks for being saved from drowning in one of the deep pools or steills in the Tweed, possibly following his failed siege of Norham Castle in 1497. Its unusual all-stone construction was said to have been to enable it to resist “fire and flood” and so last forever. It is more likely, however, that James built it as a secure lookout post to allow him to keep an eye on the English defenders of Norham. Whatever its original purpose, even before it was completed, James was dead, cut down with the majority of the Scottish nobility and ten thousand Scottish soldiers on the battlefield of Flodden, following yet another of his opportunistic invasions of England.

But James IV was not alone in desiring a permanent memorial. From the Stone Age onward, ruling elites have attempted to build structures that preserved their eternal memory; and like James they have almost invariably chosen to do so by replacing the obvious building material, wood, with stone. As we shall see, though, this attempt has rarely been wholly successful, and architects have had to return to wood again and again to help support their buildings and make them habitable.

Even back in the Neolithic period, people were becoming dissatisfied with the ephemeral nature of wooden buildings. The large wooden halls they built rotted away at ground level after only thirty years or so. They abandoned them as dwellings, and instead, converted many of them into houses of the dead; they used them as mausoleums in which they deposited bodies, then covered the halls with earth, to form so-called long barrows. Cat’s Brain in the Wiltshire ceremonial landscape, which dates to around 3600 BC, is one such long barrow; the shadows of the postholes and of the imprint of the wooden walls in the earth are the only testaments to the barrow’s original design.

Later on, people constructed purpose-built tombs. They built the chambers with large upright slabs of stone, topped them with stone lintels, and covered the whole construction with earth to produce passageway tombs, chambered tombs, and smaller single-chambered tumuli. These Neolithic tombs are dotted across northwest Europe, many having lost the covering of earth to reveal the stark stone structures called dolmen that puzzled early antiquarians. The passageway tombs reached a peak of sophistication in huge Irish structures such as Newgrange, in county Meath, which dates from 3200 BC. The building consists of a huge circular mound, 250 feet in diameter and 39 feet high. A stone-lined passage extends 60 feet into the structure and ends in three chambers, each with a corbelled roof, where the dead could be deposited.

It proved fairly easy to construct stone buildings if they only had to house the dead. Unlike buildings for living people they did not need to be wholly watertight or have rooms that are large enough to walk around in. The builders could get away with low, narrow passages and small chambers that could be roofed with rough stone slabs. The idea of making ceremonial mounds, whether they contained graves or not, took off all over the world. In Britain, the fashion peaked around 2400 BC with the construction of Silbury Hill, Wiltshire. This huge conical monument is not just a simple pile of earth, but a cleverly planned stone structure; it was built using a single spiral of dry stone walls, which created gabions that were then filled with chalk rubble. The whole structure was finally waterproofed with a clay surface. Silbury Hill is huge, 128 feet high and 2 acres in extent, but it is dwarfed by the largest of the pyramids that were built in many other areas of the world: Mesopotamia, Mexico, the Andes, and, most famously, Egypt. The Great Pyramid of Khufu, the world’s tallest building for over thirty-eight hundred years, is 481 feet tall and still staggers the imagination of all who visit the site.

Even back in the Neolithic period, people were becoming dissatisfied with the ephemeral nature of wooden buildings.

These huge structures were largely made of stone, but their engineers still needed wood to cut the blocks. Quarry workers would first use mallets to carve a shallow groove into the stone along the desired line of fracture. They then placed radial wedges of dry wood into the crack and poured water on them. As the wood expanded tangentially, it split the stone, freeing the block and carving it into shape with little expense of energy. This technique would have been particularly important in Neolithic Europe, and in the Americas, where there were no metal tools to cut through the stone. The Egyptians also used cramps, I-shaped pieces of wood or metal, to join adjacent blocks of stone. They simply carved I-shaped impressions into the stones and inserted the cramps. The technique was most frequently used to key the bottom rows of blocks to the native rock, so forming a solid foundation for the whole structure.

In Britain late Neolithic people also developed another form of earthwork that could be impressive while demanding far less work and less complex engineering skills—henges. These are simple ring-shaped structures consisting of a raised bank with a ditch inside, but they could be built on a huge scale. The most impressive must surely be the little-known Thornborough Henges, near Ripon in Yorkshire, England, a group of three rings arranged in a crooked line replicating the arrangement of the stars in Orion’s Belt. Each ring is over 250 yards in diameter and 9 feet tall, and the belt is over a mile long. When first built, the banks were probably coated in the white gypsum that underlies the area, so the rings must have been a spectacular sight. Possibly as a way of making smaller henges look more impressive, people started adding vertical members along the top of the bank, or more commonly, within the henge. The remains of postholes in some, particularly the henges that lie dotted around the great ceremonial landscape of Wiltshire, show that these uprights were at first made of wood, like the totem poles of the Pacific Northwest Americans.

The best known of these structures is the unimaginatively named Woodhenge, which is sited just two miles northeast of its more famous neighbor, Stonehenge. With an overall diameter of about 360 feet, the henge is not huge, but inside it contains six concentric rings of postholes, the largest being about 140 feet in diameter. Of course none of the posts have survived, and since the Ministry of Works simply indicated their position in the 1950s using short concrete stumps, Woodhenge must be one of the most underwhelming tourist attractions in the world. In its heyday, though, Woodhenge would have been an impressive structure. The third ring of postholes from the outside were wider and deeper than the rest, suggesting that they held taller and thicker posts that supported a central ridgepole. Woodhenge has consequently recently been reconstructed not as a confusing array of vertical posts, but as a large ring-shaped building surrounding an open central area that contained ceremonial stones, like the bluestones of Stonehenge.

The position of Woodhenge, to the east of Stonehenge, and part of a ceremonial landscape that includes another large wooden henge, Durrington Walls, just 250 feet to the north, has recently led archaeologists to suggest that the wooden henges acted ceremonially as the realm of the living. This would contrast with Stonehenge, and other stone structures, which would have represented the realm of the dead. However, Stonehenge too might once have been largely a wooden structure. The central bluestones and the rings of sarsen stones that surround them are surrounded in turn by several rings of postholes, just as at Woodhenge. The stones could therefore originally have been covered or surrounded by a huge ring-shaped wooden building. The archaeological blogger Geoff Carter has even suggested that the sarsen stones themselves and their lintels could have acted as load-bearing structures in a huge wooden temple that completely covered the bluestones. The idea seems to me to be persuasive; otherwise ceremonies would have been open to the elements, a real problem on this bleak, windswept plain.

It is, of course, possible to make buildings entirely from stone that both stand up and provide shelter from the elements to living people, not just corpses. Stone buildings that are circular are particularly successful. The tiny circular trulli of Puglia, Italy, and the beehivelike cells of the Skellig Michael Monastery, off the west coast of Ireland, both make use of overlapping blocks of stone to form corbelled roofs that are rainproof, while at the other end of the scale Hagia Sophia in Constantinople and the Pantheon in Rome were roofed by huge stone and concrete domes. In a circular building, the roof stones interlock and support one another. However, it is much harder to use stone to roof rectangular structures. The Mycenaean Greeks did use corbelling to build rectangular buildings at Mycenae and Argos, but to make their buildings stand up they used massively thick walls and huge stone lintels. So when the ruling elites of Europe, the Middle East, and southern Asia sought to replace wood with stone to build more permanent and impressive temples and palaces, they all faced the same problem: how to build structures that were stable but still affordable. Their architects usually solved the problem by hiding wooden structures within the stone ones. The history of architecture can be seen as the development of increasingly effective techniques to harness timber to stabilize and shelter ostensibly stone buildings. 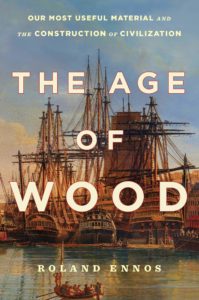 From The Age of Wood: Our Most Useful Material and the Construction of Civilization by Roland Ennos. Used with the permission of Scribner Book Company. Copyright © 2020 by Roland Ennos.

Roland EnnosScribnerScribner Book CompanystoneThe Age of WoodThe Age of Wood: Our Most Useful Material and the Construction of Civilizationwood
Share:

Roland Ennos is a visiting professor of biological sciences at the University of Hull. He is the author of successful textbooks on plants, biomechanics, and statistics, and his popular book Trees, published by the Natural History Museum, is now in its second edition. His new book The Age of Wood is now available via will be published  Scribner. He lives in England. 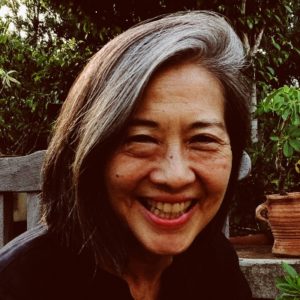