TODAY: In 1967, Upton Sinclair is invited to the White house to witness the signing of a new food safety law, The Wholesome Meat Act, by President Lyndon B. Johnson..

‘Tis the season to reflect on news cycles passed! We’re counting down the 50 most important literary news stories of the year: 50 – 41; 40 – 31; 30 – 21; 20- 11; and 10 – 5 • Sarahmay Wilkinson on the joys of designing the cover for a debut writer’s book • The novelist who works as a “seasonal associate” at Amazon • James Baldwin’s dispatches from the heart of the Civil Rights movement • The Center for Fiction First Novel Prize shortlisters on their early literary loves • Stacey D’Erasmo on the freedom of writing anonymously • On discovering the lost manuscripts of Nobel laureate Naguib Mahfouz • “Now, hardly a debutante, I am making my debut.” Because it’s never too late to start (or finally finish) that novel • The final judgment is here: the best book covers of 2018, as chosen by book designers • In praise of the long and complicated sentence • Screenwriter James Schamus on the business of storytelling in the age of the algorithm • Imagining a black, queer, Aboriginal Melbourne: on the urban design and activism of Lisa Bellear • On Nirvana’s legendary Unplugged set, 25 years ago this week • On the weird physical history of media and information • A highly specific, uncannily accurate literary gift guide for just about everyone in your life • Gabrielle Bellot on Sylvia Plath and the many shades of depression • How do you photograph the wind? Bill Buford on the Rachel Cobb’s photographic quest, Mistral • Tin House’s 20th Anniversary Issue, to be published in June 2019, will be the publication’s last

Dunking on Sean Penn, immolating James Frey, savaging Sean Spicer, and more of the Most Scathing Reviews of 2018 • From The Catcher in the Rye to Stuart Little: the author of The Dakota Winters, Tom Barbash, shares his five favorite books about New York • We take a look at the five books chosen for the National Book Foundation’s Literature for Justice program, which shines a light on mass incarceration in America • This week in Secrets of the Book Critics: Hannah Giorgis on Jamaica Kincaid, Vintage Addis Ababa, and Beloved Book Nerds • Leah Schnelbach on 5 Sci-Fi and Fantasy Books by Women to Bring You Into 2019 • Patricia Lockwood on Lucia Berlin’s stories, Doreen St. Felix on Michelle Obama’s memoir, and more of the Book Reviews You Need to Read This Week • Anna Burns, Val McDermid, Yan Lianke, and Rock Hudson all feature among the Best Reviewed Books of the Week

The CrimeReads editors attempt the exceedingly difficult exercise of selecting the very best crime and mystery releases of 2018 • The 15 best true crime books of 2018 •All the best reissues out this year • Life according to Ross Macdonald, in honor of his birthday this week • From 1348 to 1968, the year’s best historical crime and mystery novels • Ed Brubaker talks with Alex Segura about taking superhero comics into noir territory • Five action thrillers to check out this December •  A brief history of spy fiction, from spy novelist and former Director General of MI5 Stella Rimington • A look at the very best and most promising debut novels in the world of crime and mystery • From Killing Eve to Sharp Objects, ranking 2018’s best crime and mystery television • On economist Mary Jane Latsis and lawyer Martha Hennisart, who together demystified the world of financial crime under the pen name Emma Lathen • Crime in the far west of Ireland: Paul French guides us through Galway’s thriving crime-writing scene • A holiday gift guide for the true-crime obsessed, from true crime expert Tori Telfer • Mark Stevens on how reading the works of Patricia Highsmith helped him leave Christian Science 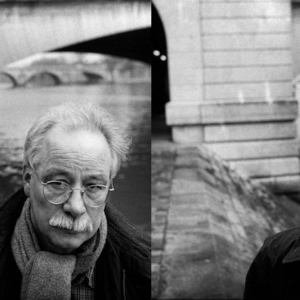