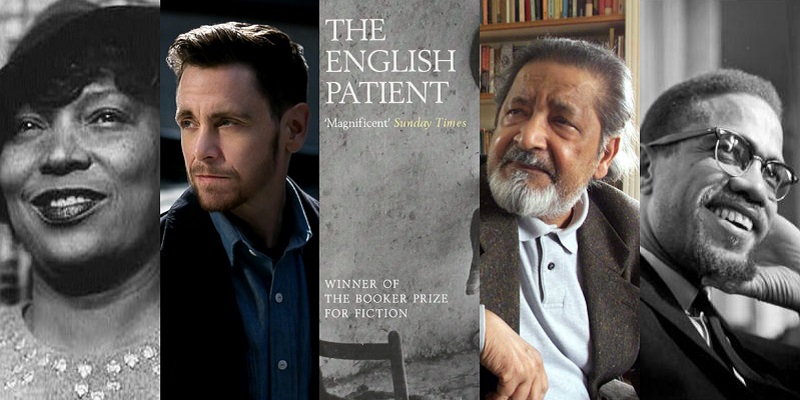 From Graphic Novels to the Rise of Trans Lit

30.
For the First Time Ever a Graphic Novel, Sabrina, is Nominated for the Man Booker Prize

Nick Drnaso’s graphic novel, Sabrina, was a dark-horse candidate for the Man Booker Prize this year, marking a major stride forward for the medium. (In fact, Zadie Smith called it “the best book—in any medium—I have read about our current moment.”) Although some people have likened the nomination of a graphic novel to song lyrics being described as poetry (sorry, Bob Dylan), others feel that these new forms of visual storytelling are “changing the shape of fiction.”

Before Their Eyes Were Watching God, there was Barracoon. In 1927, Zora Neale Hurston (an anthropology student at Barnard at the time) spent three months in Alabama interviewing Cudjo Lewis (birth name: Oluale Kossola), the last living survivor of the transatlantic slave trade. She compiled their conversations into a book, which no one would publish because

Hurston refused to alter the dialect. Barracoon is Kossola’s life story, in his words. Deborah Plant, who edited Barracoon, stands by Hurston’s decision, stating, “In maintaining the authenticity of the lore she collected, she revealed the humanity that was at the core of everything that was expressed in terms of the life and culture of African-American people.” For decades, the story lived in the archives at Howard University, but this past May, it was finally published by HarperCollins. Lois Hurston Gaston, the author’s grandniece, believes Barracoon’s publication is “especially timely given that our country is continuing to focus on our racial divide and the consequences of slavery.”

Gabriel García Márquez, Dostoyevsky and Ariel from The Little Mermaid: all three appear on the list of more than 4,300 books banned by Kuwait since 2014, for reasons ranging from “someone wears a bikini” (The Little Mermaid) to “a woman sees a man naked” (One Hundred Years of Solitude) and “it would just be weird if we didn’t include this one” (1984). (Fine, that last reason we made up.) The list, which the government acknowledged in August, is compiled and enforced by a 12-member censorship committee. The announcement brought protests from readers and activists in Kuwait, who voiced alarm at the book censorship against the backdrop of a growing conservative faction in Kuwait’s parliament. All this made for an awkward start to the Kuwait International Book Fair in November, which gathered more than 500 publishers from around the world to display books that the government is totally okay with, you guys.

In January, The New Yorker published a short story by Sadia Shepard called “Foreign-Returned.” Soon thereafter, on Facebook (where all bad things begin), Francine Prose accused Shepard of plagiarizing Mavis Gallant’s 1963 story “The Ice Wagon Going Down the Street.” The post was transmuted onto the New Yorker‘s letters page. “Scene by scene, plot turn by plot turn, gesture by gesture, the Shepard story follows the Gallant—the main difference being that the characters are Pakistanis in Connecticut rather than Canadians in Geneva,” Prose wrote. “Some phrases and sentences are mirrored with only a few words changed. Shepard, in an interview with the fiction editor Deborah Treisman, acknowledges a “great debt” to the Gallant story, and responded thus: “Prose’s assertions reflect both a profound misrepresentation of my work and a refusal to acknowledge the central role that cultural identity plays in my story. I believe that creating new work inspired by Gallant honors her legacy and might even bring her new readers, something that Prose and I no doubt agree she deserves.” Lots of other people had opinions too—mostly in Shepard’s favor.

In August, at the age of 85, the Trinidadian-British writer V.S. Naipaul died. The Booker and Nobel Prize-winning author of

A House for Mr. Biswas and A Free State was known for his caustic and witty interrogations of the legacy of colonialism and was praised by the Swedish Academy as “having united perceptive narrative and incorruptible scrutiny in works that compel us to see the presence of suppressed histories.” Unfortunately, Naipaul’s work was often overshadowed by the fact that he was not a nice man, and his passing this year reminded us all of that fact. As our own Gabrielle Bellot wrote:

How I loved the novels and stories of his I read early on. Naipaul is integral to our region’s literary history. He will never fade. [. . .] Naipaul incurred the wrath of Edward Said, amongst many others, for his repeated negative generalizations about Islam, which he viewed as catastrophic. Africa as a whole he deemed “an obscene continent, fit only for second-rate people” in a letter to Paul Theroux.

25.
The English Patient Wins the Super-Duper Golden Best Bestest of the Booker

Michael Ondaatje took home a golden trophy after his novel, The English Patient, won a public poll to determine the best Booker winner of the past 50 years. The Golden Booker was awarded to celebrate a half-century of the prize. At the ceremony, Kamila Shamsie explained why she chose

The English Patient as the best Booker winner of the 1990s, before Chiwetel Ejiofor performed an excerpt from the book. In his acceptance speech, Ondaatje maintained that he did not “for a second” believe that The English Patient was the best book on the list, and that it is “still cloudy, with errors in pacing.” He also said that he hasn’t read the novel since 1992.

After decades of mystery surrounding excised material from Malcolm X’s seminal autobiography, the Schomburg Center for Research in Black Culture secured one unpublished chapter called “The Negro” and an annotated manuscript for the published version at an auction this summer. The annotations, in particular, reveal fascinating editorial exchanges between the civil rights leader and the journalist Alex Haley, who was integral in bringing the book to life. Happily, these documents ended up at a publicly accessible site in Harlem rather than a collector’s private vault.

23.
The Rise (and Recognition) of Trans Lit

This year saw trans and gender non-conforming narratives gain wider attention than ever before, including several recent releases whose expansive approach to gender yielded complex, unique works of fiction. Books like Confessions of the Fox by Jordy Rosenberg and Freshwater by Akwaeke Emezi received recognition from The New York Times, which declared a “Coming of Age of Transgender Literature,” along with inclusion in a list by RL Goldberg, who outlined a corpus of works significant to the trans experience for The Paris Review. In a year where the Trump administration moved toward imposing a federal definition of gender that would deny the existence of trans people—one move among many in its anti-LGBTQ playbook—this literature asserted that to do so would be to deny reality.

22.
Anna March and the Summer of Scams

In the midst of the Great 2018 Summer of Scam, scandal came to the literary world with Melissa Chadburn and Carolyn Kellogg’s reporting on the alleged hustles and bogus fundraising of one Anna March. In an extensive story in the LA Times, the reporters charted March’s progress around the country, working her way into writing communities and arts circles under allegedly dubious circumstances. The crimes exposed in the report weren’t as heinous as many that came out in a summer full of imposters and scams, but the story shone a light on the particular vulnerabilities of a literary world where bona fides are easy to claim and hard to confirm and where connections and aspirations are often the stock-in-trade.

In July, The Nation published a poem called “How-To” by NEA Fellow Anders Carlson-Wee. You’re probably thinking “a poem is not news,” but this particular poem, while written by a white guy, was composed in African American Vernacular English, or, to quote a number of Twitter users, “literary blackface.” After being taken to task on Twitter, The Nation issued an apology, saying that publishing the poem was “a serious mistake.” (The apology also claimed that the editors initially read the poem as “a profane, over-the-top attack on the ways in which members of many groups are asked, or required, to perform the work of marginalization.”) Carlson-Wee issued his own apology, and said that he would be donating his

honorarium to the Downtown Congregations to Prevent Homelessness in Minneapolis. The whole thing was a thoroughly foreseeable mess, but at least we got some Good Twitter out of it, including a response poem by donte collins called “How Not To.” Words to live by in 2019.
Anders Carlson-WeeAnna MarchFrancine ProseGolden Man BookerKuwaitMalcolm XMichael OndaatjenewsSabrinaSadia ShepardscamsscandalThe English PatientThe Nationtrans literatureV.S. NaipaulZora Neal Hurston
Share: 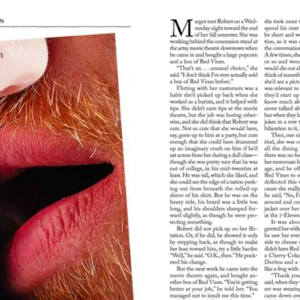 From plagiarizing poets to the Well-Read Black Girl empire: the countdown continues of this year's top literary stories....
© LitHub
Back to top