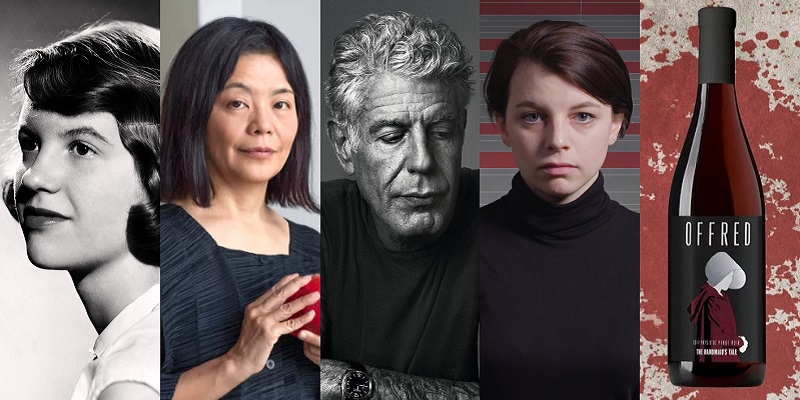 From Lawsuits to... Lawsuits

In May, Fight Club author Chuck Palahniuk found himself nearly broke after his agent’s accountant, Darin Webb, was charged with embezzling $3.4 million. (As a result, he’s had to stop giving away plastic severed arms at his readings. Adjustment Day is here!) This fall, the Chamber of Secrets opened up and J.K. Rowling noticed some money missing. She is suing her former assistant, Amanda Donaldson, for

£24,000. Donaldson was accused of making some outrageous unauthorized purchases, including $1,900 worth of candles. And she allegedly spent $1,577 on cats. Yes, cats.

A previously unpublished short story by Sylvia Plath will appear in January 2019 from Faber & Faber. Plath wrote “Mary Ventura and the Ninth Kingdom” when she was 20, while at Smith College, the story of a young woman put on a train by her parents and left with a mysterious woman to be her guide. Plath scholar Peter K. Steinberg sees this story as her attempt to “feminise and modify” biblical stories, with an added dash of Dante’s Divine Comedy. In 2016, a carbon typescript of the story (as well as a rejection letter from Mademoiselle magazine) was sold for $799.

Everyone was really excited when The Paris Review named Emily Nemens as their new editor this summer, replacing Lorin Stein who had resigned at the end of last year amid allegations of sexual misconduct. The seventh editor and the second woman (as Brigid Hughes was recently un-erased from her role as executive editor after Plimpton’s death), Nemens was previously co-editor of The Southern Review. Her first issue featured fiction by

Rachel Khong, poetry by Sharon Olds and Jericho Brown, and an interview with Penelope Lively. It was great.

This fall, we all had a relapse of Ferrante fever surrounding HBO’s TV adaptation of the first book in the mysterious writer’s Neapolitan series. Our own Emily Temple found it pleasingly slow (there are subtitles, after all); reviews in general have been positive if somewhat tentative. No one thinks the show is better than the books. No one would dare. Still, it was a full relapse, complete with re-readings, a high-profile profile, and news-pegged listicles.

Handmaid’s Tale-brand wine. Because ladies like to do lady things together while drinking lady wine, and also because watching this show is so painful it’s better if you’re drunk. The idea was roundly mocked, and the wines were canceled. Which didn’t stop America’s pre-eminent “sexy Halloween costume” brand Yandy from trying to sell us on the “Brave Red Maiden Costume” only a couple months later. After more mocking, they too backtracked, taking the $65 product off the website. In perhaps a better use of Atwood’s iconography, women dressed as handmaids protested the Brett Kavanaugh hearings. But just like in the book, they did not succeed in protecting our human rights.

In September, Steve Bannon was announced at the headliner of the 19th annual New Yorker festival. David Remnick, who was to interview Bannon, said he had “every intention of asking him difficult questions and engaging in a serious and even combative conversation,” but public response—including from

New Yorker staffers and many of the festival’s other high-profile speakers—was roundly condemnatory. John Mulaney, Judd Apatow, Jack Antonoff and Jim Carrey all dropped out of the festival, and Roxane Gay pulled an in-progress essay she was writing for the magazine. Within a day, Remnick un-invited Bannon, and the festival continued without incident. But hey, at least we got this incredible essay out of the whole mess.

Much of the literary world—including the crime fiction world—went into deep mourning upon hearing of Anthony Bourdain’s death earlier this year, and a host of writers reflected on the importance Bourdain had for the writing world, both in his prose surrounding food and his visceral ability to evoke the violence of cuisine, skills which translated admirably into his mystery novel series. Bourdain brought a noir sensibility and a poet’s touch to the lush world of culinary writing (and to the very act of living itself), and he will be sorely missed.

13.
For the First Time Ever, the National Book Awards Includes Honors for Translators

#NameTheTranslator! Though we’ve long cherished the role of the translator as both guide and gatekeeper to the world’s literature, it was perhaps the phenomenon of Elena Ferrante’s Neapolitan Quartet that gave rise to the idea of the “celebrity translator”: people like Ann Goldstein, Jhumpa Lahiri and, most recently, Emily Wilson, whose English translation of The Odyssey was one of last year’s most talked about literary stories. The “year of the translator” was capped off at the 2018 National Book Awards ceremony, where the inaugural prize for literature in translation was awarded to Japanese author Yoko Tawada and her translator Margaret Mitsutani for The Emissary.

PEN America has filed a lawsuit against President Trump for violating the First Amendment. Not only have his cries of “fake news” weakened the credibility of the press in public opinion but notably egregious offenses include the President’s repeated

threats to revoke White House press credentials—and even ordering journalists to be forcibly removed—if their questions are deemed “inappropriate” or if their writings are critical of the current administration. PEN America has likened these actions to a “sword of Damocles” over the heads of all journalists and writers. The suit demands that President Trump stop abusing his power to silence opposing opinions. Of the organization’s decision to sue President Trump, Pulitzer Prize-winning novelist and PEN American President Jennifer Egan says, “His vitriol against reporters has made political journalism a more dangerous practice.”

11.
Stephen Elliott Sues Moira Donegan in Attempt to Dig Up

When writer Moira Donegan created the Shitty Media Men spreadsheet in 2017, it raised painful, necessary conversations around the self-protective networks women form, who is

excluded from them, and what accountability looks like in an industry where abusers hold power. But none of that particularly mattered to Stephen Elliott, whose name appeared on the spreadsheet next to allegations of rape, sexual harassment and coercion, among other charges. In a move guaranteed to offend pretty much everyone, including other people who were named on the list, Elliott in October filed a federal lawsuit against Donegan claiming defamation and seeking $1.5 million in damages along with information that would reveal who anonymously added to the spreadsheet or shared it. Support poured in for Donegan, and attorney Roberta A. Kaplan, who co-founded the Time’s Up Legal Defense Fund, is representing her. Bad news for Elliott: women have always shared information about abusers and always will, even in the face of scare tactics from scared men.
Anthony BourdainBrett KavanaughChuck PalahniukDavid RemnickDonald TrumpElena FerranteEmily NemensHBOJ.K. RowlingMargaret AtwoddMoira DoneganMy Brilliant FriendNational Book AwardsPEN AmericaStephen ElliottSteve BannonSylvia PlathThe Handmaid's TaleThe New YorkerThe Paris Review
Share: 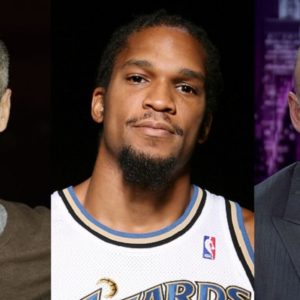 In this live episode of the Fiction/Non/Fiction podcast, recorded at the 2018 Miami Book Fair, writers Steve Almond, Mark...
© LitHub
Back to top