VIA DAMIANI
By Lit Hub Photography

I know Rachel Cobb as a friend, as a mother of a son the same age as my twin boys, as a fellow journalist, as a fearless photographer, and, for five years, when I was living in Lyon with my family, as a fellow expatriate in France, who, on being visited, had a curious practice of disappearing, often in the early morning.

“Did you feel the temperature drop last night?” she would ask when she returned later in the afternoon.  “Did you hear the banging? Were you woken by the slamming door?” She was animated. The animation was in her eyes and voice. She then whispered, “It’s the Mistral.”

I’ve come to believe that she whispered because she was afraid of scaring it away. 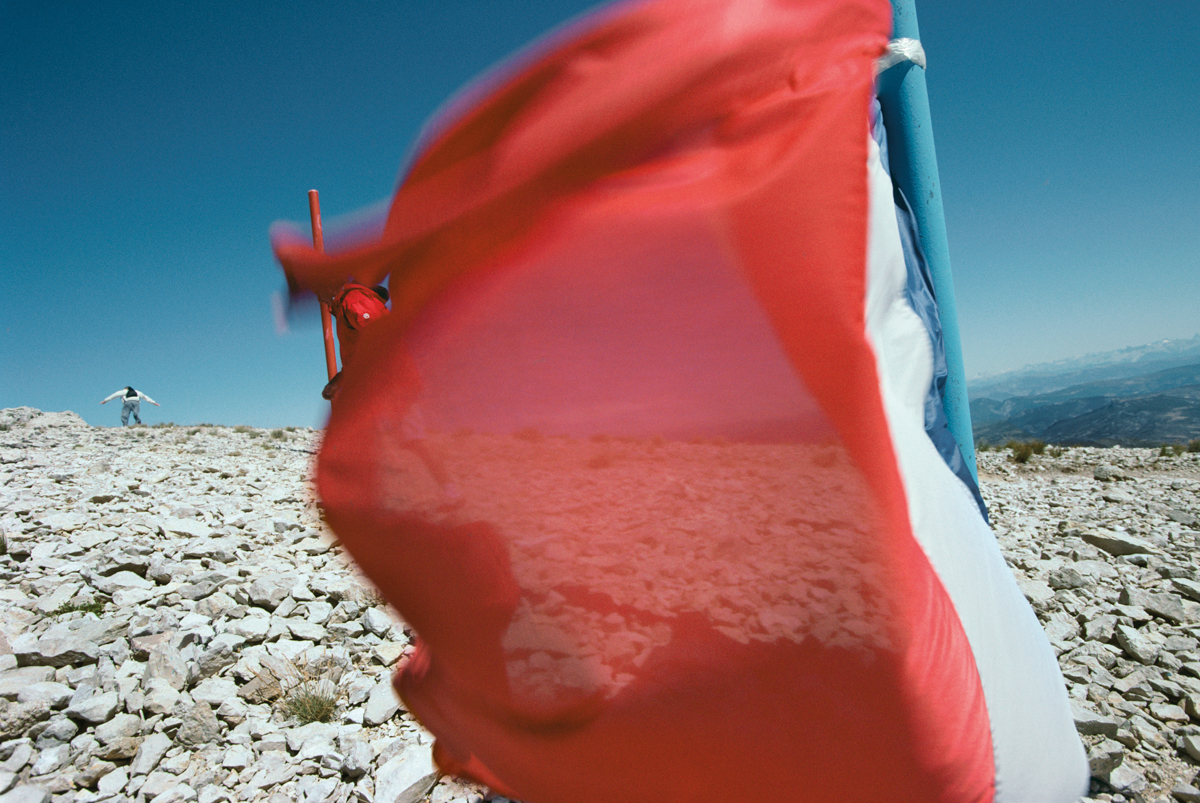 On the second to last day of the Tour de France, spectators withstand blasts from the mistral on Col des Tempêtes (Stormy Pass) atop Mont Ventoux.

She knows (or, maybe I should say, I hope she knows) that, on those cold, brutal days, when she would stalk the wind, in the same way that local Provençal hunters might stalk a wild boar, hoping to come upon it before it got away, hoping to take it by surprise, she wasn’t actually photographing the wind as such, but its effects. She was looking for images so aerodynamically impacted that we, like onlookers sheltered nearby, could feel the invisible force, just as her subjects felt it. She wanted us to shiver and sink our heads into our necks and hold ourselves in our own arms. 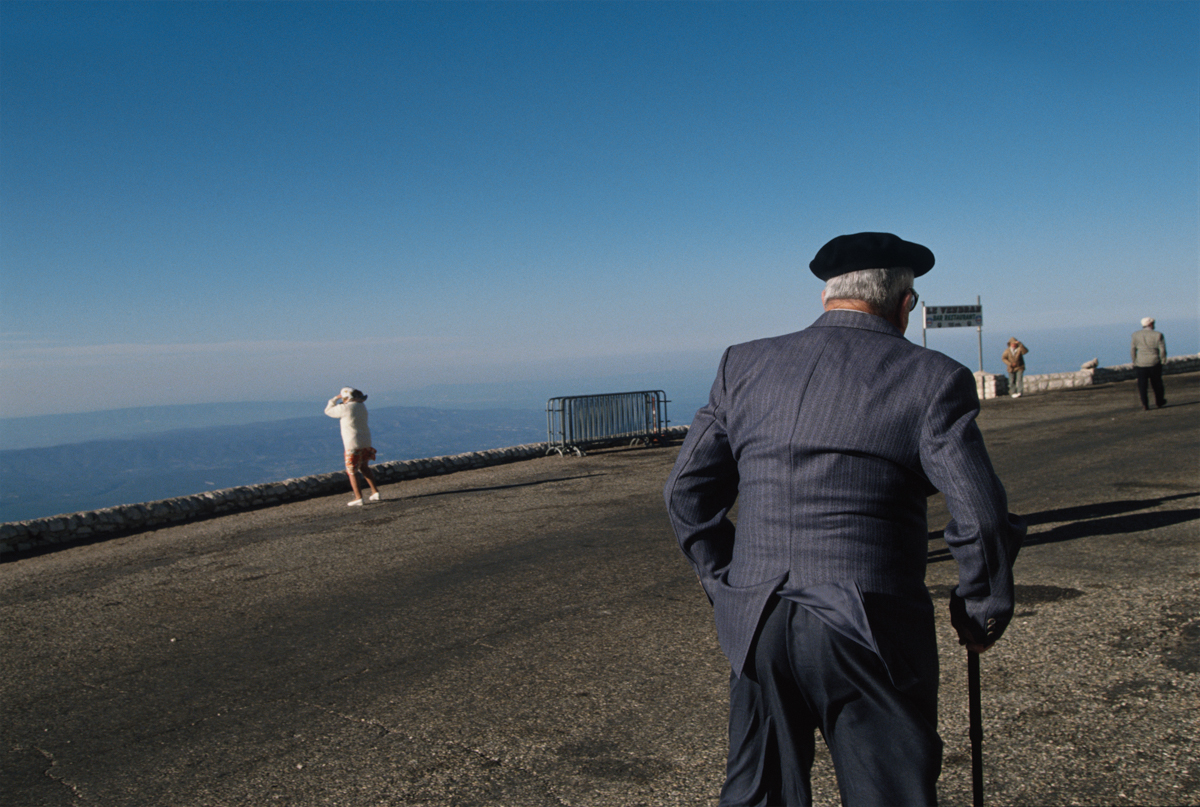 The mission put her at odds with socially accepted practices. Once, on the stark, bald Mont Ventoux, she found herself waiting, camera ready, for a man to lose his hat. It was cold—the Mistral is almost always cold—and the man’s hat seemed to be shifting slightly, as though in the tentative moments before liftoff. A hat leaving the head of a man who then reaches out to grab it as it eludes his fingers en route to some celestial high-altitude destination? That is a wind picture. I wasn’t there. (No one accompanies Cobb on her stalks.) But I could imagine her, forehead pressed against her viewfinder, adjusting the focus, ready, muttering quietly like Lear: “Blow, wind. Blow.” In the event, the man adjusted his headpiece, pulling it down lower. Cobb returned to her houseguests, frustrated.

The Mistral ruined weddings. It is uncanny how often a Mistral ruins a wedding. Cobb attended many. She loved them. An outdoor wedding during a Mistral? With no place to hide? Perfect for the photographer of discomfort. If she can’t catch the wind, at least she’ll get a loving couple’s most important day in its howling, unforeseen ruin. 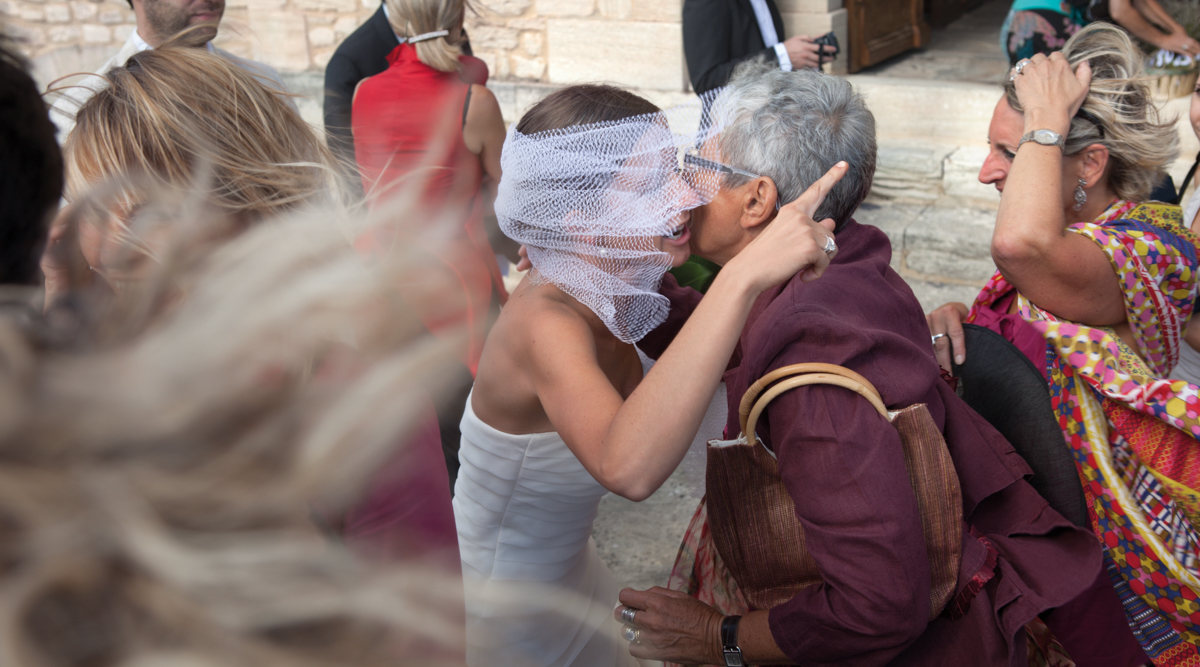 The mistral strikes at another wedding in Provence. 24 July, 2010, Crillon-le-Brave, France

Like all hunters, Cobb was unlucky. There was a truffle festival in Carpentras. Cobb was unable to attend because her son was ill. It wasn’t an issue, her missing the festival, except that, just when it was meant to begin, a wind arrived. A big one. There are many kinds of Mistrals, but the mighty ones, the ones that break and destroy and seem like supernatural forces in their wreckingness, are rare.

“Oh, Rachel, how lucky you weren’t there,” a neighbor reported. Truffles thrown in the air, everyone trying to grab them, tables upturned, the folding chairs airborne. Cobb thought: No, I wasn’t lucky at all. 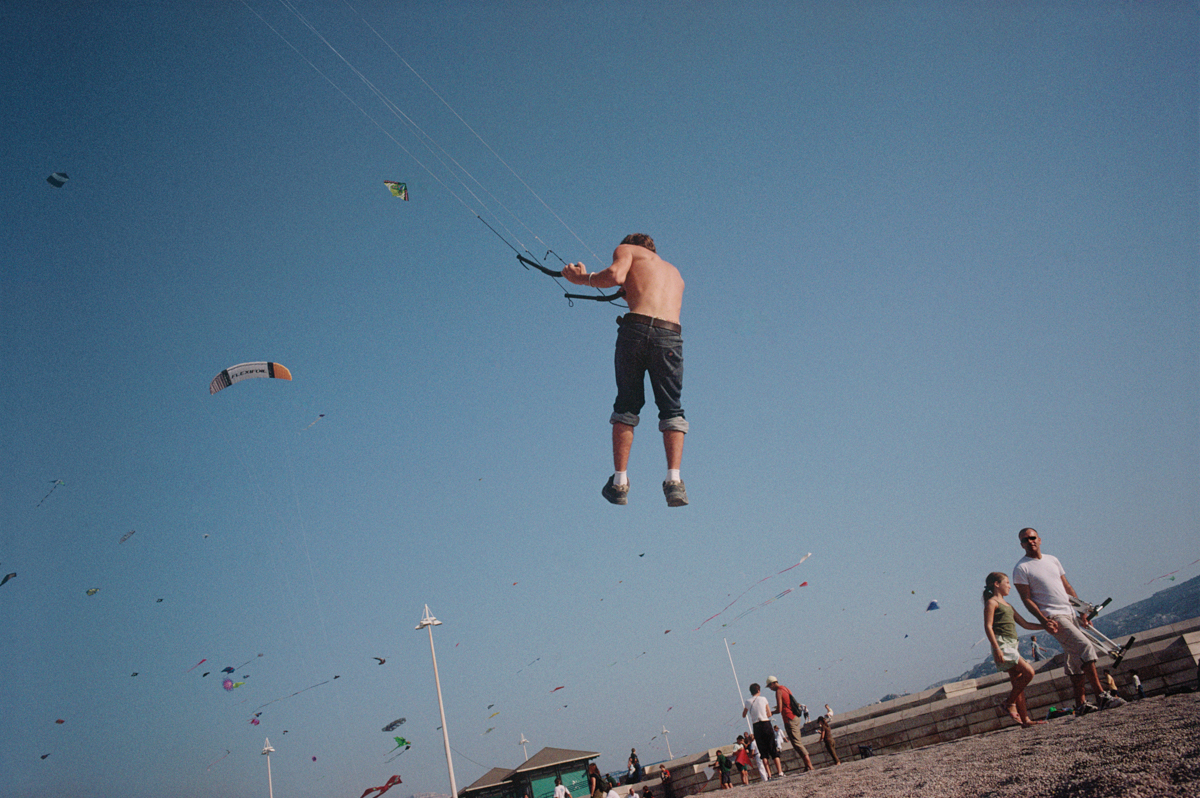 At the Fête du Vent (Festival of Wind) on Prado Beach in Marseille. 14 September 2002.

Wind is most often represented in words. With words, you can describe the man’s losing his hat even if it never actually leaves his head. With words, you can make wind into more than wind. Friedrich Nietzsche, the philosopher of Dionysian disorder, loved the Mistral. Percy Bysshe Shelley thought of wind as a pagan god and wrote an ode to it—a West Wind, he alleges, but in its powerful fury it sounds more like the Mistral’s cousin, the Mediterranean Tramontana. (Like the Tramontana, the Mistral is a Northerly wind. But does the direction matter? It seems to come from nothing that can be represented by a compass point; it seems to come from the earth’s meanness.)

One of the best evocations of wind is in Joan Didion’s account of the Santa Ana, which is, of course, really a story of Los Angeles. The Santa Ana, along with the Mistral (or the Foehn in Austria, or the Salano in Spain, or the aforementioned Tramontana), is also among the earth’s nasty, persistent winds. It arrives with no warning, except a feeling that the air pressure might have dropped (what Didion describes as an ambient uneasiness, “some unnatural stillness, some tension”), and then acts like it will never go away.  Didion cites a 1957 Santa Ana that blew for 14 days.

I spent 12 years of my childhood downwind from the Santa Ana, in a home that was on the then almost rural edge of northern Los Angeles (aka the San Fernando Valley). I can attest to Didion’s essential point that, when the Santa Ana is blowing, bad shit happens. My memory includes tumble weeds that appeared to be larger than houses (I had to dodge them walking home from school; they scratched your arms and face if you got caught in one); and long trunks of eucalyptus trees (Australian imports planted as wind-breaks to protect lemon groves) that bent with the force of each gust, their branches scraping against the roof and seeming always to be about to snap and break (and sometimes did); and fires. The fires were whipped up by the wind. They jumped directions because of the wind. They were controlled by the wind. During one fire, my last, when I was 15, the air gray and thick with soot, I stood on the roof of our home, watering it with a garden hose, fearing flying hot embers, fearing that, at any second, I would have to rush down a ladder that had been propped up against a drain pipe and evacuate, when a eucalyptus tree just north of us exploded in a tower of its hot oils. Instantly and inexplicably, the wind changed and blew the fire down a canyon and away from our home.

A Santa Ana is bad. But it was also like living on a rocky beach in bad weather. You could forget about it. It put you to sleep. It never stopped until it stopped for good. A Mistral is different. It stops. It starts again. It goes away entirely. It is back, worse than ever. It has no rhythm. It makes you have to think about it. 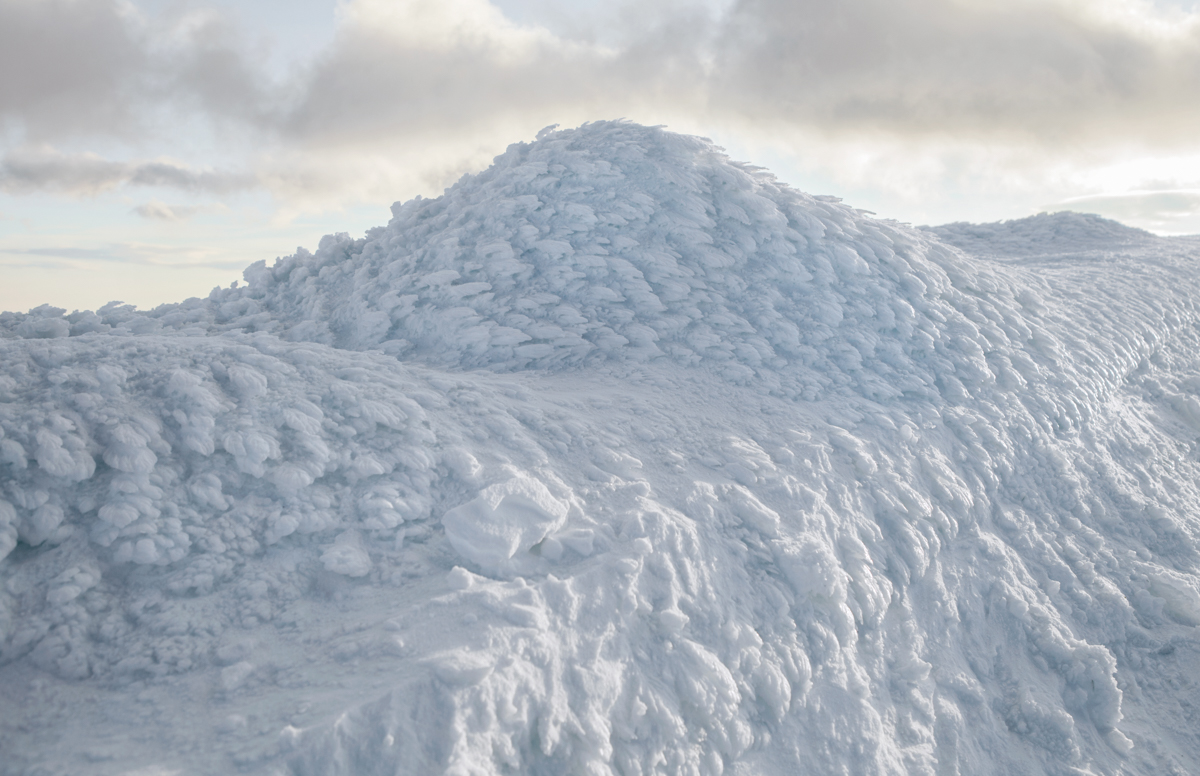 At the top of Mont Ventoux, the mistral sculpts snow into waves-like forms. February 2013.

Lyon is where two rivers come together, the Saône and the Rhône, and their convergence, which occurs just south of the city, is the start of the long Rhône Valley. The Valley is the Mistral’s corridor, its geological wind tunnel. 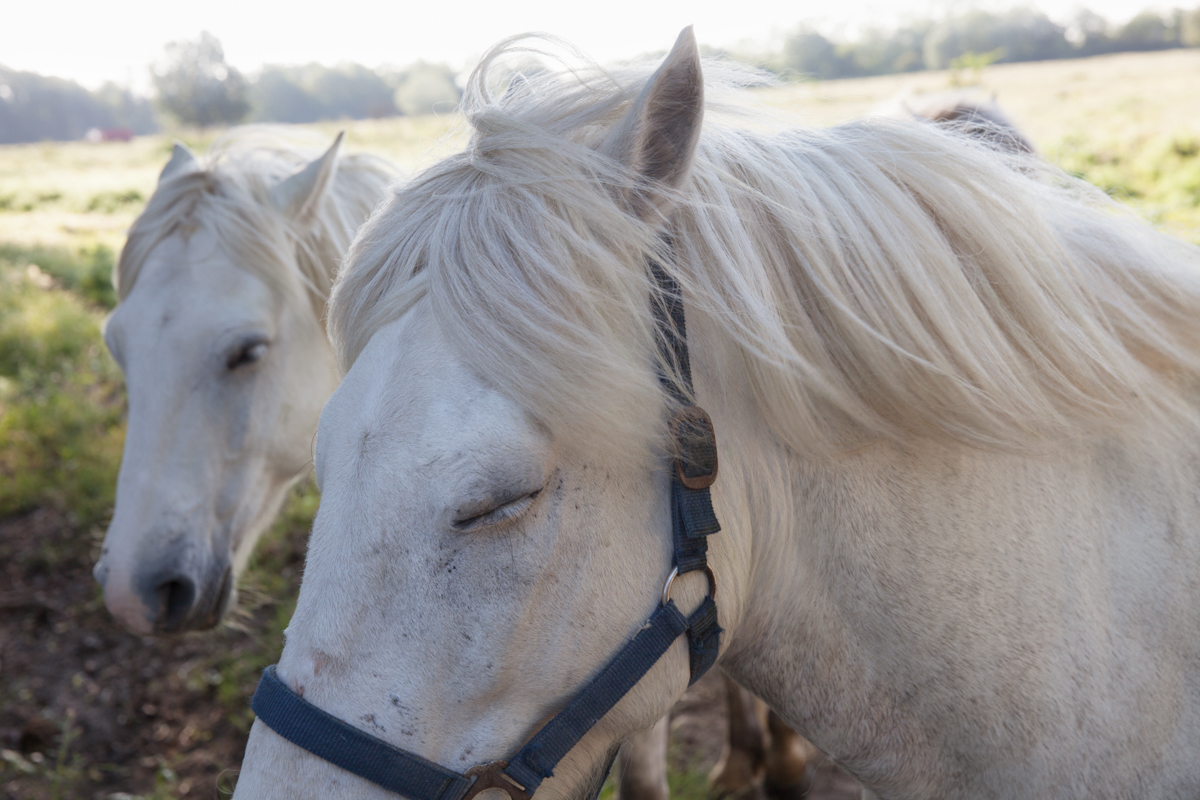 Laure Vadon, a farmer in the Camargue, says “the horses are ill at ease in the wind…” June 2013, Mas Saint Germain.

We lived on the Saône. Sometimes, at night, at the change of the seasons, especially between winter and spring, I was woken by the sound of small winds. I felt I could identify where each one happened. One seemed to be high above the river. One was directly across from us, a couple hundred feet away, in the old Renaissance habitation known as “Vieux Lyon.” Then nothing. Then three at once. These small winds were aurally so specific that they occurred in my mind like a shape, like a spring that had become stretched out and wiggled nervously in the turbulent air outside. Was this the beginning of a Mistral? Who is to know? It is another feature of wind: you can’t follow where it goes next. It may have been nothing more than a local wind’s eddying in the crevices of old buildings. But it seemed to express a mountain source, some Alpine ravine, air rushing down it like a waterfall, and conveyed hence by a river. It seemed to express our particular perch on this highly particularized patch of earth. 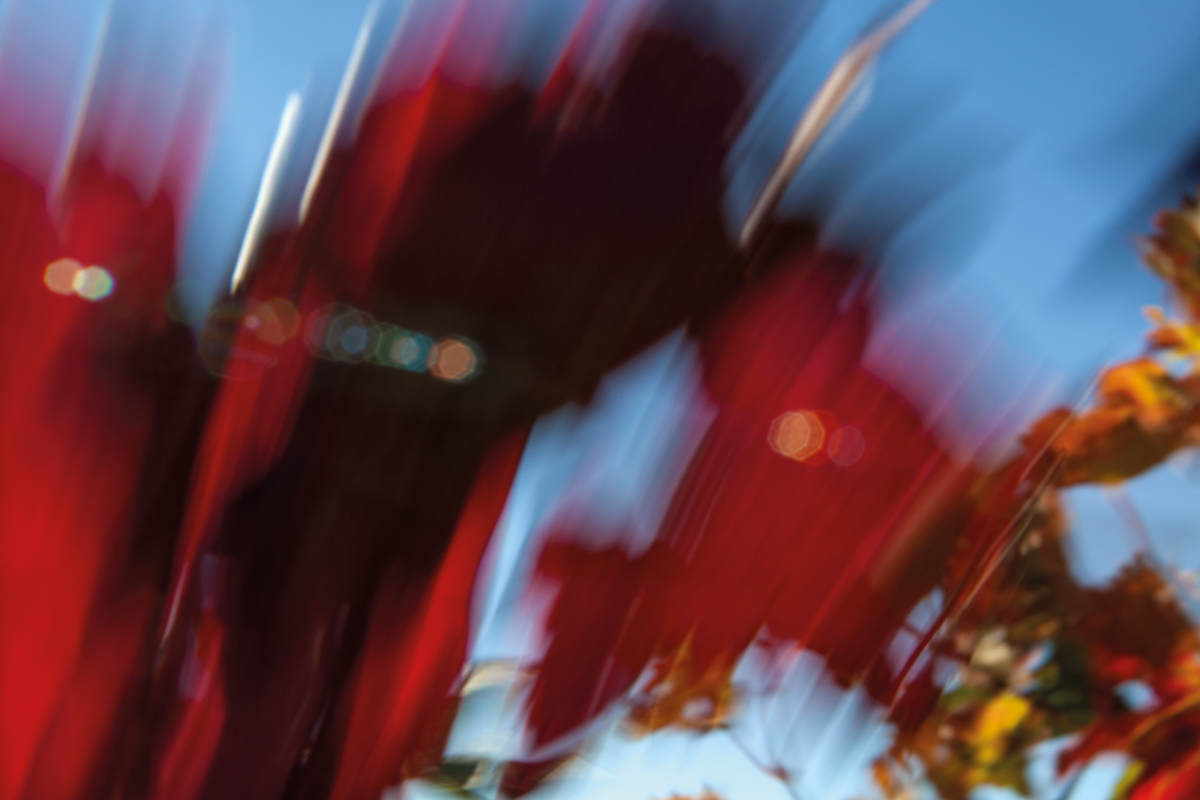 Grape vines battered by one of the fiercest mistrals to hit the Vaucluse in five years. October 2012, Flassan.

I like all of Cobb’s pictures mainly because they make me feel the wind. My favorites seem to imitate its force, its blurry, primary-colored disorder. I can’t think of a higher piece of praise than that, after studying them, they make me want to rub my eyes. I feel grit on my skin. 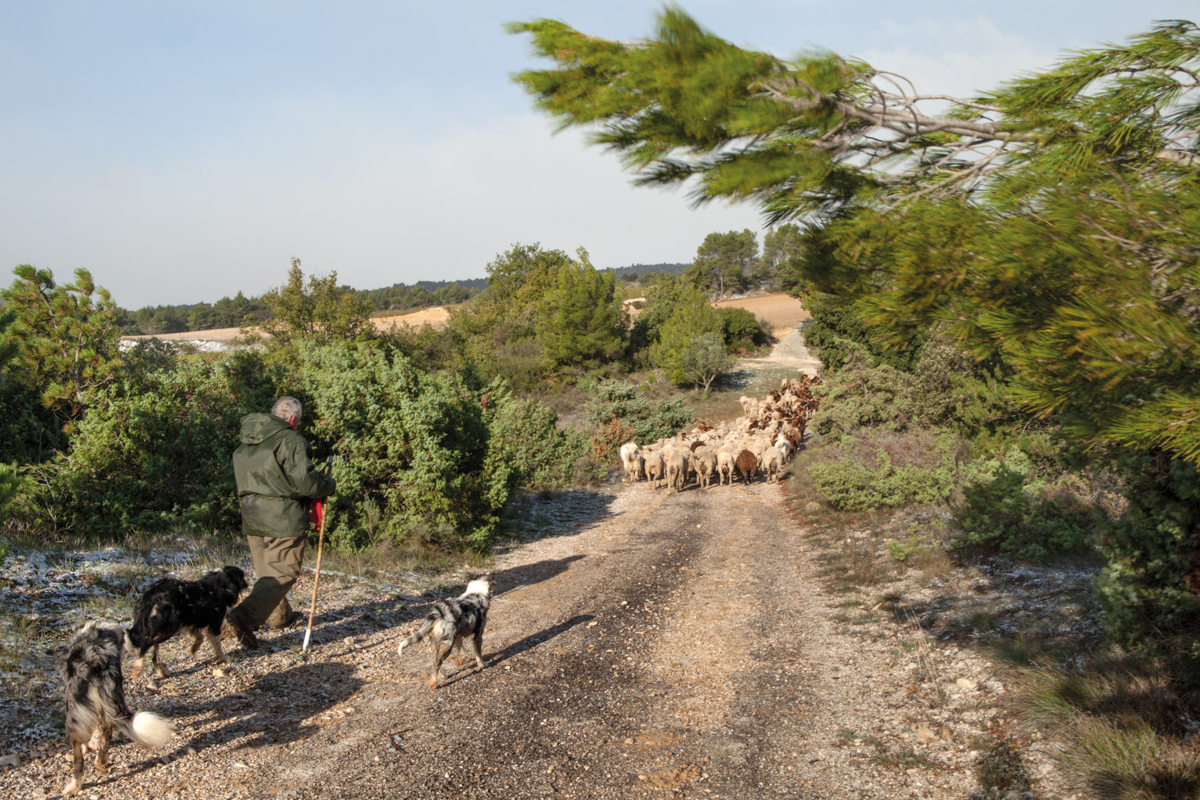 I also like that they are pictures. Cobb described an experiment she conducted with video. A video seemed wrong, and she knew it. It is not the right way for catching the wind, even though technically it seems to depict its effects more comprehensively. She was back atop Mount Ventoux. There was a man with a hat.  She brought him into focus. She waited and on impulse pressed the video button. The hat flew off.  Its flight was depicted as a film. She missed what she wanted: the photograph. The still image. This book’s uniqueness, for me, is in the achievement of its still images: still images of a subject in accelerated motion.  It seems more like memory. It seems more like the way our brain understands disorder. I don’t have videos in my head. I have cognitive pictures. And now I have these.

New York City-based photographer Rachel Cobb’s documentary and editorial assignment work has been widely published in magazines such as Time, Sports Illustrated, The New Yorker, The New York Times Magazine (and daily). Her Mistral work is on exhibition at the Leica Gallery, San Francisco until January 31st.

Bill Buford is an American writer and journalist, and former fiction editor at <em>The New Yorker</em>. Buford is the author of the books Among the Thugs and Heat: An Amateur’s Adventures as Kitchen Slave. 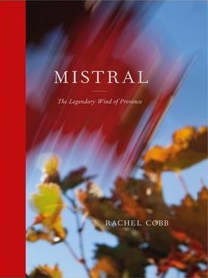 Photography excerpts are curated by Catherine Talese and Rachel Cobb.

Jonatham Lethem: "I Decided This Book Could Be Hijacked By Trump Anxiety." 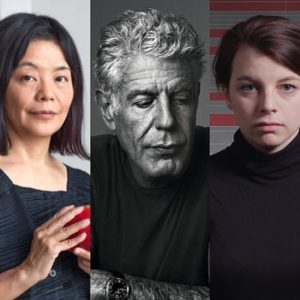