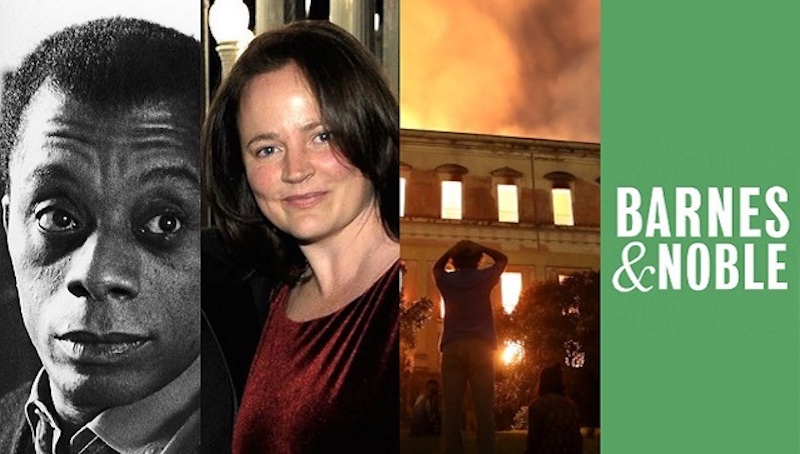 From the Year of Baldwin to Barnes and Noble

10.
The Year of James Baldwin (Probably Next Year, Too)

Here at Lit Hub, we’ve always been big admirers of James Baldwin, and we’d like to formally register the fact that Baldwin has always been relevant, but the iconic writer’s broader cultural presence seemed to grow even more this year (in part due to our collective despair about the social condition, which Baldwin knew all about). In this, the Year of Baldwin, there was the reissue of his long-lost children’s book, Barry Jenkins’s film adaptation of If Beale Street Could Talk (which is phenomenal, go see it), and no less than 22 pieces mentioning the writer on this very website, not to mention countless others across the internet. In conclusion:

In February, readers finally got their chance to dive into Michelle McNamara’s long-awaited investigation into the crimes of the serial killer and rapist she dubbed “The Golden State Killer.” The posthumous publication, I’ll Be Gone in the Dark, was celebrated as a high-water mark for the true crime form and sparked a new wave of interest in the notorious spree that terrorized Californians in the 1970s and 80s. Just two months after the book’s release, Sacramento police announced that they had arrested Joseph James DeAngelo, a 72-year-old former policeman, and would be charging him in the long unsolved cases. Although authorities denied McNamara’s work contributed to the breakthrough, many have acknowledged her work in keeping the cold case alive and putting pressure on investigators to deliver some kind of justice for survivors.

For 200 years, Brazil’s National Museum in Rio de Janeiro safeguarded some of the most valuable anthropological treasures, cultural artifacts, historical literature, and scientific specimens in the world. In September, a massive fire wiped out about 90 percent of it—a horrifying loss that Brazil’s then-president Michel Temer called “incalculable to Brazil.” Among millions of artifacts, the museum’s collection of Indigenous literature included some of the only existing documentation of indigenous languages that that are no longer spoken. Temer’s administration has imposed unpopular austerity measures in recent years, and in the aftermath of the fire, museum leadership placed the blame squarely on the government for funding cuts that left the institution without resources like a functional sprinkler system or working fire hydrants.

7.
The Year of the Political Blockbuster

Donald Trump has made dozens of dubious claims about his role in shaping the American economy but there is perhaps one sector he has influenced: the publishing of political blockbusters. From Michael Wolff’s Fire and Fury to Bob Woodward’s Fear, Americans have shown no sign of losing interest in the details of the most dysfunctional White House in American history. To be fair, though, they also seem interested in details of the last truly functional White House (remember when the color of a suit was a “scandal”?), shelling out for palace memoirs from no fewer than eight former Obama staffers, from his chef to his stenographer. Oh, and a certain memoir by another Obama, which may well be the top seller this year.

6.
Barnes and Noble on Shaky Ground

Barnes & Noble, once the big bad box store of the bookselling world, has had a rough year. In May, its stock fell eight percent (a few days after a New York Times editorial called for its salvation). In July, Demos Parneros, the company’s fourth CEO in six years, was dismissed without explanation. The company then revealed that Parneros had been accused of sexual harassment by an employee. Parneros, for his part, filed suit against Barnes & Noble for defamation and breach of contract, claiming he was fired when a deal to sell the company fell apart. In early October, the company announced that it was considering a sale and that multiple parties—including Executive Chairman and close personal friend of Tony Bennett Leonard Riggio—had expressed interest. It’s not clear what will happen, but one thing’s for sure: whatever you think of B & N, it would be bad for books if it closed (not to mention the many thousands of patrons in non-urban areas who make of it a daily sanctuary).

"My Language and I" 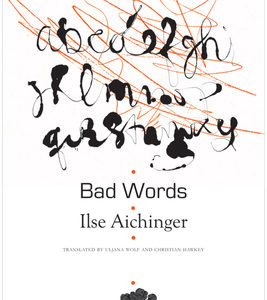 "My Language and I"

My language is one that tends toward foreign words. I choose them, I retrieve them from far away. But it is a small language....
© LitHub
Back to top