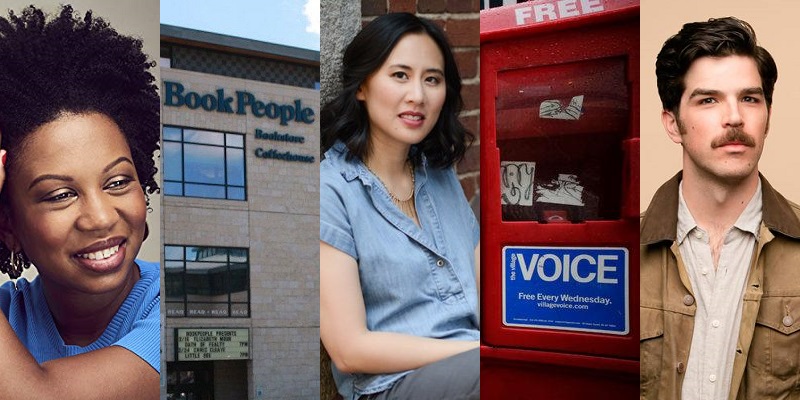 From Donald Trump's Mouthpiece to a Plagiarizing Poet

Head here to read part one of the countdown, stories 50 to 41.

40.
“WTF?!” Says Most of Book World as Sean Spicer Invited to Book Expo

Back in June, BookExpo America (BEA) invited former Trump Press Secretary Sean Spicer to promote his White House memoir, The Briefing (which the Washington Post called “a bumbling effort at gaslighting Americans into doubting what they have seen with their own eyes”), by booking him to appear at their flagship conference in the Javits Center in Midtown Manhattan. Unsurprisingly, the wider literary community were somewhat less than impressed by this. “Though Spicer has every right to publish a book, that doesn’t mean the book industry needs to give a platform to someone who damaged our nation by lying to the American people,” wrote author and bookseller Josh Cook, who organized some Sean Spicer counter-programming for the same time slot. “The best response to this embarrassment is an empty audience.”

In February Riverhead published Francisco Cantu’s memoir, The Line Becomes a River, about his years as a border patrol agent along the US-Mexican border (one of the best reviewed memoirs of the year). Cantu faced criticism and, at readings in California and Texas, was met with protesters calling him a “Nazi” and “vendido” (sellout), accusing him of profiting from the pain of others. From the

New York Times: “‘I don’t see why Cantú gets to be absolved and celebrated by saying he paid witness to the tragedy he was complicit in upholding,’ said Jesús Valles, 31, a playwright and public high school teacher in Austin, Tex., who was among those protesting when Mr. Cantú recently traveled to Texas for book signings.” Cantu says the backlash has allowed him to think more critically about his work, “not only about my work but how it is being situated and positioned in the space that it is taking up in the world in this particular debate.”

To be clear: during my years as a BP agent, I was complicit in perpetuating institutional violence and flawed, deadly policy. My book is about acknowledging that, it’s about thinking through the ways we normalize violence and dehumanize migrants as individuals and as a society.

38.
Glory Edim Takes Over the World with Well-Read Black Girl

Instagram followers and over 40K Twitter followers. This year their offline presence also expanded significantly, with the second annual Well-Read Black Girl Festival (featuring Jacqueline Woodson, Renée Watson, Mahogany Browne, and others) happening in November, and their first Anthology of personal essays that explore Black womanhood, which came out at the end of October.

Former President of the United States William Jefferson Clinton and thriller author extraordinaire / one-man publishing industry James Patterson wrote a book together about a ruggedly handsome and inveterately heroic president fighting terrorists and that, dear readers, is all you need to know about this item to know that it was a really big deal. (Further evidence: it was co-published by ancient rivals Knopf and Little Brown.) Were the thrills thrilling? The chases heart-pounding? The details insider-y enough? Well, the critical reception for The President Is Missing was mixed but one thing is for sure: a lot of people bought this book and so did your uncle who knows that you’re a reader and has been looking for a way to strike up some conversation this holiday season.

36.
The Village Voice Finally Shuts Down

August 31st was “kind of a sucky day,” according to Peter Barbey—or at least that’s what he told the staff of the Village Voice when he announced he was shutting the paper down.

Friend just turned in his news piece, was told by his editor there was good news: He’s the journalist with the last news story to appear in the Voice. That’s also, the editor said, the bad news.

35.
Celeste Ng Shows Us All How to Respond to Trolls

While Celeste Ng has received threats and messages of hate since her first novel Everything I Never Told You (which features a mixed white and Asian couple), and a tweet about Asian men that she’s since apologized for, things came to a head during #AsianAugust this year (named for the success of Crazy Rich Asians, Searching, and To All The Boys I’ve Loved Before). Ng shared a screenshot of one of the hateful messages she received and was swarmed by even more trolls, several of whom crawled out from the subreddit AZNIdentity. She wrote eloquently about in-fighting and internet harassment within the Asian-American community for

34.
A “Poet” Plagiarizes Many Other Poets

It takes a lot to make the world at large (even the literary world at large) care about a scandal in the poetry world. Someone not only plagiarizing the work of multiple other poets but also getting one of the stolen lines tattooed on her body? That’ll do it. Ailey O’Toole, whose poem “Gunmetal” was nominated for a Pushcart, lifted lines (including the one tattooed in middle-schoolish bubble letters on her forearms) from the work of Rachel McKibbens, who tweeted about the the theft after O’Toole sent her an email apologizing for what she referred to as her “paraphrasing” of McKibbens’ work. After McKibbens tweeted the story, more poets came forward with lines of their own that O’Toole had “paraphrased.” Some literary magazines that had published O’Toole’s poems pulled them from their sites, and Rhythm and Bones Press, which was set to publish her debut collection, pulled it. All in all, the story is a great argument against both plagiarism and ill-considered tattoos.

It’s hard enough to get attention for your debut even when you’re not in prison, so we applaud the publishing industry for caring enough about Nico Walker’s debut to work around the difficulties of incarceration. A veteran of the Iraq War who turned to drugs and bank robberies after the end of his deployment, Nico Walker’s backstory, of course, has helped propel his debut to the level of cocktail party conversation topic, even as his imprisonment posed certain challenges for publication, including the cover design.

Workers at BookPeople Bookstore in Austin, TX voted to unionize at the end of October this year, joining the Union of Office and Professional Workers and becoming part of a new wave of retail workers—bookstore employees, in particular—joining the American tradition of organized labor.

The bookstore industry has a long and storied history of anti-union behavior, but so far, BookPeople’s new union appears to be gaining massive support from the local and online literary community. Customers can show their support for the union this holiday season by stopping by the store, purchasing a book, taking a picture with an employee, and tagging it BookPeople United (@BkPeople_United on Twitter).

31.
The Next Wave of Big Motherhood Books

Around Mother’s Day this year, a plethora of books reached our shelves, including quite a few nonfiction books about women becoming mothers and culture of motherhood itself. The Paris Review tried to grapple with the onslaught, as did Parul Sehgal in a brilliant review of Jacqueline Rose’s Mothers (even we had a go with a two-part roundtable of “motherhood” book authors). While each new motherhood book has a valuable point of view, Sehgal points to a dire absence in the trend—women of color:

“Look at me,” the author of every new book on motherhood asks us. We should—and how could we not? Each testimony is valuable. But it’s with a strange pleasure that the reader will realize that so many of the taboos these writers hope to shatter—about the ambivalence of motherhood, for example—are, by now, familiar. The real work, the daring work, might be for these mothers to look at each other.

My Year of Writing Anonymously

On Discovering the Lost Manuscripts of Naguib Mahfouz 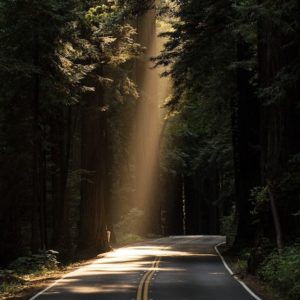 My Year of Writing Anonymously

It began because everything was breaking. Had broken. Promises I made, promises that were made to me; it had been a long...
© LitHub
Back to top