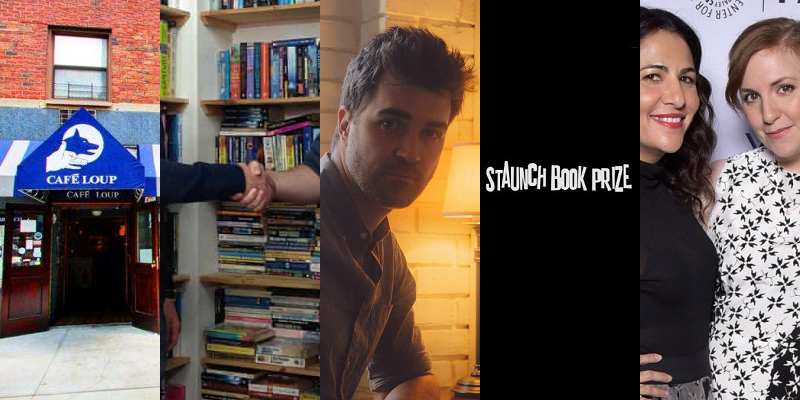 Politicians, plagiarists, poets: over the next few days we’ll be looking back at the year in letters, a 2018 that felt just a bit more unhinged than 2017, which itself was a tad weirder than 2016, which may have been… Well, suffice to say we live in interesting times, and the literary world is no different.

50.
NYC’s Cafe Loup Closes (For a Week, During Which Everyone Was Sad)

There was a minor freak-out from literary-minded NYC diners and after-work drinkers in September when it was announced that the beloved Cafe Loup had been seized and shut down by the New York State Department of Taxation and Finance. Where will we go without Cafe Loup? Lo, another old New York establishment, beloved by writers, agents, and editors, bites the dust! Except, it didn’t. A week after the SEIZED sign appeared on the cafe’s front window, it was business as usual again. Don’t worry,

you can still get your martini, the extra on the side, still in the shaker.

The owner of a small independent bookstore in Cardigan (how appropriate) decided that, rather than sell his shop and retire, he would raffle it off to anyone who spent more than £20. “I thought about selling it, but I thought instead, let’s give someone an opportunity in life which they might not otherwise have had. The principle was to make sure the shop continues in good hands,” the owner, Paul Morris, told The Guardian. The winner? A regular customer named Ceisjan Van Heerden, originally from the Netherlands. “[Ceisjan] is a regular customer and I’m really pleased it was him—he wants to run it,” Morris said. “You can make a very good living from it—far too many bookshops have disappeared over the years.” He’s not wrong.

48.
Mystery Author of Best-Seller Turns Out to Be Editor at Own Imprint

After a splashy auction and a whole lot of speculation about the author’s identity, A.J. Finn’s Hitchcock-saturated psychological thriller, The Woman in the Window, debuted at #1 on the New York Times Best Sellers list. The big news? A.J. Finn is a pseudonym used by Daniel Mallory, a well-known William Morrow book editor named, who sold the rights to his mega-hit debut novel to… his employer, William Morrow. Mallory / Finn cashed in with a seven-figure, two-book deal, William Morrow sold two million copies, and everyone went home happy, with just a few more layers of mystery in their lives.

47.
James Frey Attempts Comeback, It Does Not Go Well

“Why do we keep giving all those extra chances to less-than-mediocre men?” Katrina, was the first adult fiction release in ten years from the infamous Frey who, as Oprah Winfrey said when she kicked him out of her book club back in 2006 for fabricating extensive portions of his drug-addiction memoir, “betrayed millions of readers.” Having spent the better part of a decade

duping an assembly line of naive MFA grads into mass-producing YA rip-offs for adaptation, Frey came swaggering back into the literary world this year, and it did not go well.

At the end of January, a new prize was announced that would be “awarded to the author of a novel in the thriller genre in which no woman is beaten, stalked, sexually exploited, raped or murdered” and immediately sparked a response from much of the crime writing world decrying the believability of such a tale in a world still plagued by gendered violence, and wondering how many works could possibly be eligible. Sophie Hannah, in an editorial for the Guardian, pointed out that writing about violence against women fills an important role for processing trauma, and “If we can’t stop human beings from viciously harming one another, we need to be able to write stories in which that harm is subjected to psychological and moral scrutiny, and punished.” While we question the relevance of such a prize, we applaud the debate that has surrounded it since its inception.

Started in 2015 by Girls co-creators Lena Dunham and Jenni Konner, Lenny Letter grew from a weekly email newsletter to a full-fledged website and even a publishing imprint. This October, Lenny informed its contributors that it would be shutting down. In their three-year reign as “your over sharing Internet friend who will yell at you about your finances, help you choose a bathing suit, lamp, president … AND tell you what to do if you need an abortion,”

Lenny has collaborated with and published the likes of Jennifer Lawrence and Janet Mock, and has also courted controversy and accusations of racism. Evidence suggests this definitely not the last we will hear from Lena Dunham. [UPDATE: it is not.]

In September, New York Media, home to New York Magazine, announced that it was tripling its book coverage across some of its verticals, including Vulture, The Cut, and Grub Street (the food one, not the writing one). According to books editor Boris Kachka, the company’s goal “is to cover not every book, but every reader.” Which is pretty cool, even though Lit Parade—“a regular read on the most important critical conversations around new releases” sounded a little familiar. (And seriously, Columbia Journalism Review, would it have killed you to just call us?)

42.
Karl Over Knausgaard’s Struggle is… Over?

Whether you regard it as a solipsistic chronicle or a genre-blurring experiment worthy of Proust, Karl Ove Knausgaard’s 3,600-page, six-part autobiographical novel My Struggle, will presumably be remembered not just as a popular string of books, but one of the defining literary events of the early 21

st century. Remember when it was all anyone ever talked about? And we mean eeeverybody. This year marked the English-language release of the final volume, Book 6. It’s a somewhat bitter denouement for Knausgaard. He lost a marriage and came to terms with what it means to push against the structural and personal limits of “life writing.” Frankly, many reviewers don’t like it. As Dwight Garner, a disillusioned book critic for The New York Times, summed up: “There are few books I will more avidly not read again.” Perhaps the legacy of My Struggle will have less to do with the story told, and more to do with what it revealed about us, the readers, who kept going back to see what the author would do next, no matter how plain, or compelling, or amoral the act.

41.
Did Poetry Need Saving and If Poetry Did Need Saving Did Instagram Save Poetry? Important Questions Possibly Answered, At Least Asked

As goes Rupi Kaur, so goes all of poetry. Or at least that was the thesis of an article in The Atlantic entitled “How Instagram Saved Poetry” (:screams into a mountain tunnel for 48 uninterrupted hours:). “Building their own mini brands, poets can harness e-commerce to supplement their income,” the authors write, as the eyes of non-entrepreneurial poets everywhere roll fully back into their heads and around again. Naturally, the responses from poets were swift and irritated. “Part of what makes these poems profitable is their comfort with the status quo,” wrote Keith S. Wilson on Twitter, and January Gill O’Neil wrote, simply, “Poetry never needed saving.”

The Joys of Designing a Debut Writer's Book 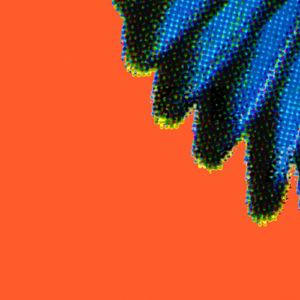 The Joys of Designing a Debut Writer's Book

One of the great pleasures and honors of designing book covers is being one of the first people to read an author’s manuscript....
© LitHub
Back to top
Loading Comments...