TODAY: In 1957, Italo Calvino’s letter of resignation from the Italian Communist Party is published in L’Unita.

Mona Awad’s question for any writer on the verge of giving up • Ali Black on unlearning craft and teaching Black poetry • How Philosophy is failing the pandemic • Thomas Dai on Nabokov’s cross-country butterfly-hunting trips • What’s asked of Black characters in YA and children’s literature • Louis Chude-Sokei on the (racist) books that shaped his literary curiosity • The literary film and TV to watch this August • Signature cocktails—and favorite scents—of famous authors • James Tate Hill on how we listen to contemporary memoir • Zach Schultz grieves the loss of Anthony Veasna So and marvels at his debut collection • Samantha Montano considers the insidiousness of disaster capitalism • Daniel Sherrell navigates love and desperation in the time of climate change • Azareen Van der Vliet Oloomi finds lessons in history, from Tehran to Orange County • Stephen Kurczy visits the “Log Lady” of the Quiet Zone • American policing is operating exactly as it was designed to • How General Motors responded to Elon Musk’s plucky little startup • Darrel J. McLeod on returning to his Indigenous heritage as a teacher • The case for messy, emotional family stories • Charif Majdalani on Lebanon’s water crisis • Shugri Said Salh on what it means to be the sole keeper of her family’s stories • Life as an emergency doctor during COVID-19 • On the “ironic and often fatal prison” of tying health insurance to full-time employment • Annie McDermott on translating Mario Levrero’s “beguiling, preposterous, uncategorizable book” • Visiting the houses of Emily Dickinson, Louisa May Alcott, and more • On the power of social influence • Reading Ali Smith’s Seasonal Quartet during our year+ of COVID-19 • Lucy Jones enumerates the science-based health benefits of playing in the dirt • Anna Qu returns to China in search of a past she never knew • Marcello Di Cintio on the ride-share founded to protect Indigenous women 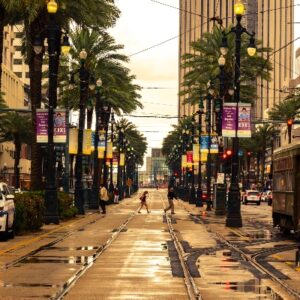