Mary Ruefle: “I am not ashamed to take what joy I can in writing.” • Aimee Bender on stones as secret-keepers • Joseph Osmundson considers the visual side of virology • Michelle Tea on embracing (unconventional) motherhood • Searching for the ghosts that haunted Malcolm Lowry • Jillian Medoff on breaking up with her literary agent • Lynne Tillman on watching a mother’s final days • What conventional wisdom gets wrong about cancer • Jenny Bhatt considers the politics of translation • To write fiction with a psychotherapist’s mind • Are contemporary novels that don’t acknowledge the pandemic just alt-history? • E.B. Bartels on the disenfranchised grief of losing a pet • Bill Glose on drawing from his own life to write stories of war • Looking at the long tradition of humans swallowing bugs in fiction • What’s the point of a jellyfish? • Emma Seckle on the Celtic legend of an airborne fairy • Susan Coll on falling in love with (and at) a bookstore • 18th-century Vienna through the eyes of Lady Mary Wortley Montagu • Adam Langer on high school rumors and storytelling • On the Muslim women who fought for a forbidden love: the game of futsal • Before the wedding, divulging family secrets • Chrysta Bilton tells the story of her birth (with a very brief appearance from her father)

The Match by Harlan Coben, Read by Steven Weber 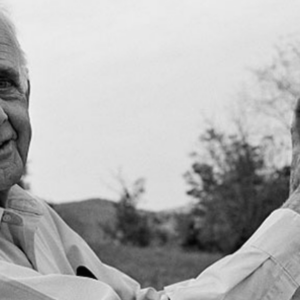 Adam Scovell travels back to the Wirral Peninsula, “determined to find some of the old ghosts that haunted Malcolm...
© LitHub
Back to top