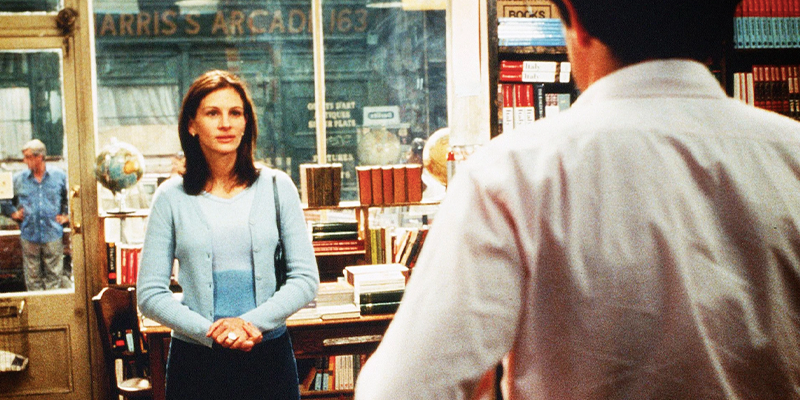 And They All Lived Happily Ever After

I had always dreamed of a job that engaged in some aspect of the business of books. Although I was writing novels and taking on freelance work—for a time I became the queen of the 800-word feature story for a couple of international newspapers, accepting any assignment that came along, from writing about children’s birthday parties to the black market economy in India—I had not had a steady paycheck since my twenties. That was because, middle-aged cliché, I married young and put my career on hold to follow my journalist husband from post to post.

So, at the age of 52, learning that some friends of friends had purchased a bookstore in Washington, DC, I put together a memo full of ideas about ways to expand the store’s offerings through classes and community events. I didn’t know what I was talking about, but I got my own heart pumping and much to my surprise, I was hired.

I threw myself into the job and worked long hours to avoid thinking about the bleeding out of my marriage, a relationship that was going on 32 years. Blood metaphors are a bit dramatic, but even now, when I look around the bookstore, I sometimes imagine a crime scene; I still see the locations where I absorbed each data point of shock.

The office where I sat reading the email informing me that my husband, from whom I was briefly separated, had a girlfriend, and that she was pregnant. The steps in front of the office where I sat with my colleague, Sarah, staring at the traffic, trying to absorb this news. The parking lot around which I paced, weeping as I spoke to my children on the phone.

As soon as I arrived at work each day, I became absorbed by an ecosystem of lovely bookish people who were my instant new family.

Although my memories of a dissolving marriage took place onsite, mostly the bookstore offered a reprieve. As soon as I arrived at work each day, I became absorbed by an ecosystem of lovely bookish people who were my instant new family. Together we worked in service of a daily calendar that is far more grueling in its rhythms than any of the adorable movies about bookstores would have you think.

Never mind the constant influx of customers, the ringing telephones, the holiday rush–the email flow itself was just as punishing. All of these authors! All of them so verbal about wanting to schedule events to present their books at the store! Sarah and I would pour over the requests, often more eager for a reason to say no than yes, given the backlog of our calendar. A debut novel from an out-of-town author? Perhaps we can catch her for the paperback launch. Another from a best-selling thriller writer? Sounds great, but we just had him in last year. The book was published one month ago? By the time we can work it onto our calendar, five months later, it will be ancient, in publishing terms! Just saying no was a full-time job.

A friend who owns a bookstore recently posted on Twitter that there is no such thing as a book emergency—she was referring to the pressures in publishing jobs. But when it’s time to begin the event and the author has not arrived, or you can’t find his books, or the microphones won’t work, or the computer decides to update itself in the middle of an event, as once happened with a famous New Yorker cartoonist who was attempting to show the audience her slides—it sure feels like an emergency.

This constant state of emergency was not all bad—the job was all-consuming, which meant I had little time to think. And I didn’t want to think, especially not about my too-quiet house. My children were grown, and in the space of less than a year, my husband had moved out, begun a new family, and my fourteen-year-old Labrador retriever died.

When I stood at the microphone, introducing an author and looking out into the sea of bookish people and all those books, I felt euphoric.

Still, I so loved my new bookish landscape that I felt like I had won the job lottery, that I was the one who had got the better deal in our impending divorce. I was in some liminal state of shock, mostly numb, but when I stood at the microphone, introducing an author and looking out into the sea of bookish people and all those books, I felt euphoric.

Books sustained me for a while, as did the emo music I blasted through my headphones as I walked to work, but I was lonely. In the movies, people are always meeting cute in bookstores: You’ve Got Mail, When Harry Met Sally, Notting Hill, to name a few. Even the couple in the creepy thriller, You, met in a bookstore, although that didn’t end well.

But that didn’t seem to be happening, so less cutely, I went online. I decided to avoid books and writers—both my husband and his girlfriend were writers—and I thought I’d had enough of that in my life. When a lovely but depressed lawyer told me that he didn’t read books, I took that as a good sign. We dated for four months, and I pretended away our literary disconnect as he made fun of me for alphabetizing my bookshelves when I reorganized my half-empty shelves.

Predictably that did not work out—I recall his snarky quip to do with his knowing who Dickens was as he handed me a pile of books whose authors’ names began with the letter “D.” I went on to have my share of requisite sad, bad dates—a man who still lived with his mother and sister, a man who spoke about his wife’s infidelities very loudly in a tiny coffee shop, a man who seemed to be a spy who was possibly still married.

My job was more fulfilling than these dates, and it was around that time that I decided that a life of book celibacy was the answer.

You’ll find love when you stop looking for it is a well-worn and much disputed adage, and I don’t know if I really stopped looking for it or if it found me in my inbox and I was just too swamped to notice.

I was still malingering on the dating app, waiting for my membership to expire, when someone reached out to me. I wasn’t interested, especially not in a writer, and yet he looked interesting, plus he lived a few blocks away. We agreed to meet for a drink in the neighborhood once he sorted out the comings and goings of his fourteen-year-old daughter. He was a little wacky, born in the Soviet Union, full of Yiddish jokes, and he talked about his love of attack dogs and his knife collection. This was not very promising first-date conversation, but something told me he was not actually a lunatic, and emboldened, I mentioned where I worked. Funny, he had a new book out, he said, and had just been turned down for an event. I asked him the title, and remembered it well. I had in fact just said no; it fell into the easy reject category because of the timing.

But what better way to get to know a person, and to understand him, then to deconstruct his reading book by book?

Was this meeting cute, or the very opposite? Fortunately he thought it was hilarious, and we celebrated our fifth wedding anniversary this summer. He tolerated my desire to merge and alphabetize our book collections, even if the undertaking seemed to him unnecessary. But what better way to get to know a person, and to understand him, then to deconstruct his reading book by book?

There was a fair amount of overlap, which is always a good sign. The project highlighted our mutual love of dark comedy, as well. He wanted to share with me one of his favorites, a book with which I was unfamiliar: The Good Soldier Svejk, by Jaroslav Hasek, but it was nowhere to be found. For weeks he fretted and cursed. Where is that effing Svejk? It was becoming operatic, this mission to find this book. Just buy another copy, I said, offering to order it for him at the store. But he didn’t want to buy another copy—he wanted his book.

Back to the adage about once you stop looking, and there it was, in a pile in his daughter’s room. He handed it to me excitedly. I opened the book and a couple of pieces of ephemera fell out from the crease. An airline menu printed in English and German, and a torn page of the now defunct international newspaper for which I used to write. Half of my name appears, atop one of my 800-word specials, this time about how the recession was affecting European restaurants, written two decades earlier. Presumably he had saved this because he was interested in the book review that day, of Richard Powers’ Operation Wandering Soul, which ran on the same page.

If we had already met cute, this was double cute. Triple cute, really, because the date of the newspaper is 24 years to the very date of our wedding anniversary. 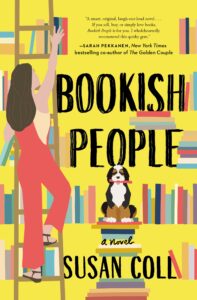 Bookish People by Susan Coll is available from Harper Muse

Susan Coll is the author of six novels, including The Stager—a New York Times and Chicago Tribune Editor's Choice. Her third novel, Acceptance, was made into a television movie starring the hilarious Joan Cusack. Susan's work has appeared in publications including the New York Times Book Review, the Washington Post, Washingtonian magazine, Moment Magazine, NPR.org, Atlantic.com, and The Millions. She works at an independent bookstore in Washington, DC, and is currently the president of the PEN/Faulkner Foundation.

If You Want to Ruin Bookstores for Yourself, Become a Writer 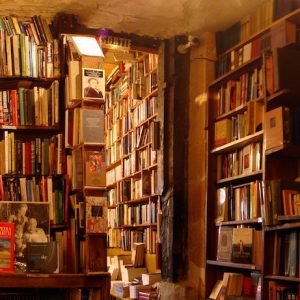 If You Want to Ruin Bookstores for Yourself, Become a Writer

Everyone knows bookstores are the greatest places on earth. Having a terrible day? Go to a bookstore. Need something to do to end a lovely...
© LitHub
Back to top
Loading Comments...