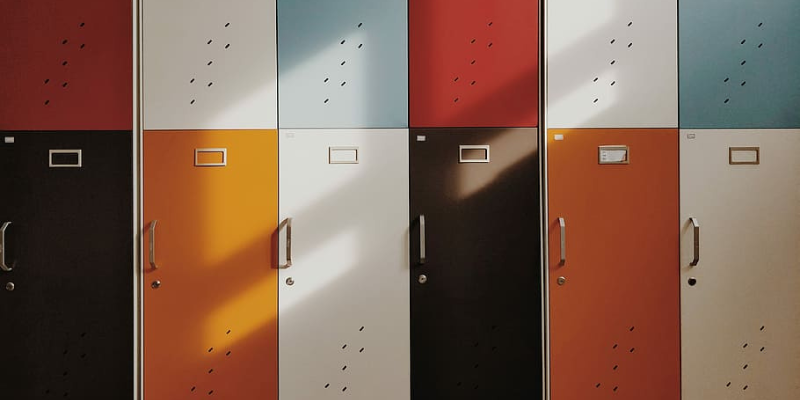 The Novels We Wrote When We Were 17: Adam Langer on High School Rumors and Storytelling

We’d go after dark. That way, maybe if someone looked out, they’d see the car but not who was inside it. Sometimes, we’d bring a portable tape recorder, hide it in the pocket of our jeans, so after we left, we could play back the tape to prove to ourselves that it had really happened. That we weren’t just making it up.

Back then, we all were novelists in a sense. Storytellers anyway. We had to be—too much was left to the imagination; too many questions we couldn’t answer.

We’d sit on the el as it made a sharp turn near Sheridan and the windows of the train would pass inches from the back windows of apartment buildings where we’d catch glimpses of the lives going on inside. A couple on a bed—him in a white undershirt, her in a wrinkled house dress. Were they having an affair? Had they just argued? Were they planning a crime? Down those back steps, someone was struggling with a big black bag—what was inside it? Just trash? Or was there a body in there?

It wasn’t like now where you could just Google the address, learn who lived there, how old they were, where they were from, how much they paid for that apartment, whether they had a criminal record, find out a whole lot more than you ever wanted to know. If you were a curious kid, you had to make up stories to answer the questions you had.

Teachers were a topic of particular curiosity. Who were they when they weren’t in front of the classroom? Did they have a husband, a wife, children? Once in a while, you’d see them—having cheesecake with a pal at Poppin’ Fresh Pies, going to a movie with their kids at the Nortown Theater, standing at the corner of Howard and California waiting for a southbound bus—and something didn’t add up. It was like seeing an actor offstage without their costume or makeup and thinking how much smaller they looked in real life. Sure, it was them, but also it wasn’t. Not really.

As we got older, we grew more resourceful. Which was good because, once we were in high school, the stories we’d started hearing about the the men and women who taught us became more scandalous, harder to laugh off.

The older kids would tell us the rumors, and they were always titillating and appalling. For just about every teacher we had, there was some story. There was the gym teacher who invited kids over for sleepovers and, if you didn’t show up, you were off the team. The coaches who hung out after school in the weight room where they boasted about the girls they’d taken to Rush Street, then banged in their suburban condominiums. There was the one who’d drive by cheerleading practice and yell “Call me after ya graduate, ladies!” I heard he used to write love letters to his favorites.

The older kids would tell us the rumors, and they were always titillating and appalling. For just about every teacher we had, there was some story.

I knew that last story was true because I was that kid. Maybe that meant all the stories were true.

We never told our parents about any of it. We thought we were mature, and we could handle it, and it’s not like they would have done anything about it anyway; teachers were powerful, and parents were just parents. Eventually, we decided to find out for ourselves.

And soon enough, we could. Because we had driver’s licenses and cars we could borrow. And we had phone books with the addresses of teachers, at least those naïve or clueless enough to be listed.

So, sometimes on weekends when there wasn’t a party and we’d seen all the movies we’d wanted to see and no one wanted to spend another night on Lighthouse Beach asking each other what we’d do with the rest of our lives, we’d get into somebody’s parent’s car, and we’d drive past teachers’ houses. And, when we were feeling bold enough, we’d get out, ring the bell or knock on the door and see who came to the door, see if we could get to the bottom of one of those rumors.

More often than not, someone would answer, but what happened afterward was rarely shocking, only awkward. The teacher would stand in the doorway, and we’d exchange pleasantries and then they’d indicate subtly or not so subtly that it was time for us to go home and get on with our lives. We’d interrupted dinner, it was past their bedtime—“Next time, call first.” Once, a teacher’s wife answered the door—“No, he’ll be out all evening; I’m all alone here. You boys wanna come in for a Pepsi?” “Nope, that’s ok, sorry to trouble you, ma’am; just tell him we stopped by.” One time, we rang a doorbell and the teacher’s dad came to the door and we felt so embarrassed that we said we had the wrong house. It seemed like the rumors were only rumors, nothing more.

I’d sit at the typewriter in my parents’ basement or on their front porch with a pen and pad, writing sentences that ended with periods instead of question marks.

Until that one time at that one house—it was nearly 40 years ago, but I still remember the look on the kid’s face. Dark eyes staring back at mine. A look of hopeful pleading, then panic, as the kid stood there frozen for a split second, wearing nothing but white underwear then dashed away before the lights went off.

I don’t remember the specific rumors about this specific teacher, but it doesn’t really matter because it was always a variation on the same rumor: They slept with boys, or they slept with girls, or they got so drunk that they didn’t care who it was. Whatever the story happened to be, it felt as though it was coming true right in front of us. What kid was that? Was it someone who went to our school? No kid lived there, did they? Why would they come to a door wearing practically nothing then run away? Why did the kid look like they were desperate for help? And why did they run? And why did the lights go out?

What was that fear we’d seen? What was there to be so afraid of? Not for a moment did it occur to us that the kid might have been scared of us.

Looking back at that moment—that half-naked kid and those eyes and the house all lit up then dark—it seems so strange to me that we never did it again. You’d think that would have been a spark, that we’d have kept going to teachers’ houses, trying to figure out what was truth and what was rumor. But after that night, when the story stopped being only a story, we never did it again.

I’d still think about what I saw that night from time to time, though. I‘d think about all the questions I knew I could never fully answer. I’d ask myself over and over who the kid was and why they looked afraid and why they had to run, and what it all meant.

I’d sit at the typewriter in my parents’ basement or on their front porch with a pen and pad, writing sentences that ended with periods instead of question marks—the kid had been kicked out of their home, and had nowhere else to go; or they were house-sitting and thought we were robbers who’d come to trash the place; or it was someone who knew us and that’s why they’d run—filling in the blanks in the novel I didn’t realize I’d already started to write. 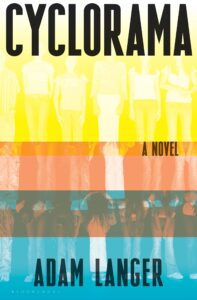 Cyclorama by Adam Langer is available from Bloomsbury

Adam Langer is a journalist, editor, and the author of a memoir and five novels including The Washington Story, Ellington Boulevard, The Thieves of Manhattan, The Salinger Contract, and the internationally best-selling novel Crossing California, which was described in the Chicago Tribune by James Atlas as “the most vivid novel about Chicago since Saul Bellow's Herzog and the most ambitious debut set in Chicago since Philip Roth's Letting Go.” Formerly a senior editor at Book Magazine and a frequent contributor to the New York Times, he currently serves as culture editor at The Forward. 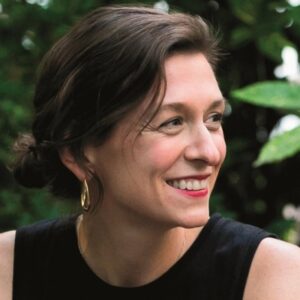 This week on The Maris Review, CJ Hauser joins Maris Kreizman to discuss her new memoir in essays, The Crane Wife, out now from...
© LitHub
Back to top
Loading Comments...