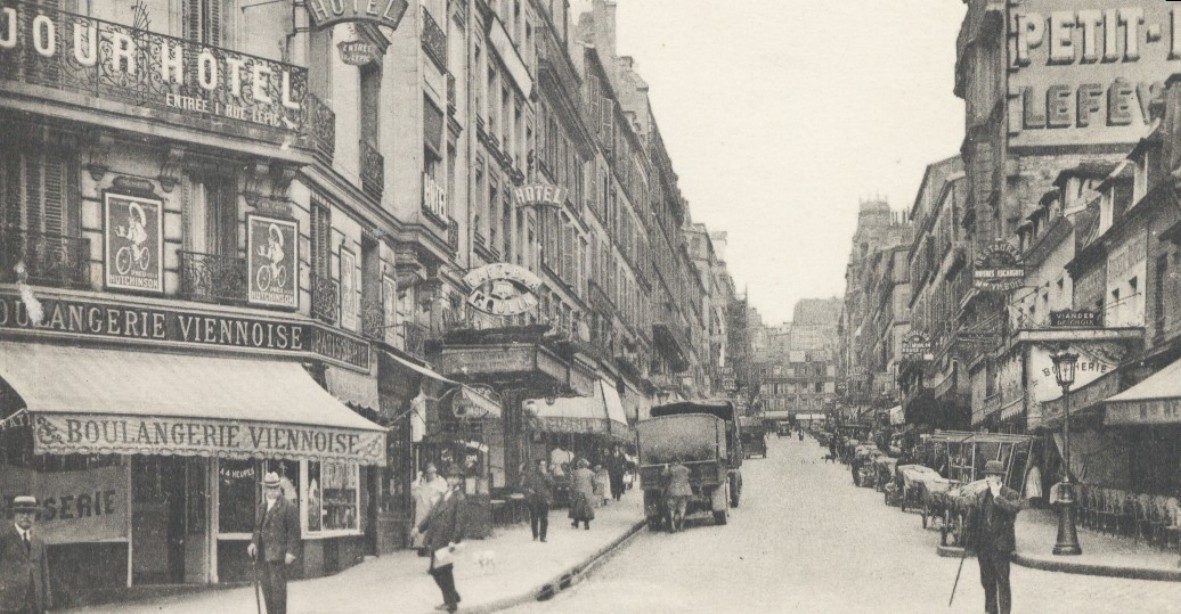 On May 14th Man Ray’s Le Violon d’Ingres became the most expensive photograph ever sold at auction. The black-and-white image of a woman whose nude back has been marked with the f-holes of a violin sold at Christie’s for $12.4 million, roughly doubling the estimated sale price.

The woman in the picture has featured fleetingly in coverage of the sale. She has been described most often as Man Ray’s “lover” or “muse,” and in one case simply as the “naked body [transformed] into a violin.” Occasionally is she called by her name: Alice “Kiki” Prin, better known as Kiki de Montparnasse, the most famous artist’s model of 1920s Paris.

But Kiki is more than just the subject of Man Ray’s record-shattering masterpiece. She is also its co-creator.

By the time they made Le Violon d’Ingres in 1924, Kiki and Man Ray had been living together in Paris for three years, and at that time she outranked him as the brighter of the city’s two rising stars. A shapeshifting multimedia multihyphenate before the concept existed, Kiki presented an amplified version of her life as an ongoing saga to be consumed in print, on canvas, on stage, on records, and on screen. By blurring the lines between her private self and her public persona, she essentially invented the idea of making an art out of being yourself.

By blurring the lines between her private self and her public persona, she essentially invented the idea of making an art out of being yourself.

Along with her modeling, Kiki dazzled crowds as a cabaret singer at the Jockey, a small and seedy Montparnasse nightclub where, singing old folk songs with lyrics she reworked with the Surrealist poet Robert Desnos, accenting bawdy lyrics with a knowing wink or confident strut, she crafted the character of Kiki de Montparnasse, rebel queen of bohemia, equal parts sentimental country girl and sophisticated, sexually adventurous parisienne. She then parlayed her local fame into roles as a film actress, playing some variation of her cabaret persona: a femme fatale, a mysterious muse. Each role marked another step in her mythmaking.

Kiki meanwhile painted romanticized portraits of herself and her friends and idealized scenes from her childhood in Burgundy. Her simple lines and bright colors imbued her scenes of daily life with a dreamy, fairy-tale quality. The influential art dealer Henri-Pierre Roché, first to spot her talent, spent his commission from selling Henri Rousseau’s The Sleeping Gypsy to buy oil paintings by Kiki, which he likened to work by Matisse. When she amassed enough material to launch a solo show in 1927 Kiki sold out the more than two dozen works on display, garnering strong reviews. Man Ray, who dismissed Kiki’s painting as a hobby, had failed to sell a single work in his own Parisian debut.

Kiki’s greatest coup came at the close of the 1920s when—not yet 30 years old—she published a memoir that made front-page news in France and was instantly banned (for obscenity) in America. Ernest Hemingway penned the introduction to the English edition, exaggerating only slightly when judging that “Kiki dominated the era of [1920s] Montparnasse more than Queen Victoria ever dominated the Victorian era.” Hemingway praised Kiki’s spare prose and sharply observed character sketches, calling her book a modern Moll Flanders.

As Hemingway recognized, Kiki was adept at transforming the raw material of her life into an entertaining saga. She told the story of herself in song and on canvas and paper and celluloid, and in the way she carried herself in front of other artists trying to tell their own stories through their portraits of her.

Certainly Man Ray wanted to place himself in control of this representation of Kiki through his choice of title, reducing her to a nameless plaything to be strummed and passed along.

Man Ray was but one of several now-celebrated artists who in 1920s Paris competed to capture Kiki’s unconventional style—she sported a daring bob before it became fashionable—along with her anarchic energy, which seemed to channel the spirit of the age. The list also includes Modigliani, Moïse Kisling, Alexander Calder, and Tsuguharu Foujita, one of the first painters in Paris to gain fame for himself through a portrait of Kiki. Foujita acknowledged that Kiki’s vitality and charisma were integral to his success. Recalling the creation of his breakthrough picture, a 1922 nude of Kiki that made Foujita’s name with the public when it sold for a high price at the Paris Salon, he wrote that neither he nor Kiki “could say for sure who among the two of us was its author.” When Foujita sold the painting he shared some of the profits with Kiki.

More than any other artist in Paris, Kiki posed for Man Ray. They moved in together after a chance meeting in a Montparnasse café in 1921, shortly after Man Ray (born Emmanuel Radnitzky in Philadelphia, raised in Brooklyn) had sailed from New York. In their first years together he made a modest living as a society and portrait photographer in Paris while experimenting with avant-garde film-making and photography. At that time he saw himself above all as a painter.

He painted, sketched, filmed, and photographed Kiki in dozens of incarnations, often nude, occasionally costumed, always indelibly herself. She was the star of the finest among Man Ray’s experimental films, L’Étoile de mer, where her personality shines through even though he filmed her mostly obscured, through a plate glass filter or with jelly on the lens, as he sought to produce a disorienting, woozy effect. The best work they made together was Le Violon d’Ingres—an expression of Man Ray’s emerging Surrealist vision as well as a document of one of Kiki’s finest performances.

Given Man Ray’s canonization alongside Kiki’s relative erasure, it is logical, nearly a century later, to assume that he was the only one calling the shots when the work was created: directing a potentially interchangeable model to become violin-like in her pose, after which he created the f-hole effect in the darkroom using paper cut-outs (and in some prints by painting). Certainly Man Ray wanted to place himself in control of this representation of Kiki through his choice of title, reducing her to a nameless plaything to be strummed and passed along. Le Violon d’Ingres refers to the 19th-century painter Jean-Auguste-Dominique Ingres, a former musician, who annoyed studio visitors by plinking on his violin, so that un violin d’Ingres functions in French as hobbyhorse does in English.

Kiki hardly saw herself as a passive figure waiting to be turned into an art object. She likely thought of herself as the instrument and as its player.

But Le Violon d’Ingres should also be understood as Kiki’s star turn: an accomplished actress, writer, and cabaret performer making the unseen photographer bend to her will. Kiki hardly saw herself as a passive figure waiting to be turned into an art object. She likely thought of herself as the instrument and as its player. Although Kiki’s face is only viewed in profile her presence is keenly felt. The lighting, photographing, and cropping choices meanwhile are all straightforward.

That the image still feels so alive and unsettling lies less in his camera-work or her charisma than in that ineffable spark between them, an invisible energy somehow captured on film, one crackling split-second within their years-long negotiation.

While in 2022 the headline of the Wall Street Journal exclusive reporting the then-upcoming sale of Le Violon d’Ingres dubbed it the “Iconic Man Ray Photograph of [a] Nude Woman,” the people who first saw the work when it appeared in a Surrealist magazine in 1924 would just as likely have deemed it a picture of “The Iconic Kiki, as Photographed by Man Ray.”

Ultimately Le Violon d’Ingres is neither Man Ray’s solo, nor Kiki’s, but a duet. Or perhaps a duel. The picture would hold no mystery, would perform no magic, without the underlying connection shared by the two artists who were witness to its creation. 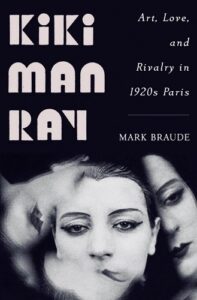 Mark Braude is a cultural historian and the author of Kiki Man Ray, The Invisible Emperor, and Making Monte Carlo. He has been a visiting fellow at the American Library in Paris, a postdoctoral fellow at Stanford, a National Endowment for the Humanities Public Scholar, and the recipient of a Silvers Grant. He lives in Vancouver with his family. 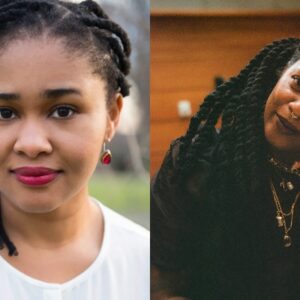 Greenlight is delighted to welcome award-winning author Chinelo Okparanta for the New York launch of her newest novel, Harry...
© LitHub
Back to top
Loading Comments...