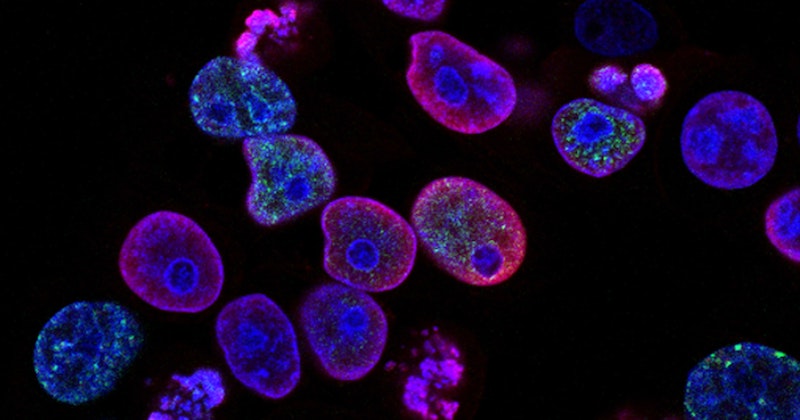 Why Conventional Wisdom About Cancer Can Be Misleading

“The dream of every cell is to become two cells,” said François Jacob, the most lyrical revolutionary of molecular biology. No cell lives the dream so wholly or so senselessly as a cancer cell, turning dream to nightmare. Nothing else captures the myopic immediacy of natural selection so starkly. The moment is all that matters for selection: there is no foresight, no balance, no slowing at the prospect of doom. Just the best ploy for the moment, for me, right now, not for the many, and often mistaken.

Cancer cells die in piles, necrotic flesh worse than the trenches. The decimated survivors mutate, evolve, adapt, exploit their shifting environment, selfish to the bitter end. Their horror is that they know no bounds. They will eat away at our flesh to fuel their pointless lives and deaths, until, if we are unlucky, they take us too. I am writing about cancer, but must confess that I have the pointless greed and destruction of humanity at the back of my mind. May we find it within ourselves to be better than cancer cells.

Hitler declared war on cancer and lived in mortal fear. So too did President Nixon, in what he hoped was his administration’s most significant act. Who would have thought that Nixon’s war on cancer, declared in 1971, would be so much harder than landing on the moon, chosen by John F. Kennedy just a decade earlier and already accomplished. The Manhattan Project to make the atomic bomb took but three years. Who knows what we have spent on cancer in comparison, but it is at least ten times as much, with no end in sight.

According to the US National Center for Health Statistics, the overall death rate from malignant tumors has barely changed since 1971. Of course there has been progress, and incremental progress goes surprisingly far, especially for early cancers, but most of us have friends or family members who died before their time while we looked on helplessly. We know we don’t know the answer.

The idea that “one rogue cell” causes cancer is a scientific morality tale.

When I first studied biochemistry in the 1980s, the answer seemed tantalizingly close. A new paradigm was emerging, of oncogenes and tumor-suppressor genes. These are the genes that control the cell cycle, which, when mutated, can drive cells to divide and divide, heedless of the context. Ostensibly random mutations began to make sense in much the same way that scattered dots, when joined up dot to dot, begin to depict a meaningful image. There is a scientific thrill as understanding emerges. What’s more, this new paradigm was grounded in the prevailing vision of biology: information. The central dogma of biology, that information flows from DNA to proteins, morphed into the central dogma of cancer, that mutations in DNA produce defective proteins that distort the meaning of signals. In a malevolent form of Chinese whispers, normal signals are transmuted into the instructions keep growing! And don’t die!

I hardly need to say that this new understanding was developing at a time when it was becoming feasible to sequence genes and pinpoint the mutations involved. Exposing the precise mutation often made it clear exactly how the harm was done. The stars were aligning—the powerful methodology of gene sequencing could link alterations in single DNA letters to changes in the mechanisms of proteins, with clear downstream consequences for signaling and transformation into a cancer cell.

Not surprisingly, this combination of conceptual simpli­city with practically infinite detail proved irresistible—just point the sequencer and the answers reel out. It even seemed to be objective, as there is no subjective hypothesis to test—just the hard data from the sequencer, constrained by no more than the paradigm itself (which is, of course, a hypothesis). As I write, the Cancer Genome Atlas has catalogued more than three million oncogenic mutations in over 23,000 genes. One might be forgiven for wondering if we have lost the wood for the trees.

The idea that mutations cause cancer remains the dominant paradigm. A special issue of Nature from 2020 wrote: “Cancer is a disease of the genome, caused by a cell’s acquisition of somatic mutations in key cancer genes.” Yet over the last decade it has looked as if the juggernaut has rolled too far. It has certainly failed to deliver on its promise in terms of therapies. So why hasn’t the death rate from malignant cancer changed since 1971?

The oncogene paradigm is not actually wrong, but neither is it the whole truth. Oncogenes and tumor-suppressor genes certainly do mutate, and they certainly can drive cancer, but the context is far more important than the paradigm might imply. We are not immune to dogmas even today, and the idea that cancer is a disease of the genome is too close to dogma. Biology is not only about information. Just as human delinquency cannot be blamed on individuals only, but partly reflects the society in which we live, so the effects of oncogenes said to cause cancer are not set in stone, but take their meaning from the environment.

The idea that “one rogue cell” causes cancer is a scientific morality tale. The rogue cell is an unfortunate product of multiple blind hits to its genes, acts of arbitrary violence in an uncaring world. By chance (or hereditary misfortune) the miserable cell takes one hit too many and sets out on a rampage of proliferation, unrestrainable by the rational cues of the body politic. That’s it: a cold lack of meaning in a cruel world, bleak as the Joker bent on revenge.

Yet the evidence against this dismal genetic determinism is startling. If a cancer is a clone deriving from one rogue cell, then the mutations that caused it to go awry should be written into all its descendants: all the cells in the tumor. That’s not always the case. Different mutations are found in different parts of many tumors, often with little if any overlap. This implies that the mutations accumulated during the growth of the tumor, rather than triggering its inception.

In fact, later accumulation is quite plausible, as cancer cells are well known to develop genetic instability, meaning that they accrue new mutations much faster than normal cells. These may well exacerbate disease progression, but such heterogeneity is inconsistent with oncogenic mutations causing the cancer in the first place. Equally incriminating, the same oncogene mutations are often found in normal tissues surrounding a tumor, or far away elsewhere in the body. Plainly they do not always cause cancerous growth.

The question is, are genetic mutations the primary cause of cancer? And if not, what is?

On the contrary, taking cancer cells from a tumor microenvironment and implanting them in a normal cellular environment tends to halt their growth, and often promotes programmed cell death. It’s quite encouraging that cancer cells can be rewired in this way: the same genetic mutations are not invariably associated with the same cell fate. This view is consistent with older work which shows that transplanting the nucleus from one cell type to another does not alter the phenotype of the recipient. The cytoplasm determines the cell state, not the genes in the nucleus. In other words, genes are switched on or off by signals from inside (or outside) the cell. Mutations are not necessary to cause cancer—merely a cytoplasm that sends the wrong signals.

I could go on. Many carcinogens do not cause immediate mutations but may take many years to induce cancer, long after they vanished from the body. Perhaps one-third of cancers world-wide are associated with chronic infections such as hepatitis B and C, and schistosomiasis, which can mutate genes (as they insert into DNA) but also induce cells to proliferate through pulling on the normal levers of cell division. Which of these actually causes cancer is unclear. Perhaps the greatest risk factor for cancer is older age: cancer incidence increases exponentially with age. People over the age of fifty have around ninety times the risk of people younger than twenty-four. I’m now in my mid-fifties. My risk of cancer will double by the time I’m in my early sixties, and double again by my seventies. Grim prospects.

You might think this risk profile is explained by the steady accumulation of mutations with age, some of which just tragic­ally happen to be in the wrong genes, causing cancer. Yet the build-up of mutations with age seems to be too slow to explain either cancer or aging as a process. Nor can it explain why humans do not have a higher cancer rate than, say, mice, despite having ten times as many rounds of DNA copying to make an individual (each of which introduces new mutations), or why elephants have a lower rate still.

None of this is to say that mutations don’t occur in cancer; obviously they do. Nor am I suggesting that they cannot play a decisive role in its development; they can certainly lock cells into a pattern of growth, making it harder to revert (although we’ve noted that changing the microenvironment can switch off growth). The question is, are genetic mutations the primary cause of cancer? And if not, what is?

An alternative, and historically controversial, take on the prime cause of cancer has been lurking in the background for nearly a century, going back to Krebs’s own mentor, the great biochemist Otto Warburg. It has risen to prominence in the last decade, in part through the unexpected discovery that mutations in genes encoding Krebs-cycle enzymes can cause cancer. Whereas Warburg viewed cancer as the result of damage to the machinery of respiration—an energy problem—this view is not sustained by the myriad of details we now know.

But metabolic flux through the Krebs cycle clearly must be central. We’ve seen that the Krebs cycle is not only about energy, but also about growth. Cancer, first and foremost, is a problem with aberrant growth. While enormously heterogeneous in its manifestations, it seems to me that the key to understanding cancer metabolism is always ‘follow the money’ In other words: how does any metabolic shift, genetic or otherwise, facilitate growth (whether it be to press down the levers that drive growth, or lift those that suppress growth)? 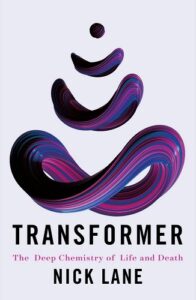 Excerpted from Transformer: The Deep Chemistry of Life and Death by Nick Lane. Copyright © 2022. Available from W.W. Norton & Company.

Nick Lane is a professor of evolutionary biology at University College London and an award-winning author of five books. He is the co-director of UCL’s Centre for Life’s Origins and Evolution (CLOE) and lives in London, England.

How Does Human History Blur into the Nonhuman World? 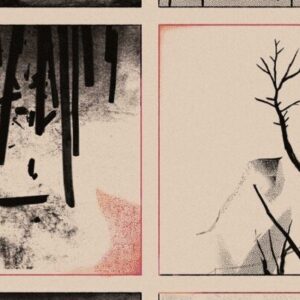 How Does Human History Blur into the Nonhuman World?