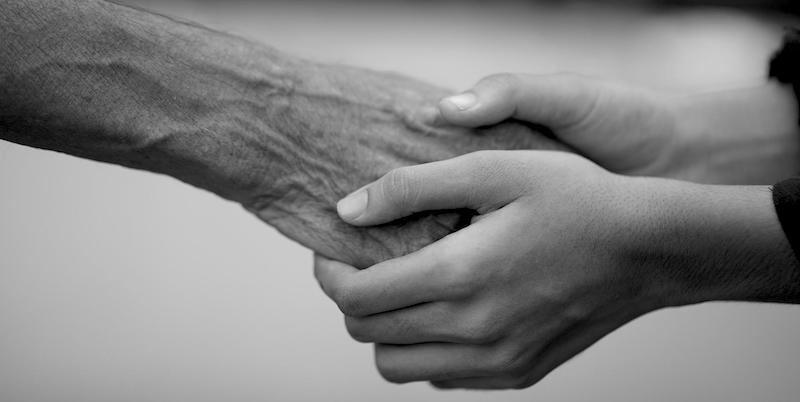 “Dying is inevitable, but estranged from anything you know.”

Dying is an activity, the organs go about their task toward entropy, needing time to shut down. The body is active to the end. It is so odd. Without eating and drinking, people can live up to two weeks.

Her cat, Colette, lay by her side. Mother wasn’t talking or acknowledging us. She appeared to be asleep. The nurse we hired from the ER kept “cleaning her up,” her words, though Mother didn’t need cleaning. She had no fluids in her, nothing to clean, no urine, feces, vomit. I saw that Mother was flat. A board, no flesh, no front or back, both the same, stiff as if dead already. The nurse would move her, turn her over. It brought Mother pain, and, when she showed pain, I asked the nurse to lessen it. She said, “Dying is hard.”

I spoke to the New York sister, and said she had to go. We fired her when she arrived the next morning. We couldn’t reach the woman by phone beforehand, she had already begun her journey. We told her only when she arrived, and she was upset, but we had no choice. Her approach was wrong, terribly wrong for a dying person, punitive. She was paid for the day and given extra money for a cab home.

Mother wasn’t moving or speaking, just breathing, her mouth was wide open, her head slightly back on the pillow. Her mouth stayed wide open. Mother’s second-to-last words were heard by me, her knitting teacher, and her massage therapist. The two were in her bedroom, talking, and Mother must have been listening to them. Suddenly, she said, “Stupid!” Her knitting teacher loved it. “That’s Sophie,” she said, laughing.

Dying is primarily invisible like an oxalis’s leaves closing at night.

Mother’s final words were spoken to her cat, still lying close by her side. The cat was playing with Mother’s left hand: “Be still,” she said. Then the cat was.

Dying is primarily invisible like an oxalis’s leaves closing at night. An outward sign is that, closer to death, toes curve under, as if clenching.

The process is like birth, I thought, but in reverse.

The geriatric psychiatrist had hooked us up with at-home hospice care, even though we were really late to do it; we were very fortunate that the psychiatrist had prevailed. Because she had set it up, a hospice nurse visited us on two crucial nights. The hospice nurse left a booklet explaining how people die, the steps toward death, the process, what to look for. She also left a care package—liquid Ativan, morphine, and atropine. Without her help, it would have been so awful, I can’t bear to think of it.

I’d never heard of atropine. I thought of the death rattle as an existential fact, a piece of the battle of life against death—maybe I read it in a story by James Joyce—but it was not that at all.

The death rattle is unnecessary. The rattle comes from fluid in the mouth that doesn’t anymore go down the throat, because as you’re dying your swallowing function stops. Atropine dries up the fluids in the mouth, and the rattle doesn’t happen.

Dying is hard, in many ways of course, but this rattle wasn’t necessary. And that the ER nurse hadn’t suggested atropine was wrong, and she was, in a sense, doing harm to Mother. So that was another reason she had to be fired.

My Carolina sister and I set our alarm clocks, and every hour for almost twenty-four, I think, we awoke to keep her from having any pain. I filled the droppers and handed them to my sister, who applied liquid morphine and Ativan to the inside cheek of Mother’s mouth. Also, atropine. Mother never woke, likely in a coma, anyway unconscious.

Death is always unexpected, even when expected, and this all-too-human event remains inevitable, and incomprehensible.

On her deathbed, Mother had no parting words to us, her children. It happens often, I learned, sustained silence. Books are published of famous persons’ last words, profound, witty, silly. Mother said nothing, nothing at all for four days, profound in its own way. Ever since, I have wondered why I didn’t ask her, while she was in the first stages of actively dying, what she was feeling, if she was feeling anything. If she wanted to say anything. I didn’t, none of us did, I believe.

The words “awe” and “awesome” must have been meant for sunrises, sunsets, and the human equivalent, birth and death. “Awe” sounds like “oh.” The words seem especially made for the end. Oh! Aw! Oh!

Watching Mother die, near her, I couldn’t move, speak, ask anything, I was in suspension. What occurred before my eyes, a woman dying, was also not occurring. I observed it, her being undone in slow motion. Dying is inevitable, but estranged from anything you know, watching it feels crazy. Death is always unexpected, even when expected, and this all-too-human event remains inevitable, and incomprehensible. You don’t believe you’re seeing what you’re seeing, and you aren’t also able to see it. Then it happens.

Each of us sisters took turns talking to her by her bed, alone, if we wanted, and we did. I can’t remember what I said. I cried a lot, which was not in keeping with my feelings toward her. Death terrified me, completely fascinated me, I was gripped by the awe-full sublime.

Each of us sisters had a different mother and father. It’s remarkable and true that siblings experience their parents differently, and each can say, “That wasn’t how he was with me,” or “She liked you better,” and “We had different parents,” the main source of disorder among them. It is confounding to comprehend just how different parental differences can be. Winnicott’s good-enough mother might be good enough for one, not the other.

The last breath would come, we learned, fifteen or twenty seconds after the previous breath. She will not be breathing, and then there will be a last gasp for air, or a great exhalation of what air is left in her lungs. We waited for that, doing vigil.

A few days before Mother died, Frances’s Catholic church choral director and his two-or-three-year-old daughter, who had visited Mother several times, called on us. He wanted his daughter to see Mother.

In dying her mouth opened wide, her facial expression a rictus, she looked as if she were in pain, though she wasn’t. We didn’t want the little girl to see Mother this way. My New York sister told him, No, I’m sorry, your daughter can’t see Mother. He said something like it was part of their faith to see the dying, and death. My sister said, again, No, we don’t want your daughter to see Mother like this. He was very disappointed. I was relieved his daughter wouldn’t have this ugly image in her mind.

On Mother’s last day, the Carolina sister was reading by her bed, and I was sitting on the end of the bed, watching Mother. The New York sister was on a break, eating breakfast or lunch in the dining room. She never eats much.

I looked away for a second, and, when I looked again, I realized she wasn’t breathing, hadn’t for many seconds, there was no intake of breath. I ran to the bedroom door and called out to the sister eating lunch, “Come. Now.” She literally dropped her plate onto the dining room table, and rushed to the bedroom.

So, we three sisters were by her side when she died.

I set my hand on Mother’s skeletal shoulder, and, as she took that excruciating last gasp, one shoulder lurched forward.

She was already in rigor, stiff as a board. Her mouth was agape, and could not be pushed together, her jaw set. I was afraid if it were pushed, forced to close, it would break, crack apart. Her open mouth made her look tormented, like a stone gargoyle in agony, in hell. Her death seemed not to have been, though. When actively dying, her mouth had opened and stayed that way until death.

She died at 1:00 p.m. exactly on Saturday, April 29, Duke Ellington’s birthday. Mother had no pain, none that could be seen during the last few days, and none at her death. My Carolina sister and I had dosed her into a coma.

I can’t remember what happened next. Or who called whom; the City’s medical examiners were called, they had to prepare a death certificate, and the City needed to remove her body. When they arrived, two small men in identical jackets, they nodded to us, and walked into Mother’s bedroom, pushing an empty gurney, with belts on it, the kind familiar from TV and movies, and oddly unfamiliar in this setting. When the two men reappeared, the gurney carried Mother in a body bag, strapped to it. We sisters watched the men do their job almost too efficiently. They wheeled her out of her bedroom, moved quickly to the door, and disappeared, Mother’s corpse with them. We saw it, that black rubber bag, for a few moments. Mother was just a thing now, anomalous, an object, nothing anymore. The men’s expertise added to her nonexistence. This was done to everybody, anybody, the impersonalness augmenting her new nothingness. 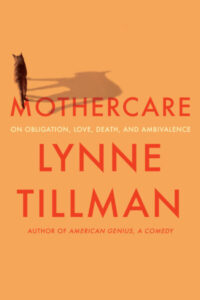 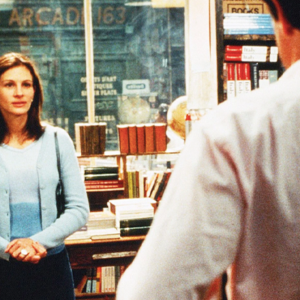 I had always dreamed of a job that engaged in some aspect of the business of books. Although I was writing novels and taking...
© LitHub
Back to top
Loading Comments...