TODAY: In 1891, Nella Larsen, novelist of the Harlem Renaissance, is born.

Viet Thanh Nguyen on how not to bore your audience at a reading • Philip Dray on Henry Louis Gates Jr.’s new book and the “glorious failure” of Reconstruction • Annie Proulx on freewheeling nature writer Ellen Meloy • Chris Rush on how a painter becomes a writer • The allure of Killing Eve’s cool-girl assassin • Your starter kit for the weird and wonderful world of surrealist literature • On attempts to warn future humans of the poison we’ve buried • How conspiracy theories came to dominate American culture • Red state blues: on traveling in transition • Russell Brand on rehab, recovery, and choosing the right mentor • How Michelle Tea found a spiritual home in her Polish heritage • In Sri Lanka, a writing workshop that aims for peace after decades of civil war • Claire Fisher on teaching incarcerated women • When even your imaginary male muses don’t measure up • Let’s all stop pigeonholing Sally Rooney as a “Millennial Writer” • Kate Bolick: A day in the life of one of New York’s best hairstylists • On falling in love with Malcolm X—and his mastery of metaphor • What do we really mean by “women’s fiction”? • On the necessary surrender in publishing a book • Discovering Ralph Waldo Emerson in the golden age of sneakers • Nathaniel Rich on how the consensus on global warming was lost • Jenny Odell on the small rebellion of inactivity • In praise of Ruth Reichl’s redemptive Twitter presence • From the Bronx to Nigeria, how Kith/Kin’s Kwame Onwuachi became a chef • Was Bram Presser Jewish grandfather handpicked by Hitler to curate the mysterious Museum of Extinct Races? • The first in Harmony Holiday’s new Disappearing Archive Series: LeRoi Jones on The Merv Griffin Show • When a first-person narrator sneaks into your story: Jennifer duBois on the emergent I • 15 great cat poems • Lizzie Post

Subscribe to the new Book Marks Bulletin for reviews, news, pre-publication giveaways, and more!
This week in Shhh…Secrets of the Librarians: the Lego Librarian on Hervé Tullet, Caps For Sale, and the Wand Choosing the Wizard • The Risk of Us author Rachel Howard on five great writer biographies, from Flaubert to Chekhov, Joan Didion to Jean Rhys • This week in Secrets of the Book Critics: Emily Gould on The Bell Jar, mean reviews, and cancel culture • On the occasion of its ninety-fourth birthday, The Great Gatsby: remarkable study of an era OR nothing more than a glorified anecdote? • The mystery of Joy Division, the misery of Millennial living, and more of the Book Reviews You Need to Read This Week • On Thursday, the New York Public Library announced its Young Lions Fiction Award finalists • New titles from Susan Choi, Robert Caro, Philip Kerr, and Henry Louis Gates Jr. all feature among the Best Reviewed Books of the Week

Hanna Jameson reconsiders classic novels as dystopian masterpieces • Michael Gonzales on  the horror comics of his youth and finding his way to writing • Oscar de Muriel on the thin line between science, quackery, and folklore in the Victorian era • The many death-defying missions of legendary WWII spy Virginia Hall •  Lisa Scottoline on secrets, suburbs, and justice as a consolation prize • Rebecca Rego Barry gives us a brief history of the Newgate Novel • Nina Revoyr talks power, privilege, and the contradictions of Los Angeles • Here is the best historical crime and mystery fiction of 2019 (so far) • The best and biggest thrillers coming out this April • Leye Adenle talks Nigerian noir, Lagos, and humor • Elizabeth Fremantle on Frances Howard, a Jacobean countess framed for murder • J. Kingston Pierce leads us on a tour of the genesis of Lew Archer •  Kris Waldherr looks to the Victorians to process tragedy • Rachel Howzell Hall on reworking Agatha Christie, defying expectations, and finding her voice, interviewed by Désirée Zamorano • Your essential true crime reads out this April • Leading Ross Macdonald expert Tom Nolan on the noir giant’s legacy • All the crime and mystery movies to stream this April

The Limits of the World 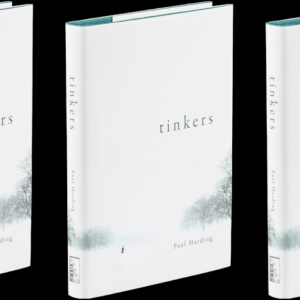 “The most interesting place exists between how people see themselves and how other people do.” Wright Thompson...
© LitHub
Back to top