Maybe We Can Have Nice Things After All

My shrink says I’m on Twitter too much and that it stirs up my anxiety. And while I don’t disagree with her, there are things I enjoy on there—Darth, for instance. But the reason I find myself returning to the site routinely called a “hellscape” by its users, is Ruth Reichl. I want to know what she’s having for breakfast and what the animals outside her window are doing. Her tweets represent some of the happier moments of my day.

As I write this, Reichl has tweeted: “Pewter sky. Snow melting in rain. Three deer nibble the grass. Feels like fall. Roast beef hash; fried egg. Waiting for spring.” This moment of calmly observed beauty appears in my timeline between several tweets about whatever horrible thing a politician did or said and a few mentions of whatever famous person is canceled now.

For the famed food critic, former editor in chief of Gourmet, and memoirist—whose latest book, Save Me the Plums, looks at her days at the helm of the famous culinary magazine until it was shuttered in 2009—the introduction to Twitter happened as you might imagine. As Reichl tells me: “I had a dinner party one night in like 2008. People were talking about Twitter and I’d never heard of it.”

Her friends signed her up, and on February 2nd, 2009, to little fanfare, she tweeted, “trying to figure out Twitter. Watching Superbowl.” She tweeted a lot that day. Her next was, “Packing up blueberry pie for Peter to take home,” and then, a tweet about making coffee while the stars were still out, and another about being back in town and how her cats were happy to see her. But it was her fourth tweet of the day that set the tone for the decade of tweets to come. “lunch at SushiZen.  so calm. spring vegetables. sweet shrimp.  anago.  uni.  scent of ginger. peaceful feeling.”

There are other early tweets about Gourmet, about trying to finish a speech she was to give in Berlin, asking if there was any way to get Twitter to stop sending each new follower alert to her AOL account, but that tweet about lunch at SushiZen was an early version of a classic Ruth Reichl tweet. The setup is very simple: what she’s eating, what she sees, and how she’s feeling. Not uncommonly there’s an animal or two (or three) roaming around.

Like just about anyone using Twitter in the early days—before it became plagued by white nationalists, idiot bullies, and all manner of general cruelty—Reichl didn’t think anybody would read what she had to say. “This is an interesting discipline: 140 characters,” she remembers thinking of the platform. “I’m going to make a little snapshot every day and my friends will read it or not.”

A decade and 1.3 million followers later, Reichl has become a master of the perfect little tweet. Often as whimsical as they are appetizing, they are deeply calming moments of zen on a website that is anything but. They’re meditations on a moment, brief guides to enjoying the little things as they happen.

There’s nothing boastful or mean-spirited in Reichl’s feed. She doesn’t offer up hot takes or veiled sponsored content, just simple little observations. Reichl gives us pictures of single, still moments, which is exactly what she set out to use Twitter for in the first place.

Twitter, though, doesn’t play a part in her new memoir. Gourmet was unceremoniously shuttered by Condé Nast just as corporate media started paying attention to the impact social media could have on growing a digital audience. Reichl isn’t so concerned with Twitter—the way some writers or media figures are—that she’d write about it. There are no long threads in her timeline, no fights picked; just retweets about food, a few stray observations about the culinary world, and descriptions of the view from wherever she is. It could be from her window at home, a hotel room somewhere in Europe, or “eating hot dogs, dumplings, dosa, tacos” as she walks down the streets of New York City. Though the book’s epigraph does make me wonder if her mastery of Twitter is filtering into her writing life: the William Carlos Williams poem “This Is Just to Say” has become one of the most popular Twitter memes of all time, and it’s what Reichl has chosen to introduce her book to the world.

Reichl disabuses me of this notion: “I loved that poem for years and years. It just seemed appropriate in a million ways: a plum job, and how William Carlos Williams embodies so many qualities I admire.”

With the new book out, two novels in the works with Random House, and Netflix optioning another of her memoirs, Comfort Me With Apples, I joke that Reichl might be too busy to find time to keep tweeting; that just as we’ll need her comforting view of the world the most, as we prepare for the strange and terrifying future, her updates on the squirrels and the birds and the flavor of jam on the muffin she’s eating while a gentle rain falls will cease.

But I needn’t worry. Sounding slightly panicked by a sudden realization, Reichl exclaims: “I didn’t even tweet today! I was so busy watching the black squirrel eating all of the food out of the bird feeder that I forgot.” I’m prepared to accept this excuse.

Twenty minutes later and I’m back looking at Twitter: two people I like are obviously subtweeting each other. Five people in a row tweet about how disgusted they are about the same article by an op-ed writer everybody seems to despise. A comedian makes a joke. Somebody posts screenshots of a long political THREAD by someone I’ve blocked, but there’s nowhere to hide, it seems. I’m about to log off, defeated once again by social media, but then Reichl tweets: “Pink and gold morning. Sky spilling dawn. Birds call. Peeling tangerines; scent lingers,” and everything feels okay again. 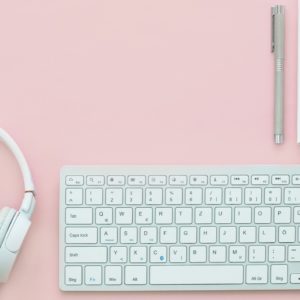