Finding a Spiritual Home in the Weirdness of My Polish Heritage

Michelle Tea on Satisfying the Need for Witchy Devotions

Growing up, I never connected with my Polish ancestry, even as it marked me with the unwieldy last name Swankowski. People would look at it, then look at me, pleading, for help. “It’s how it sounds,” I’d say. “Swan-kow-ski.” It wasn’t as bad as another kid in my elementary school class—Michael Szcerbinski—though this small blessing was lost on me during arduous penmanship assignments.

My last name elicited Polish jokes from my mother’s side of the family, Irish. What’s a pimple on a Polack’s ass? A brain tumor! I researched comparable Irish slurs to get back at my grandfather for calling me Polack, but somehow Mic didn’t pack much of a punch. Maybe it was cushioned by all the Irish pride, the shamrocks and leprechauns, rainbows with pots of gold waiting at their elusive ends. Irish people had a holiday, St. Patrick’s Day. In my hometown, Chelsea, Massachusetts, Irish people were everywhere. The cutest boy in my class was Sean O’Driscoll.

The Polish? They had their own church, St. Stan’s, with an attached Catholic school, but I didn’t know anyone who went there. My father’s Polish family was in shambles. Alcoholic, fighting brothers. An alcoholic, mean father. Whereas my Irish birthright contained parades, rolling green hills, rainbows and elves, all I could figure out about Poland was kielbasa and tripe, two foods my father prepared and hoarded all for himself. As if any of us wanted any of it.

As I grew older, and weirder, and gayer, I became alienated from my Irish heritage. Sure, I was heir to an impressive literary legacy, but in America Irish Pride too often seemed like code for White Pride. The Irish parade in South Boston famously banned queers, throwing bottles when they were finally forced by the city to allow them to march (an echo of Irish-American sentiments towards integrated busing in an earlier era). St. Patrick’s Day was an excuse to get wasted, if not kick a stranger’s ass, and St. Patrick wasn’t worth celebrating to me, having learned that his myth of cleansing the “snakes” from Ireland was a metaphor for getting rid of the land’s indigenous pagan practices. My Polish ancestry, having grown increasingly mysterious and obscure as contact with my father dropped off in my teens, became increasingly alluring, as all things mysterious and obscure are.

But it was interest in forming a spiritual practice that really drove me to look into Polish mythology. A dabbler in witchcraft since my youth, I felt inspired by the renewed cultural interest in pagan traditions to understand my own spiritual ancestry. In response to this largely white trend, many witches of color have spoken out against the cultural appropriation of spiritual practices, and it landed. I, too, kept a “smudge stick” handy, not realizing that to smudge was a Native American term, and that wild white sage is to be harvested only by Native people; the recent popularity of burning sage has decimated the natural occurrence of the sacred plant.

Many years ago, such a conversation provoked the problematic defensiveness common to white people being called on our privilege. My witchy practice, at that time, involved the orishas, deities native to the Caribbean spiritual tradition Santeria. I wasn’t walking around bragging about it; my devotion to them was private and sincere. The way my Catholic family dealt with straying from the on-the-books Catholic rules such as no occult interest, no pro-choice affiliations, no divorce, etc. etc., was to cultivate an ethos around the sacredness of a private relationship with “god” that was nobody’s business but your own. It was easy for me to wrap this defensive excuse around my candles and offerings—but, really, what business did a white girl have getting down with a spirituality whose existence and evolution is inextricably bound with the slavery and torture its Black practitioners suffered at the hands of white people? Exactly none.

I didn’t feel any traditions were available to me. And so, my witchiness languished, expressed mostly through tarot, but nothing devotional.

The friend who I had this early conversation with urged me to look into my own ancestral traditions, but like many white, American mutts whose families immigrated long enough ago to be a non-issue, I didn’t feel any traditions were available to me. And so, my witchiness languished, expressed mostly through tarot, but nothing devotional. The thing is, I have an urge to be devotional. This thing that compels humans to worship and pray and prostrate themselves to the divine, it lives in me, too. And now that we have this thing called the internet, I was able to do a deep dive into the pagan practices indigenous to Eastern Europe, and learn that, like everyone, I, too, have ancestors, and my Polish lineage has granted me more than just some odd meats.

Let’s start with Jezda. You might have heard of her as Baba Yaga, a hideous Slavic crone who flies around not on a broom but on a mortar and pestle (insert Polish joke here and pour one out for my maternal grandfather, will you?). Still, that the choice of transportation is an enchanted domestic object speaks to the tradition of kitchen witches, of which I count myself. It does not bother me that Jezda/Baba Yaga is said to be repulsive; that’s just patriarchy hating women, especially older ones, especially powerful ones. Part of my practice is reclaiming those cast out of zones of patriarchal approval, and so love for and understanding of Jezda comes easy. Her name means “witch, evil woman, fury”, all things I value! Writing Jezda into the final installment of my Poland-inspired YA trilogy, Castle on the River Vistula, I decided to keep her fearsome, exulting in the delicious power of being monstrous.

I learned about zawlanies, words of magic power in Polish witchcraft, spoken to infuse a spell with energy. About znakharis, practitioners of folk magic whose areas of expertise were the classic holy trinity of herbalism/healing/midwifery. I learned that most all indigenous spiritual practices involve the burning of herbs, and like my own ancestors I can burn Lady’s Mantle (Polish) or Broom (Irish) or Rosemary (French) or who knows what else (Google).

Perhaps most importantly, I learned about Syrenka, the mermaid said to protect the city of Warsaw from her home in the River Vistula, the titular mermaid in the first in trilogy, Mermaid in Chelsea Creek (Imagine if Syrenka had to swim all the way to New England, tell a tweenaged girl she’s humanity’s savior, and swim back with her! I did!)  I fell deeply under the spell of this particular siren, making my way to Poland to visit her statues by the water and in the Old Town Square, learning along the way about the poet Krystyna Krahelska, who stood as model for the riverside statue, created by Ludwika Nitschowa, a female artist. Learning about Krahelska took me to the Warsaw Uprising, the biggest anti-Nazi resistance movement during World War Two, and my pride in being Polish swelled. For 63 days, until they were betrayed by the Soviets, the regular people of Warsaw held the Nazis at bay. They liberated a concentration camp, freeing over 300 prisoners. Krahelska’s poems were the anthems of the fighters, and she herself was a fighter, a martyr who lost her life to German bullets in a field of sunflowers. She laid low so as not to reveal the positions of her comrades around her, hoping to wait until nightfall to crawl for medical help. She died.

Learning what I did, a deep fascination with and respect for Poland and its culture gripped me. I would never truly know my father or my Polish family, but I could know our homeland, its history. I went to Poland and arranged to teach a writing workshop with Polish feminists. All around Warsaw I saw the Kotwica, the anchor-shaped emblem of the uprising. By the river I found an exhibit of representations of Syrenka the mermaid throughout time, from her inception as a strange, blobular creature, web-footed and winged, to her sexy art deco depictions to the dark-haired, sword-bearing warrior seen everywhere today. I hung out with Polish lesbians and learned of the very real punishment meted out by the Catholic government who has lost so much touch with their indigenous, magical traditions.

All of us are indigenous to somewhere. Before Christianity, all of the lands held their own pagan traditions. Some of these endure, adopted by the colonizing Christians in an attempt to sweeten the conversion deal—think trees at Christmas and eggs at Easter. All of them still exist, are still practiced somewhere, by someone. All of them are available to you, to deepen your spiritual practice, whatever it may be, and strengthen your sense of belonging to this world. I may not know the names of my DNA ancestors, but I count among them Jezda, flying about in her mortar and pestle; Syrenka swimming through the dark Polish waters (did you know most all places with oceans or rivers have mermaid myths?), Krystyna Krahelska, with her poems and her courage. These are who I light my altar candles for, calling on their courage and fury and glamour as needed, thanking them for their lives and legacies, situating myself within them.

Michelle Tea’s young adult fantasy trilogy – Mermaid in Chelsea Creek, Girl at the Bottom of the Sea and Castle on the River Vistula are inspired by Polish myths and witches. And pigeons.

Even My Imaginary Male Muses
Don't Measure Up

Viet Thanh Nguyen: How Not to Bore Your Audience at a Reading 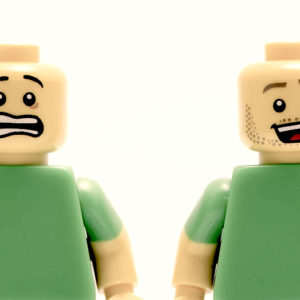 Even My Imaginary Male Muses
Don't Measure Up

I think about Robert Graves as I shiver in my spare room, shopping online for quilted vests and space heaters. Graves contended...
© LitHub
Back to top