Happy Poetry Month or Something

If humans were immortal, like I suspect cats are, today would be the birthday of Christopher Smart, an English poet who was both infamous and influential in his day (1722-1771) but is now mostly known for his long religious poem Jubilate Agno, and in particular for one section from Jubilate Agno, an in-depth, ecstatic, truly ludicrous and wonderful consideration of his cat, whose name is Jeoffry. On the occasion of Smart’s birthday, and also because I love you, I have decided to highlight this poem and some other good poems either about or memorably featuring cats. Please enjoy, and feel free to add more kitty poems to the list in the comments.

“[For I will consider my Cat Jeoffry],” Christopher Smart

I first read this poem, a segment of Smart’s Jubilate Agno, in a class on the poetics of ecstasy—and what an ecstatic piece it is, probably not least because it was written while Smart was in the “madhouse.”

For I will consider my Cat Jeoffry.
For he is the servant of the Living God, duly and daily serving him.
For at the first glance of the glory of God in the East he worships in his way.
For is this done by wreathing his body seven times round with elegant quickness.
For then he leaps up to catch the musk, which is the blessing of God upon his prayer.
For he rolls upon prank to work it in.
For having done duty and received blessing he begins to consider himself.
For this he performs in ten degrees.
For first he looks upon his forepaws to see if they are clean.
For secondly he kicks up behind to clear away there.
For thirdly he works it upon stretch with the forepaws extended.
For fourthly he sharpens his paws by wood.
For fifthly he washes himself.
For sixthly he rolls upon wash.
For seventhly he fleas himself, that he may not be interrupted upon the beat.
For eighthly he rubs himself against a post.
For ninthly he looks up for his instructions.
For tenthly he goes in quest of food.

*
“Ode on the Death of a Favorite Cat Drowned in a Tub of Goldfishes,” Thomas Gray

Who doesn’t love an 18th century poetic cat elegy? And apparently, this poem isn’t the only work of art Selima’s untimely death inspired. It’s not just any cat who is worthy of the William Blake treatment.

’Twas on a lofty vase’s side,
Where China’s gayest art had dyed
The azure flowers that blow;
Demurest of the tabby kind,
The pensive Selima, reclined,
Gazed on the lake below.

Her conscious tail her joy declared;
The fair round face, the snowy beard,
The velvet of her paws,
Her coat, that with the tortoise vies,
Her ears of jet, and emerald eyes,
She saw; and purred applause.

The hapless nymph with wonder saw;
A whisker first and then a claw,
With many an ardent wish,
She stretched in vain to reach the prize.
What female heart can gold despise?
What cat’s averse to fish?

I mean, who even knew Yeats was a witch?

The cat went here and there
And the moon spun round like a top,
And the nearest kin of the moon,
The creeping cat, looked up.
Black Minnaloushe stared at the moon,
For, wander and wail as he would,
The pure cold light in the sky
Troubled his animal blood.

Quintessential WCW: simple, evocative, and lovely. Here’s another good one, if the below is not enough for you.

As the cat
climbed over
the top of

the jamcloset—
first the right
forefoot

carefully
then the hind
stepped down

into the round
of the empty
flowerpot.

A poem with Atwood’s characteristic whimsy and wit, which also gets high marks for use of the phrase “small pink bumhole.”

Winter. Time to eat fat
and watch hockey. In the pewter mornings, the cat,
a black fur sausage with yellow
Houdini eyes, jumps up on the bed and tries
to get onto my head. It’s his
way of telling whether or not I’m dead.
If I’m not, he wants to be scratched; if I am
He’ll think of something.

*
“The Owl and the Pussy-Cat,” Edward Lear

Not exactly about a cat, but featuring a cat, and one so memorable that I thought it necessary to include.

The cross-eyed cat approaches
with its tiny, bee-like mouth.
How can I say what it is to see it
brush you? As it denies me
even the smallest affection, I call it
Lucy, after the rich woman of Sicily
who spooned out
each of her eyes,
placed them on a platter,
and sent it to her suitor as a way of refusing . . .

*
“Love Poem for What It Is,” Rebecca Hazelton

Ditto this one, in which love is a jerk and so is this cat.

When the cat reaches up
one needled paw to drag down a book
from your desk, then another,
that’s not love—that’s dominance.

A love sonnet to a feline acquaintance.

Cat! who hast past thy grand climacteric,
How many mice and rats hast in thy days
Destroy’d?—how many tit bits stolen? Gaze
With those bright languid segments green and prick
Those velvet ears—but pr’ythee do not stick
Thy latent talons in me—and upraise
Thy gentle mew—and tell me all thy frays
Of fish and mice, and rats and tender chick.
Nay, look not down, nor lick thy dainty wrists—
For all the wheezy asthma,—and for all
Thy tail’s tip is nicked off—and though the fists
Of many a maid have given thee many a maul,
Still is that fur as soft as when the lists
In youth thou enter’dst on glass-bottled wall.

Because a big cat is still a cat.

Tyger Tyger, burning bright,
In the forests of the night;
What immortal hand or eye,
Could frame thy fearful symmetry?

*
“She sights a Bird — she chuckles —,” Emily Dickinson

I want to be against a cat “chuckling” but, well, it’s Dickinson.

Her Jaws stir — twitching — hungry —
Her Teeth can hardly stand —
She leaps, but Robin leaped the first —
Ah, Pussy, of the Sand,

Old Ella Mason keeps cats, eleven at last count,
In her ramshackle house off Somerset Terrace;
People make queries
On seeing our neighbor’s cat-haunt,
Saying: ‘Something’s addled in a woman who accommodates
That many cats.’

Eliot famously wrote an entire book of cat poems; any would do, but this is my favorite.

The Naming of Cats is a difficult matter,
It isn’t just one of your holiday games;
You may think at first I’m as mad as a hatter
When I tell you, a cat must have THREE DIFFERENT NAMES.

Baudelaire also wrote a surprising number of poems about cats. Or perhaps not that surprising for a romantic like him.

Come, superb cat, to my amorous heart;
Hold back the talons of your paws,
Let me gaze into your beautiful eyes
Of metal and agate.

A delightful little cat poem from the author of speculative feminist classic Woman on the Edge of Time.

Mine, says the cat, putting out his paw of darkness.
My lover, my friend, my slave, my toy, says
the cat making on your chest his gesture of drawing
milk from his mother’s forgotten breasts.

Let us walk in the woods, says the cat.
I’ll teach you to read the tabloid of scents,
to fade into shadow, wait like a trap, to hunt.
Now I lay this plump warm mouse on your mat.

My Jewish Grandfather, Handpicked by Hitler to Curate the Museum of Extinct Races? 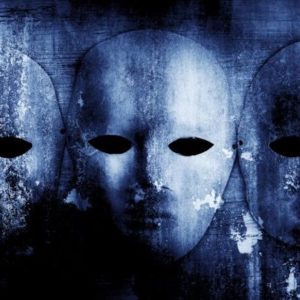 Anais Nin once wrote: “We see things not as they are, but as we are.” This is, among other things, a searing indictment...
© LitHub
Back to top