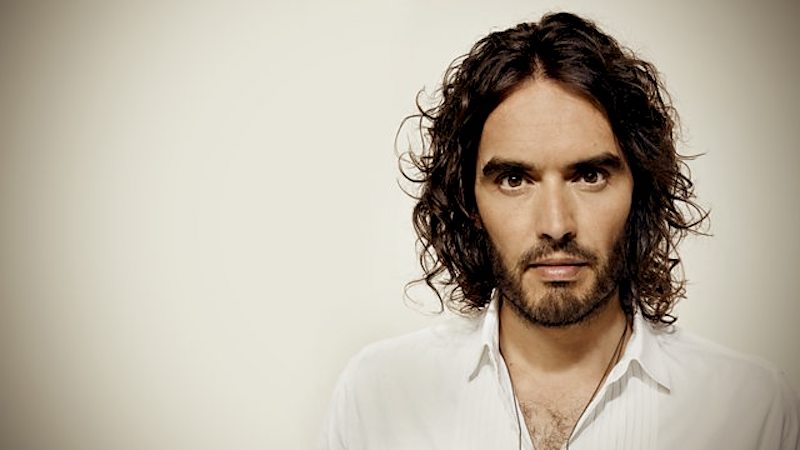 Russell Brand on Rehab, Recovery, and Choosing the Right Mentor

"It is okay to talk about your feelings, more than okay, mandatory."

A recovering drug addict is a contradiction by definition and Chip is a fine example. A nerd bank robber. Middle-class scum. Pious atheist. I didn’t make him a mentor when he diagnosed my addiction, at that point he was just the bloke who ran the treatment center I was unwillingly being packed off to, someone I’d have to charm into letting me out at some point. For all I knew there would be a test and a certificate. In fact there was: drug tests and a kind of “well done, you” certificate—like “Sports Day Medals for Everyone” at a progressive school.

When I met Chip he had been clean for a little longer than I have now, 16 years. He’d been trawling London with zealous do-goodery, interfering in the life of Davina McCall and was friends with Eric Clapton, so he had credentials. Of course I was not famous at this time but if you’d cut me open I was pure ambition. Well, not pure, I was significantly contaminated with crack and heroin—that was the problem.

Chip had been a far worse drug addict than I was. For one thing he was intravenous, for another he served real time for proper crime; in the warped ecology of junkies and inhabitants of the underworld that means he had status. More practically it meant I could trust him on the subject of addiction and the business of quitting drugs.

In this case there was the added advantage that I had been institutionalized and that there was a clear endpoint in mind—abstinence—and a method to achieve it: 12 Step recovery. Perhaps these are the perfect conditions for mentorship: a mentor, a mentee, a method and an institute. The Hindu guru-disciple relationship typically functions along these lines, as does martial arts training. Interestingly, neither of these paths have an obvious western counterpart; the most obvious comparison—trade apprenticeship—is contextualized by commerce and professional necessity. In my experience, mentorship is more successful when there is no financial component.

The most immediate and obvious thing that Chip taught me was that it is okay to talk about your feelings, more than okay, mandatory. In fact that’s all we did, talked about feeling vulnerable, inadequate, fearful and angry. Honesty is nonnegotiable in a relationship of this nature because you need to trust someone if you’re going to allow them to help you, and they of course need to be dealing with the truth of who you are, not the Facebook, press-release version of yourself you’ve been fobbing the world off with up till now. Through his honesty, Chip demonstrated that it was safe to be vulnerable; through his own abstinence and change he showed me that the task I had to undertake—to give up drugs and alcohol—was entirely achievable and he told me what I would have to do.

What I brought to the relationship, I now know, was Honesty, Open-mindedness and Willingness—known as ‘HOW’ in 12 Step jargon. This is the attitude I deploy still in any relationship where I am the student. Whether in meditation, Jiu Jitsu or business affairs I approach my teacher, my “mentor”, in an honest, open-minded and willing way. I recognize that they have something I want, that they have achieved something that I haven’t, that as I am in the moment I sit before them, I am insufficient, and for the transfer of energy or education to take place I must be mentally and spiritually prepared. This is as true for a yoga class as it is for a Spanish lesson or therapy.

Through Chip’s own abstinence and change he showed me that the task I had to undertake—to give up drugs and alcohol—was entirely achievable and he told me what I would have to do.

No wonder my high school education was a washout. On the days I showed up I sat detached, glum, angry and impenetrable. I did not want what the teachers had to offer, I wanted to go home. But to be fair to teenage me, because I’ve learned to love that little guy, while the schools I went to may have declared that they were there to educate, they were in fact, unconsciously or otherwise, there to indoctrinate their charges into a state of malleability and passivity. Generally educational bodies do not exist to bring out your innate brilliance but to monger your wayward nature into a unit of manageable energy that will not be too disruptive to the social systems that benefit the powerful.

Chip was not about that at all. He was a kind and caring man, it was clear to me—even then—that he felt invested in my wellbeing. In the intervening years I have changed so much that it is hard to recall the vulnerability I felt then or how alien Chip’s kindness was.

In the three months that I was in treatment I was given written tasks to complete that were formulated around the first three of the 12 Steps:

1. Admit you have a problem.
2. Believe in the possibility of change.
3. Ask for help and follow suggestion.

In practice this meant providing accounts of when my drinking and drug use put me in danger or caused me to behave regrettably, examples of new habits I could adopt to support change, and ways in which I could get help that weren’t previously available.

Nearly 16 years later I use this formula when dealing with less critical problems of my own, and when mentoring other people. It is a near universal template. Having Chip as a witness and a guide as I undertook this as a novice was invaluable. When I gave accounts of the consequences of my drug use he was non-judgemental and offered stories of his own. He was able to validate ideas I had about how to change my habits and patterns and suggest better ones; and, importantly, he was a living demonstration of the success of the methods. He was also the first person that I was able to ask for help in a way that felt safe and free from hidden or unclear obligation.

This is the first, and in a way most vivid, example of mentorship because the intention was so explicit, transition from drug user to abstinence; the method was established, the 12 Steps; and the environment supportive, a treatment center for addiction. This meant that the relationship between Chip and myself had a good chance of succeeding as long as I was honest, open and willing, was able to accept my own flaws, believe I could change and give Chip the authority to steward that change. His obvious compassion, humor, honesty and experience meant that my decision to trust him felt safe. When I read my life story to him, a common therapeutic exercise which gives your mentor an idea of your version of events and forces you to commit yourself to a narrative, he said, and I remember this most vividly and it still elicits a little, inward shudder, “Poor, lonely, little boy.”

Hearing him say that made me feel understood but humbled, like I no longer needed to inflict an impression of myself on others, that I was no longer required to dupe or trick people into accepting a version of me that I constructed as I went along. It kind of winded me. It meant that I could accept that my shameful feeling about being that little boy could be addressed head on. It meant that I could tell Chip saw the truth in what I wrote.

My mate Matt read the same life story the night before I handed it in, he’d come to visit me in treatment, rather sweetly. Let me tell you his assessment of the work was less sympathetic, he wrung it out for comedy in the most brutal fashion, cruelly pointing out my unconscious attempt to present my life as a kind of rock ‘n’ roll bio, scoffing at the bits where I “lived above pubs”, and coldly undermining the self-aggrandizing tone. Humbling in another way. For this reason I have peers, to remind me where the boundaries of my tribe lie. But if I want to get beyond these boundaries I will need a mentor. Chip didn’t take the piss. It would’ve been pretty unforgivable if he had (!). He saw past all the posturing and grandeur to the deeper truth; I was an uninitiated man and I needed to be recognized and encouraged.

The mentorship Chip gave me was a success, and the goal of every student is to surpass the master. I may never have achieved this goal but I did become clean; once clean I could resume my all-consuming quest for glory and with that I was alone once more, untethered, fatherless. The encoded individualism runs so deep in me that once the obvious symptoms of addiction had been addressed, its power reasserted, and for a decade I was lost in rudderless indulgence and illusion. Whilst I had learned from Chip how to become drug free, I had failed to learn a deeper lesson. 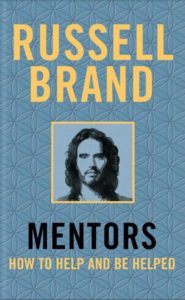 Russell Brand is a comedian and an addict. He's been addicted to drugs, sex, fame, money and power. Even now as a new father, fourteen and a half years into recovery he still writes about himself in the third person and that can't be healthy. As well as writing funny and insightful books, including My Booky Wook and Recovery, he still performs as a comic and is studying for an MA in Religion in Global Politics. He has two cats, a dog, a wife, a baby, 10 chickens and 60 thousand bees in spite of being vegan curious. He is certain that the material world is an illusion but still keeps licking the walls of the hologram. 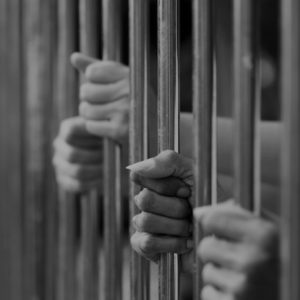 It’s September 2011 and I’m sitting at the back of a classroom in a school on the outskirts of inner London, pleading...
© LitHub
Back to top
Loading Comments...