TODAY: In 1851, Sojourner Truth delivers the “Ain’t I A Woman” speech at the Women’s Rights Convention in Akron.

Here are the 38 novels you should read this summer, plus the 75 nonfiction books you should read after that (according to us) • Cathy Park Hong on the summer of 2020 • Brandon Stosuy recommends “cultivating an art of noticing” in the age of endless scrolling • On the evolutionary uses of storytelling • Gabby Bellot on W.E.B. Du Bois’ radical sci-fi story • Arielle Zibrak against the concept of “guilty pleasure” literature • Linda Rui Feng on writing from the precarious hunger of childhood • Julianna Margulies recalls the tipping point of her TV career • Rinaldo Walcott traces the tradition of rioting • Joy Harjo on making a new map of poetry • Are gay uncles having a cultural moment? • How daytime soaps and PBS laid the groundwork for The Real Housewives • B. Pietras on the old women and queer men of Alice Munro’s fiction • Pioneering mathematician Katherine Johnson on the diagnosis that altered her family forever • Anita Diamant traces the brief, contentious history of menstrual leave • Virginia Kantra on the task of updating Little Women • Robert MacFarlane on the “watery life” of Roger Deakin • Chloe Angyal on the hypercompetitive world of ballet • Bo-Young Kim recommends five sci-fi books that shaped her writing career • Mona Kareem on Ra’ad Abdulqadir’s mission “to save the Iraqi prose poem” • Chad Hanson on the myth of the “tidy forest” • Maya Abu Al-Hayat on the thriving artistic life of the Palestinian city Ramallah • Chad Bryant on literary life in turn-of-the-century Prague • Catherine Wolff considers the ways we seek out the divine

“Midnight’s Children sounds like a continent finding its voice.” The first reviews of Salman Rushdie’s Booker-winning magical realist epic • A month of literary listening: AudioFile’s best audiobooks of May • New titles by Rachel Cusk, Joan Silber, Alison Bechdel, and Chimamanda Ngozi Adichie all feature among the Best Reviewed Books of the Month

Kathy Wang with six nonfiction books about tech billionaires behaving badly • Outlaws, addicts, dreamers, hustlers: David Gordon on the literature of the New York underworld • A brief history of the serial killer movie that was supposed to be David Fincher’s follow-up to Zodiac • Charles Casillo on Suddenly, Last Summer and the scene that nearly broke Elizabeth Taylor • Spies in exile, treasure hunts, and missing persons: May’s best nonfiction for crime readers • Ginger Bolton would like you to have a sweet and cozy summer with these delectable mysteries • May’s best new international crime novels • Jonathan Stevenson on the legacy of the CIA’s first defector • 14 new-in-paperback releases to read by the poolside • Krista Davis with cozy mysteries featuring delicious and doable recipes

Audiobook Recommendation: The Bubbe Diaries by Paula Span, Read by the Author 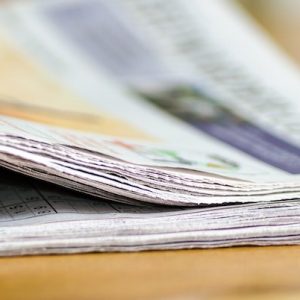 Here’s an incredible archival project you might not know about: Reveal Digital is partnering with academic and public libraries...
© LitHub
Back to top