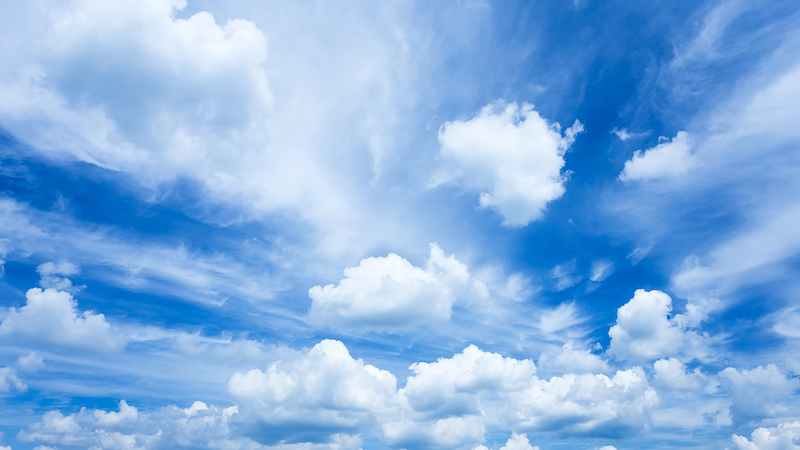 Imagining Heaven: On the Idea of Religious Quest and Prayer

Catherine Wolff on the Ways We Seek Out the Divine

I was on a trek across the Sierras one summer with a group of friends, including a number of soulful burros who carried our equipment and provisions. When night fell we’d face the dilemma of whether to leave them tied up. If we did, they’d be ready to go the next day, but they’d have methodically eaten everything in reach. If we left them free, we’d hear a rustling around four am: they’d be drifting off, uphill or down, through trees or open space, always east, sometimes for a mile or two, following some deep calling. They were seeking the light slowly dawning on the world.

Those who recognize themselves as creatures of God instinctively seek the light, and its source. Indeed, as the ancient theologian Longinus wrote, “The extensive reach and piercing speculation of the human understanding passes the bounds of the material world, and launches forth at pleasure into endless space.” But God also seeks us. In the last months of his life, before he died of brain cancer, my brother Bill—the one I want to drink that bottle of red wine with—was often told by well‑meaning people that he was going to God. But in prayer he discerned something altogether different, and spoke wonderingly of his sense that God was coming toward him. He was not so much being wrenched out of this life in his prime as being approached by God moving into his life, calling to him.

We must seek if we are to find, and the search to find God in this life, and thus to join God in life beyond, can be daunting. But we have all been called. As Saint Augustine prayed, “You have made us for yourself, O Lord, and our hearts are restless until they rest in you.” And we are guided by “the Spirit that comes from God, to teach us to understand the gifts he has given us.” Finally, we are not alone: there are prophets and saints in every faith tradition. Moses led his people in the desert; Muhammad is his people’s moral exemplar; Siddhartha taught the way; Jesus is the mediator, embodying the human and the divine.

The fullest religious quest is grounded not only in the intellect and in the soul but also in the body, and everything and everyone we encounter in our lives.

Whatever path we take, we must search using all our ways of knowing—philosophy and theology, science and experience. But when our accustomed ways of knowing do not suffice, religious believers turn to faith, and it is through faith that we reach beyond this existence. In turn, we find another way of knowing, which is nothing less than “collaboration with the mind of God.”

A cautionary note here. The fullest religious quest is grounded not only in the intellect and in the soul but also in the body, and everything and everyone we encounter in our lives. Too much religious belief is dualistic: the mind and spirit are innately pure while the body is innately degraded. But we come to knowledge and understanding through our bodies, through our senses and emotions and the sheer wear and tear of life. We leave our bodies behind (for a while, or for good) at death, but we live our earthly lives in them, and should cherish the ways in which they lead us to God.

The very effort to follow the path of faith, to find God in the moment and in our ultimate rendezvous, enhances our ability to do so. There are times when we are confident, but also times when we are in the desert—world‑weary, despairing. And yet so many saintly people—Mother Teresa, Abraham Joshua Heschel, Dietrich Bonhoeffer—say that when God seems far away, when we cannot find him, we can still be faithful to the times when we have felt faith. The wise course is to find peace with questions, with doubt, rather than through prefabricated conclusions; to pursue clues of the divine without feeling obliged to prove anything. As the poet Christian Wiman writes, “Truth inheres not in doctrine itself, but in the spirit with which it is engaged, for the spirit of God is always seeking and creating new forms.”

Religious faith provides a pathway to life with God, during our time on earth and after our death. But along with the challenges of pursuing such a path, we are faced with the stark limitations of our earthly existence, bound as it is by space and time. How can we conceive of something we’ve never experienced directly, that by definition lies beyond us? That has always been sought, but never quite found? All the information gathered, all the arguments considered, are not enough for us to glimpse what lies beyond this existence. If we can do so at all, it is through the alchemy of the imagination.

Find peace with questions, with doubt, rather than through prefabricated conclusions; to pursue clues of the divine without feeling obliged to prove anything.

Author John Cornwell told me of an old friend who sought the divine not through creation or revelation but through understanding the self. He believed we are born with the notion of an ideal self that has a whole range of virtues and qualities that we are conscious we don’t measure up to. This ideal self springs from the imagination and is nothing less than the reflection of the divine in the world. It is through the creative, one might say sacred, exercise of the imagination that our very souls arise.

The workings of the imagination are mysterious. Samuel Taylor Coleridge described the imagination as the power “to shape into one,” so that unconscious elements emerge into consciousness, making a meaningful whole of sensations, language, memory, and perceptions. We moderns are accustomed to applying a scientific standard to reality: a given phenomenon must be objectively verifiable, preferably through measurement. But the imagination gives rise to interpretations—maps, poetry, paintings, creeds, diagrams—that can be just as valid. Such figurative language and representation, symbol and ritual, express the dynamic connection between the human mind and the universe and point us toward things beyond. Indeed, the history of belief in heaven (or hell or transcendence) is the history of our imaginings about it. We are authors of an ongoing story whose conclusion, if it has one, lies beyond our natural horizon.

The imagination is what a creative person lives on, and so I asked the author Tobias Wolff (with whom I converse regularly, as he is my husband) how it works for him. He was emphatic: all the things we think and do are entwined with the imagination, as it creates in us the capacity to decide what to do going forward, whether meeting a friend for lunch, planning a trip, or writing a story. He does not make the common distinction between the imagination and reason, which often carries the implication that the imagination is just froth, lacking the substance of observable concrete reality. Wolff points out that it is convenient to divide things that way but that our lived experience tells us otherwise. Still, he understands the distinction might be comforting: “The thing about imagination is that it represents a potentially riotous and uncontrollable part of your life, and some people fear that.”

One can appreciate the risk, but then there is the adventure. The imagination provides a way to escape from everyday reality, to move beyond the self. And it can take us in unexpected directions. Wolff described The Stranger as a novel its author, Albert Camus, did not mean to write. In public statements, Camus spoke of the character Meursault in heroic terms, and framed his impending execution in such a way as to recall Jesus’s crucifixion. But the Meursault in the novel is a self‑justifying liar and murderer. This Meursault is actually a much more interesting, complex figure than the simple truth‑teller Camus described, and the novel accedes to greatness precisely because of those complexities.

What accounts for this difference between the intention and the achievement? Wolff believes that “in the creation of art, if you’re lucky, something unexpected happens—you do something even better than you intended. The greatest work somehow has taken a step beyond what you imagined it would be.”

Wolff does not take the imagination for granted, however. “It is a gift, and gifts can’t be commanded. They come when they are given.” He believes most artists understand that there is something inexplicable about the imagination, and that to try too hard to figure out where the gift is coming from can compromise it. “An open and welcoming heart is the best way to invite imagination, and a grateful heart when it comes. I see why people think of it as a sacred gift, because it’s like grace.” It is no surprise that Wolff believes that imagination can be a path to spiritual experience. 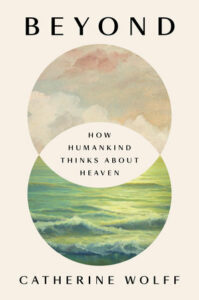 Catherine Wolff is a writer, editor, and former director of the Arrupe Center for Community Based Learn­ing at Santa Clara University. She edited the collection Not Less Than Everything: Catholic Writers on Heroes of Conscience from Joan of Arc to Oscar Romero. She is married to author Tobias Wolff. They have three grown children and three grandchildren and live in Stanford, California.

Interview with a Journal: The Yale Review 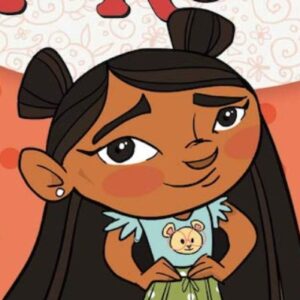