How Would the Sisters of Little Women Experience the World Today?

Virginia Kantra on Updating a Classic

The stories we love put down deep roots inside us, nourished by our imagination and strengthened by repetition. I was ten years old when my grandmother gave my sister and me a copy of Little Women. The March sisters—reliable Meg, independent Jo, stylish Amy, and shy Beth—felt real to me. I wanted to go live with them, to perform in plays and write a newspaper and make friends with the boy next door.

The book is 152 years old and has never gone out of print. The conflicts in Little Women still feel very modern: family responsibilities and sibling rivalry, work and motherhood, and the tension between creative desire and the need to make money. If you grew up as a fan of Louisa May Alcott (or of Christian Bale in the 1994 movie version of Little Women or the recent Greta Gerwig release), you may believe the story is perfect exactly as it is.

That was a challenge for me as a writer. I wanted to be true to the warmth and charm of the original, to honor the text, but also make the story fresh and compelling for readers discovering these characters for the first time. At the same time, I was aware that because so many readers know and love Little Women, they would to bring their own feelings and memories of reading the book (or watching the movie) to my book. I’m not sure you can ever live up to that kind of expectation. You can only be true to yourself, to your own experience, your own emotions.

There’s a moment in the first of my March Sisters books, Meg and Jo, when Jo looks around at her sisters gathered together and thinks, “There was no one else who shared our history, who spoke our secret language, who could summon the past or drive me crazy with a single word. And yet . . . “It’s the same,” she says. “But not the same.”

The classics provide a shared human history, a common language, that evokes an immediate emotional response. Human nature has not changed since Homer’s time or Shakespeare’s.

Louisa May Alcott drew on her own life to write Little Women. My life, my experience as a daughter, sister, wife, and mother, changed how I perceived the story.

The story is about the scope of women’s dreams, the strength of sisterhood, and the different models we can embrace as women.

My retelling, Beth and Amy, is a sequel to Meg and Jo, with the March sisters all grown up and pursuing their dreams in modern times. They were my friends and companions on my own journey to adulthood. For years, I wanted to be Jo. (Is there a writer alive who doesn’t imagine herself as Jo?) But when I re-read the book in college, and again as a young mom with three kids under the age of five, I felt a lot like Meg. Over a lifetime of reading, our perspectives change. There are things I know and notice now that never occurred to me at the age of ten or twenty—not only the details Louisa May Alcott includes about Meg’s domestic troubles or Amy’s artistic ambitions, but also the things she glossed over or left out: sexual passion, for example, or the privation the Alcott family suffered because of the failures of Louisa’s real-life father, philosopher and educator Bronson Alcott.

I wanted to tell the March sisters’ story in a way that reflected my changing, grown-up perspective, drawing on my life and my research into Louisa’s life to make it relatable for readers who aren’t familiar with the original. So I aged the sisters up to their twenties, which I think of as the contemporary “coming of age,” and reimagined their story as women’s fiction.

Little Women celebrates the sisters—all the sisters, even Amy. The story is about the scope of women’s dreams, the strength of sisterhood, and the different models we can embrace as women. At the center of the story, of course, is Jo, the hero, narrator, and interpreter of the family.

Writing Beth and Amy invited me into the interior lives of the younger Marches, growing up in the shadow of their well-known and accomplished older sisters.

While the sisters are timeless, the original Little Women is also very much a product of its time. Some readers—and for a long time, I was one of them—have never forgiven pretty, spoiled Amy for burning Jo’s manuscript, usurping her trip to Europe, and finally poaching her boyfriend. But that story is always told from Jo’s (or author Louisa May Alcott’s) perspective. The success of Little Woman, and Louisa’s portrayal of Amy, overshadowed the career of her younger sister, painter May Alcott Nieriker. Yet—supported by Louisa—May was a successful artist in her own right, exhibiting twice at the prestigious Paris Salon. Like Amy March, May Alcott also chose to marry and have a family. How does the narrative change when it’s told from Amy’s point of view? Or, to put it another way, why is Amy the perfect match for Trey (Laurie)?

Beth, the good dead girl, is a staple of Victorian literature. She is modeled in part on Louisa’s sister Lizzie, who died young, but her character is almost certainly also influenced by a 1854 poem by Coventry Patmore titled, “The Angel in the House,” inspired by the self-sacrificing domestic ideal of the poet’s own wife. Young women no longer die routinely in childhood or childbirth. How would Beth’s fear of growing up and her struggle with autonomy and control express itself today?

The March sisters have always offered clear, distinct women’s voices when we need them.

Flipping the script forced me to consider the pressures of being the “good one” and the “pretty one” in the family. My experience and emotions suddenly became part of the narrative. I had Things To Say. And with that realization, the character of Marmee also found her voice and revealed herself as a woman with her own drives and dreams. Louisa May Alcott’s mother, Abba, was an early feminist. Devoted to her husband, she shouldered most of the burden of caring for their four daughters. In writing my character of Abby March, I wanted to bring the flesh-and-blood Alcotts out from behind the sanitized versions preserved in Little Women and reimagine their marriage in a modern context.

In the second volume of Little Women, Good Wives, the sisters largely compromise their artistic ambitions in service to family life. We seek a different balance today. Family is still at the heart of the March sisters’ story, but becoming our best selves is no longer circumscribed by a Victorian ideal of self-sacrifice. Retellings are a way to evoke the emotional power of the classics, to keep the comfort of familiar stories, while continuing to ask important questions about who we are and how we can live meaningful lives.

The March sisters have always offered clear, distinct women’s voices when we need them. They guided my path in so many ways, as a writer and a woman. Now, in Meg and Jo and Beth and Amy, I am honored to share their story, my story, and invite new readers along on the journey. 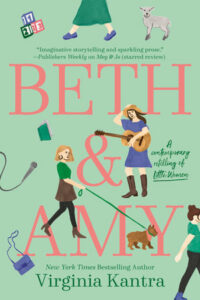 Beth and Amy by Virginia Kantra is available via Berkley Books.

New York Times bestselling author Virginia Kantra is the author of almost thirty novels. She is married to her college sweetheart, a coffee shop owner who keeps her well supplied with caffeine and material. They make their home in North Carolina, where they raised three (mostly adult) children. She is a firm believer in the strength of family, the importance of storytelling, and the power of love.

Robert Macfarlane on Roger Deakin and the Origins of Wild Swimming 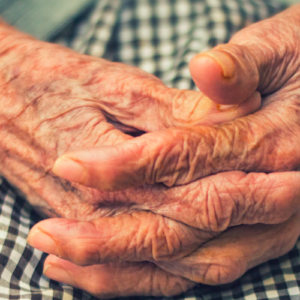 Old women are woven through Alice Munro’s fiction like a skein of glinting silver thread: grandmothers who guard family...
© LitHub
Back to top
Loading Comments...