TODAY: In 1871, Walt Whitman replied for the first time to his British admirer, Anne Gilchrist, (tactfully) declining her offer of marriage.

WHY YOU SHOULD VOTE NEXT WEEK:  Aleksandar Hemon on the futility of debating fascism • Lewis Lapham on the “dysfunctional, stupefied plutocracy” that has risen to power• Precious Rasheeda Muhammad on the legacy of slavery borne by Black women • Jose Antonio Vargas on appearing on Fox News as an undocumented American • How gerrymandering is destroying American democracy • Elie Wiesel on the problem with tolerance • On Fiction/Non/Fiction Alexander Chee and Jane Coaston talk Midterms, storytelling, and the politics of Black conservatism • The final installments of our wildly hot-button series: 10 books that defined the aughts and the the 10 books that defined the 2010s • Sarah Rainsford follows the trail of Our Man in Havana to uncover some of Graham Greene’s Cuban haunts • César Aira on why art (and literature) needs more sarcastic critics • “I just wanna do hoodrat stuff with my friends.” Donald Quist on the Internet celebrity of Latarian Milton, and life for young black boys at a crossroads • Photojournalist Lynsey Addario’s letters home from Iraq • How much of “The Dead” is based on James Joyce’s own family? Colm Tóibín on the greatest short story ever written • The time James Salter inspired Hunter S. Thompson’s booze-soaked trip to the Kentucky Derby • Meg Wolitzer and Andre Dubus III discuss curiosity, empathy, and what it’s like to write a novel • On liars, fabulists, and make-believers: how literary hoax might be the most underappreciated genre • “The horror of the Great War consumed the lives of soldiers and civilians alike; it sought them out in their sleep, their imagination, and, bizarrely, in their entertainments.” How horror changed after WWI • “There is no tradition of horror or weird writing in Spanish.” Mariana Enriquez on religion, superstition, and the dark side of writing as an Argentinian • Mall zombies, property-holding vampires, and braaaaains (to each according to his need): horror in capitalism’s wake • The warming earth is waking up dormant—and deadly—diseases: Jeff Nesbit on the “warning flare” of animal die-offs • “I’m haunted by the desire to belong, that eternal wish of every immigrant displaced by choice or history.” Sandra Cisneros on Elena Poniatowska, in this edition of The Avid Reader • “One time, when he forgot to turn up to a tea party he wrote in his letter of apology that he couldn’t come because his thumbs were too small.” Viv Groskop on the weirdos of Russian lit, from Turgenev to Akhmatova • “They found Orwell dreadfully decayed but otherwise entirely himself.” On the last days of George Orwell • Five defunct literary magazines worth remembering • The Lit Hub Staff’s Favorite pieces from October, t

he best book covers of the month, and 16 books you should read in November

Some Like it Dark: Heather Cleary recommends four haunting books in translation for the Halloween season • The scary stories don’t stop; curl up with one of these 10 terrifying 21st century novels… if you dare • We Begin in Gladness: How Poets Progress author Craig Morgan Teicher on five books about starting out as a poet • This week in Secrets of the Book Critics: Laura Spence-Ash on Ulysses, Gravity’s Rainbow, and Rigoberto González • Vampires and ghost stories and Reddit trolls, oh my! It’s the 5 Book Reviews You Need to Read This Week • Sylvia Plath’s final letters, Stephen King’s sweet social critique, and Nietzsche’s misunderstood mind all feature among our Best Reviewed Books of the Week

10 new crime novels to read this November • CrimeReads editor Dwyer Murphy rounds up the best conspiracy fiction “born of the paranoid thrillers of the 1970s,” from James Ellroy to Gary Phillips • Whatever happened to Barbara Newhall Follett, former child prodigy author who disappeared in 1939? Sarah Meuleman investigates •  “Minds did not imagine horrors but saw clearly the horribleness of their universe.” David Van Leer on the works of Edgar Allan Poe as psycho-thrillers • From Gustav Doré’s The Raven to Aubrey Beardsley’s Murders in the Rue Morgue, a look at the illustrated Edgar Allan Poe • “Horror can often be a very realistic way of expressing how the world feels.” Podcaster and novelist Joseph Fink talks horror, anxiety, and the road trip of life • Claire Fuller on voyeurism in crime fiction • Psychos, slashers, and serial killers: Film scholar Darryl Jones looks at the many modern visions of monstrosity • “How’s a killing like that arranged?” And other questions that Ian Fleming once asked Raymond Chandler • Anna Snoekstra recommends the best Aussie noir and true crime by women • Medicine is thrilling: a doctor’s guide to medical mysteries and thrillers, from Lydia Kang • Take a tour of the shadowy world of horror crime crossovers with weird fiction-aficionado Max Booth III • Paul French looks at the violent history, convulsive modern politics, and enviable setting of crime fiction in Barcelona • Steven Cooper on why investigative reporters turn to writing crime fiction • The worst Boston accents in crime cinema, the art of the painstaking Sherlock recreation, and more: the CrimeReads editors pick their favorite stories of the month 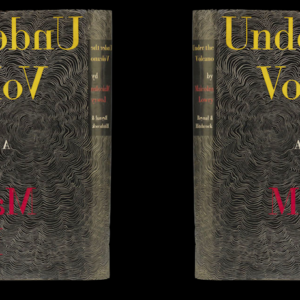 “One time, when he forgot to turn up to a tea party he wrote in his letter of apology that he couldn’t come because...
© LitHub
Back to top