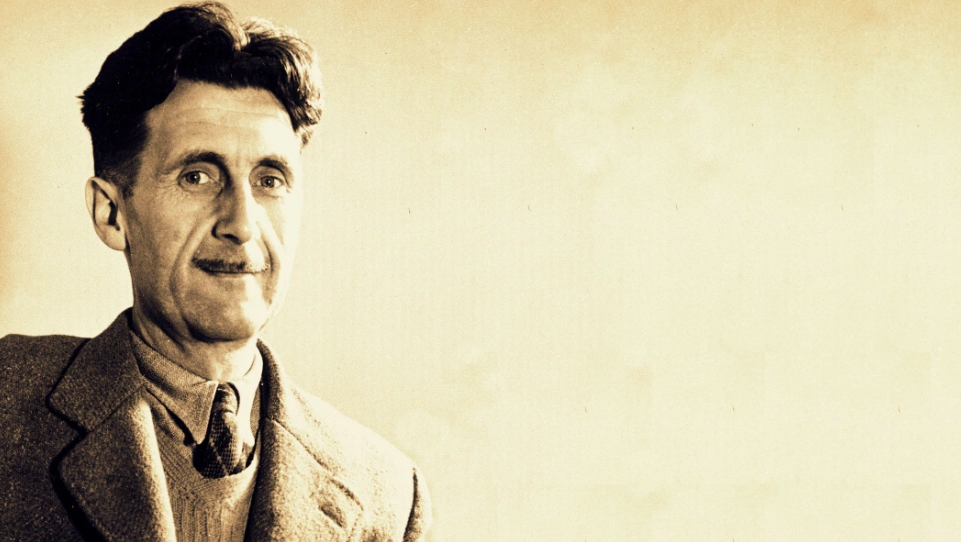 "All the time there was the stench of death in the air."

Anthony Powell’s novel was giving him trouble; the agitation he always felt at the prospect of handing over a manuscript was now worse than ever because of the enormity of this particular project, and his own uncertainty about it. He cheered himself up by putting together a parcel of books by Barry Pain, a turn-of-the-century humorist with the dark streak that appealed to Powell in the Edwardians (“a more morbid collection of men could not be named,” he said of the light versifiers he read aloud to Tristram at bedtime).

The book package was for George Orwell, currently struggling to type out his own newly finished manuscript in time to meet a publisher’s deadline on Jura. “I love anything like that,” he wrote happily when he got it, explaining that he was still too weak to sit up at a table for long, or spend more than a few hours out of bed even though he’d left hospital in July. Nineteen Eighty-Four had taken almost more than he had to give: “it’s a ghastly mess now, a good idea ruined, but of course I was seriously ill for 7 or 8 months of the time.”

In the New Year Orwell wrote again from a sanatorium near Stroud in Gloucestershire, where he hoped that nursing and rest might lessen his exhaustion: “How about you? It’s a god awful job trying to get back to writing books again after years of time-wasting.” When Powell asked by return if he could visit, Orwell arranged for a car to meet him at the station, and laid on lunch and tea. In late February Tony came again with Muggeridge, this time walking the seven miles mostly uphill from the station. They found Orwell dreadfully decayed but otherwise entirely himself, still smoking and coughing, with a bottle of rum secreted under the bed which the three of them finished off between them. He said he hoped to live another ten years, long enough to see Richard into his mid-teens and write at least two more books. “I am not sure he will pull this off,” Muggeridge wrote in his diary.

In May Orwell told Tony he was likely to spend the rest of his life bedridden—“or if not in bed, at any rate at the bath-chair level”—and that the consultant reckoned that his only chance of surviving for even a few more years was to write nothing for the next 12 months, perhaps longer. Nineteen Eighty-Four was due out in June. Terrified by its dystopian reality, his publisher told Muggeridge that booksellers who read it claimed to be too scared to sleep at night (“When I told this to Tony Powell, he laughed long. The idea of anything keeping booksellers awake was, to him, irresistibly funny”). It was typical of Orwell that, in the month of his own book launch, he managed to get hold of Powell’s biography and his collection of John Aubrey’s Brief Lives, and to read both of them. In August he moved back to London, where he could receive old friends and new admirers from his bed in University College Hospital, half a mile away from Chester Gate.

“Nineteen Eighty-Four was due out in June. Terrified by its dystopian reality, his publisher told Muggeridge that booksellers who read it claimed to be too scared to sleep at night (“When I told this to Tony Powell, he laughed long. The idea of anything keeping booksellers awake was, to him, irresistibly funny”).”

It was clear by now that Orwell was dying, and many were appalled that autumn when he married Sonia Brownell. Sonia had been one of the smartest and most eye-catching, probably also the ablest of all the girls in Cyril Connolly’s legendary entourage, going on to become in all but name his assistant editor on Horizon, currently its acting editor in Cyril’s absence abroad. Orwell told her that he would get better if she married him. Most of his male friends bitterly resented her as an intruder but Powell, who dropped in to see Orwell almost every day, watched him revive and become himself again in her presence. Violet liked Sonia too, admiring her generosity and courage. Powell found Orwell a red-velvet jacket (virtually unobtainable in the post-war era of austerity and clothes rationing) to wear for the ceremony, which took place at his hospital bedside on October 21. From then on Sonia arrived every day with books, wine, gossip and plans for the future, bringing warmth, gaiety and comfort to the last months of Orwell’s life. Powell said his “old Wodehousian side” returned so that he seemed in some ways livelier and more relaxed than ever before.

Powell and Muggeridge walked over to the hospital after lunch on Christmas Day, 1949, and found Orwell alone: “all the time there was the stench of death in the air, like autumn in a garden,” Muggeridge wrote in his diary that night. Orwell died a month later on January 21 1950. He had stipulated a Church of England funeral, which Powell organized for him with Muggeridge’s help, dealing with undertakers and persuading the vicar of Christ Church in Albany Street (the Powells’ parish church, although neither had ever attended) to conduct the service. Nineteen Eighty-Four had made a powerful impact, and Animal Farm was beginning to be widely known, but Orwell had as yet nothing like the reputation that eventually made him a key figure of the 20th century. Fifty or sixty people attended the funeral, moving on afterwards to a gathering at 1, Chester Gate. Powell chose the hymns, and a reading from the bible:

The Lesson was from Ecclesiastes, the grinders in the streets, the grasshopper a burden, the silver cord loosed, the wheel broken at the cistern. For some reason George Orwell’s funeral service was one of the most harrowing I have ever attended. 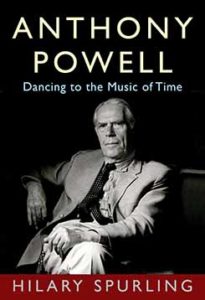 From Anthony Powell: Dancing to the Music of Time. Courtesy of Knopf. Copyright © 2018 by Hilary Spurling.

Hilary Spurling is the author of numerous biographies and has won the Rose Mary Crawshay Prize and the Duff Cooper Prize, the Whitbread Book of the Year Award, and the James Tait Black Memorial Prize. She grew up in Bristol and studied at the University of Oxford. From 1964 to 1970 she was Theatre Critic and Literary Editor of the Spectator, and since then she has been a regular book reviewer for the Observer and the Daily Telegraph. In 2016 she won the Biographers’ Club Lifetime Achievement Award. Her latest book, Anthony Powell: Dancing to the Music of Time is forthcoming from Knopf. 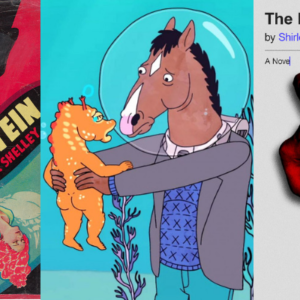 This week I’m recommending two things set within a couple of miles of one another in midtown Manhattan. The first is the Morgan...
© LitHub
Back to top
Loading Comments...