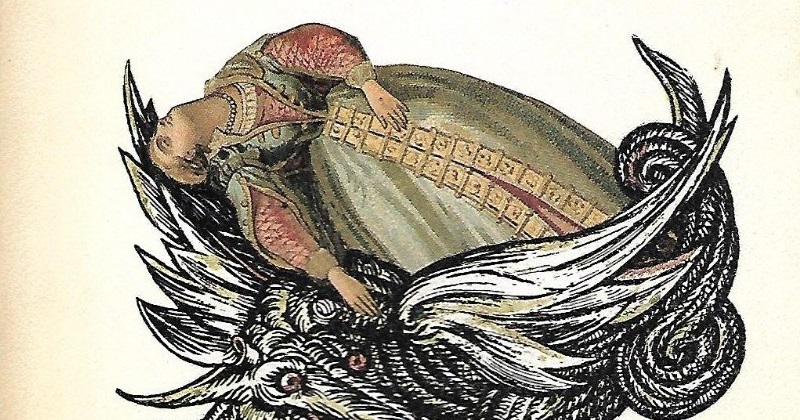 Having a Coffee with One of Mexico's Great Novelists

The little hand serving me coffee is also the hand that wrote the novel La ‘Flor de Lis.’ It seems absurd a writer of such worth should bother serving coffee to anyone, but it’s precisely this humility, this willingness to serve others, whether it be coffee, or novels, or testimonies, or tamales, that makes Elena Poniatowska—Elenita—as familiar to Mexican cab drivers as she is to Mexican professors; yet she remains relatively unknown in the English-speaking world.

Last month I visited Elena at her home in Mexico City and again she served me coffee in the same room where we first met the summer before the big earthquake of 1985. Back then I was just a toddler writer tagging along with Norma Alarcón, founder of Third Woman Press. Like countless pilgrims before and after, we went to Elena to ask for something. And because Elena is the goddess of a thousand teats, she receives us, serves us coffee, answers Norma’s questions about the writer Rosario Castellanos, gives us anything we want.

The next time we meet, it’s the spring of 1988, Santa Barbara. By then I have The House on Mango Street as a way of introduction. La ‘Flor de Lis’ has just been released and Elena dedicates my copy in a handwriting like sewing machine embroidery. Elena writes, “We should make Chicana lit known in Mexico.”

Elena makes good on this wish. She volunteers to translate my novel with the naive belief it will be easy, and serves as its reverse coyote, carrying me south to Mexico. Ay, I’m so heavy, but she doesn’t put me down until I’m delivered safely on the other shore.

Like many Latin-American writers, Elena found her career start in journalism, work her parents regarded as “poco elegante.” Elena’s best-known works are translated into English, hybrids between testimony and reporting; Here’s to You, Sweet Jesus, the Mexican Revolution as told by a woman who served as a soldier, and Massacre in Mexico, about the ‘68 student uprising and slaughter by the Mexican government, which she wrote, she says, because she didn’t want to be an accomplice to impotency.

Even now at 86 years of age, while at work on a novel, Elena’s still meeting newspaper deadlines, though she says, “What I want the rest of my life is to write (novels), because I’ve already been a journalist.” But it’s precisely this border crossing between journalism and literature that has allowed her to reach readers who couldn’t afford books, through countless chronicles, essays, and interviews.

“Like countless pilgrims before and after, we went to Elena to ask for something.”

Yet it’s a book not yet translated into English I come back to, La ‘Flor de Lis.’ Or rather, this novel comes back to me. Maybe because I’ve moved south and now live in Mexico. Maybe because, like the protagonist, I too am haunted by the desire to belong, that eternal wish of every immigrant displaced by choice or history. Or perhaps this is only true of women like me, immigrants whether they stay or go.

La ‘Flor de Lis’ is a love story about mother and motherland. Mexico is a matriarchal culture in which mothers are revered as goddesses, and a goddess, la Virgen de Guadalupe, is revered because she is the mother. But the novel careens from this theme when a working-class priest arrives to upset the social order.

This is a novel about an immigrant’s shifting allegiance from the First World to the Third, from France to Mexico, and casts an intimate but critical light on the French community in Mexico that lost its haciendas during the revolution.

It is also the author’s history, a story told in a magic mirror, a reverse fairy-tale. The book parallels Elena’s childhood and adolescence, the experiences that set her on a path to serving the nobodies that history forgot; daughters of real royalty fleeing a Europe under siege during World War II.

I once accompanied Elena to the Librería Gandhi near her house, walking arm in arm, out of respect, out of love. And when we entered the bookstore, the crowd parted like the Red Sea. “Elenita, Elenita!” I might as well have been walking with La Virgen de Guadalupe. And like the modest Guadalupe, Elena was beneficent with everyone.

Looking after others is Elena’s occupation. She has spent a lifetime doing just that, making herself available to anyone who knocks on her door and needs a wrong righted. That’s why she’s so tired. That’s why the people of Mexico adore her, for being so brave and standing up to presidents. It’s not such an easy thing to do in a country where it can cost you your life.

“Like the protagonist, I too am haunted by the desire to belong, that eternal wish of every immigrant displaced by choice or history. Or perhaps this is only true of women like me, immigrants whether they stay or go.”

Elena grieves that Mexico is a country where no one reads, where some can’t read, where even the current president can’t name three books he’s read, where libraries gather dust, where crimes like the disappeared 43 students of Ayotzinapa go unpunished. But because Elena believes in God as well as politicians, she hopes there will be a change with the president-elect.

Once, descending a spiral staircase, I followed Elena and noticed, for the first time, a whirlpool on the crown of her head where her hair was beginning to thin, and this made me want to hold her, keep her safe, stave off her aging, because she’s been a North Star to me, a light, steady and constant, in the time of darkness.

When I ask Elena if she would like to win a Nobel Prize, she says, “No. You know what I want? I want everyone in my country to go to bed having eaten more or less the same (amount).”

“The best way to find yourself is to lose yourself in the service of others,” Gandhi said. And that ultimately sums up La ‘Flor de Lis,’ or how a writer like Elena learned the work of service is the greatest work we can do.

How Gerrymandering is Destroying American Democracy 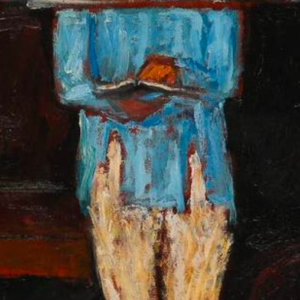 Mark Dery, Born to be Posthumous: The Eccentric Life and Mysterious Genius of Edward Gorey (Little, Brown and Company) Do...
© LitHub
Back to top