Literary Hoax is the Most Underappreciated Genre

From James Macpherson to Lee Israel to JT LeRoy, It's All Good

It was out of love, or rather the desire to be loved, that led the 19-year-old William Henry Ireland to forge the “lost” Shakespeare play Vortigern and Rowena in 1796, not to fool the critics or reap popular rewards but to gain the attention of Ireland’s emotionally withdrawn antiquarian-collector father, who had endeavored throughout his career to uncover correspondences and folios in the Bard’s own hand. The hoax, of course, backfired tremendously when the elder Ireland went so far as to authenticate the play in an expansive series of facsimiles he titled Miscellaneous Papers and Legal Instruments under the Hand and Seal of William Shakespeare that same year, after which the scheme rapidly unraveled to the lasting humiliation of Ireland Sr., and leaving William Henry to eke out the rest of his days as an impecunious hack writer of Gothic novels.

But Vortigern and Rowena was far from the highest-profile literary hoax of the 1700s; that distinction would have to belong to the infamous Fragments of Ancient Poetry, a shake-and-bake Scottish epic attributed to Ossian, a supposedly homegrown Homer of the Highlands whose “work” would become beloved by the likes of Napoleon, Goethe, and Henry David Thoreau despite actually being the fabrication of lexicographer and folklorist James Macpherson.

Every age produces the literary canard it deserves, from 1971’s Autobiography of Howard Hughes—whose true author, Clifford Irving, gambled in vain that Hughes would fail to emerge from his life as a recluse to denounce the work—to the Zen-inflected poems of Araki Yasusada, an imagined atomic bomb survivor and poet whose verses (likely the work of American literature professor Kent Johnson) enjoyed a vogue in poetry magazines throughout the early 1990s.

Volumes like those of Ireland, Macpherson, Irving, and Johnson incubate the circumstances of their composition, weaponizing the prevailing nostalgias and channeling the anxieties of their era while providing a window into the hearts of their author. They are, in other words, literature. Easily the most underappreciated genre in history, the literary hoax is overdue for reappraisal and entirely deserving of critical attention, whatever we think of its pseudonymous authors. It takes deviousness and at least a dash of the amoral to craft a fallacious screed like, say, Nietzsche’s appreciation of Motown in 1951’s My Sister and I but the same could be said of most writers, and most books.

Lies and suspension of disbelief are the name of the game, and the idea of a book being “fake” greatly misunderstands the vagaries of imaginative thought, whose tendency is to trawl the idiosyncratic detritus inherent to its mimesis regardless of the spuriousness or relative candor of its constitutive parts. I’ve never understood the pearl-clutching around the literary hoax—or rather, I understand it perfectly, except in its tendency to hold intellectual labor to a higher standard than that of the gangsters, outlaws, and crooked politicians that are the foundation of heroic colonial history in almost all cases. Mendacity needs its partisans and testimonials as much as your Gatsbys and Huck Finns (works that happen to eroticize the figure of the phony as American originals), and the motivation of the literary liar is not notably different in kind from that of the luminary toiler in obscurity who winds up, by the bootstraps of their own genius, a mainstay in the annals of cultural history. That motivation being, namely, the desire for love, and for money.

In the new film Can You Ever Forgive Me?, directed by Marielle Heller from a brilliant, curt script by Nicole Holofcener and Jeff Whitty, we have our first masterpiece, and in all likelihood Oscar-worthy, paean to forgery of the post-truth age. In a turn of rank stupidity spiked with misogyny, much has been made of Melissa McCarthy’s dramatic turn as plagiarist Lenore “Lee” Israel, based on Israel’s memoir, as if the binary between drama and the comic were not at least as illusory as that between fiction and the truth. Everything is equally funny, and equally false, if you know how to look at it. This is one of the lessons of the film, which is by turns puckish and disconsolate, though it stops short of outright celebrating Israel, who in the early 90s passed off some 400 forged letters attributed to Noel Coward, Fred Astaire, Lillian Hellman, and Dorothy Parker (etc.) as the genuine article.

The film also happens to be one of the few depictions of literature as labor, and of publishing as a marketplace, rather than indulging in the biopic’s usual fantasy of writer as spiritual warrior. McCarthy’s Lee Israel is a near-friendless, hard-drinking grouch who lives in squalor and whose literary biographies have fallen out of fashion, leaving her to adopt falsification as defense against a world that rewards the hollow middle-brow at the expense of unpretentious artistry (early on, we catch a turtle-necked Tom Clancy holding forth on Writer’s Block and his vaunted endurance as scribe).

Easily the most underappreciated genre in history, the literary hoax is overdue for reappraisal and entirely deserving of critical attention, whatever we think of its pseudonymous authors.

On paper, Can You Ever Forgive Me? sounds cynical, and it is in a way. We’re allowed to dwell in deep sadness, failure, and desperation for most of its running time, a rarity in an industry that tends to subject its characters to the worst reality has to offer only for a palliative last act redemptive arc to deliver us from anything too dreary, to wrap the whole thing in a bow, and send us out of the theater in the kind of high spirits that ensure box office returns. Such is decidedly not the case with Heller’s film, which never sugarcoats either Israel’s criminality nor the abiding melancholy that follows her from her ramshackle Manhattan apartment, with only her creaky-but-beloved cat as confidante, to deadening literary soirees and, mostly, the insides of Manhattan dive bars. But it’s also romantic in its own way, at least for the set whose pulse quickens at the sight of huge musty used bookstores and dog-eared mass market paperbacks held together with tape, who use $2 bills as bookmarks and sleep walled-in by piles upon piles of first editions.

Can You Ever Forgive Me? also offers a refreshingly romantic friendship between Israel, who was gay but who seems to have had few enduring partnerships, and Richard E. Grant’s quick-witted Jack Hock, an aging wag that recalls the actor’s Withnail, whose novelty as a courtier is long-since spent and now lives on the kindness of the male lovers he is able to charm and who inveigles both his wardrobe and lodging from fellow burn-outs like Israel. Hock becomes Israel’s errand boy, helping her sell off her backlog of (home-brewed) elite literary letters and collectibles. Watching these two outcasts play havoc with the guardian snoots of the literary world is a joy, at least partially because we know that their success cannot last. The snoots will win out in the end and the balance, momentarily turned to favor the queer, doomed, morally flexible underdogs, will revert back to the neo-aristocratic straight world by the end.

Actually, and I don’t mean this as a slight, it’s not much of a dénouement: Israel and Hock run afoul of the FBI, confess, and are charged for their criminal enterprise in quick succession. It’s not much of a caper, in the end, and it is to the film’s credit that it doesn’t stretch out the cat-and-mouse game between Israel and her denuded clients longer than it does. Lee’s game shopping around phony Dorothy Parker missives (one of which supplies the title) works until it doesn’t and that’s about it. It is only technically a crime movie, though in its inversion of the biopic’s tedious trajectory, it tells us roughly as much about writing as gangster movies do about ad-hoc capitalism. The collector’s mania for high-price keepsakes, with its lip service for the respect of “talent and history,” is defined as a yearning for a “portal into a better time and place, when people still valued the written world.” Such vanity craves exploitation, and Hock and Israel are there to meet the demand. It’s a portrait of the culture industry in miniature, and one that finds humor in the foibles of mercenary agents and preening, be-blazered cocktail hour regulars, suggesting that the realest person in the room might be the faker. The ending, where Israel, confronting her verdict, describes her brief reign as the sought-after of queen of celebrity signatures as the happiest time of her life and Jack Hock asks to be depicted in her memoir as younger and more scintillating, makes plain of one of the film’s keenest punchlines. Namely, that nonfiction is also fake.

In the movie as in life, Lee Israel began her career as a biographer, and the injection of narrative spine into the flaccid epidermis of life-as-lived is as much of an artifice as fiction, if not more so. Most writers are probably better acquainted with alcoholism and cat turds than the gushing inspiration that makes for smoothly-edited montage (there is one such sequence in Can You Ever Forgive Me?, set to the Pixies’ “There Goes My Gun,” and dovetails with the FBI’s fingering of Lee as a person of interest). The work of art is the genesis of what is necessary but which does not exist otherwise; it is the same with the work of deception. Perhaps the reason we get so huffy about plagiarism is that we don’t want to admit that the tissue between scandalous ruse and muse-kissed belles-lettres runs so thin. Lee gloats at one point that “I’m a better Dorothy Parker than Dorothy Parker,” and it’s a hard notion to disabuse her of; an ending caption even tells us that two of her baloney Noel Coward witticisms made it into a contemporary biography of the playwright. We fix personalities in time, making heroes of one set of opportunists at the expense of another, and cutting both into binary cartoons of manqué or genius. What doesn’t fit, we write out and this is especially the case when the subject is unglamorous, female, or queer.

Can You Ever Forgive Me? briefly namechecks the bogus Hitler Diaries, which were published in excerpt between 1981 and 1983 before the sham was discovered. In our own time, the lit-swindle freshest on our minds is probably still JT LeRoy, whose lurid tales of life as a genderqueer child prostitute were believed to be lightly fictionalized. Before LeRoy was unmasked as screenwriter Laura Albert (and sister-in-law Savannah Knoop as live body double at readings and signings), Sarah and The Heart is Deceitful Above All Things were countercultural bona fides for many a college student. The culture needed LeRoy, and Albert was adroit in fitting into that crevice. In the years since her con was uncovered, readers and critics have inaugurated a vogue for co-called “autofiction,” or books that pretend to an absence of artistry, rough-hewn from the raw stuff of life with little or no varnish. But it takes a lot of work to make something look like it was carried off without effort; truth is never more elusive than when we are sure that we have caught it in the buff. Perhaps it is time to give the hoax-book its due and admit that we have as much to learn from it as from the real McCoy. It was none other than William Faulkner who wrote, “Between an ugly truth and beauteous illusion, I’ll take the truth.” And if you believe that, I have a bridge to sell you. 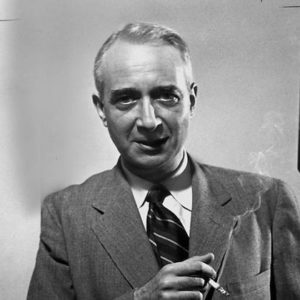 It is rare for a literary critic to remain alive for readers decades after his death—even rarer than for a novelist or a poet....
© LitHub
Back to top