TODAY: In 1938, Orson Welles performs his adaptation of H.G. Wells’ War of the Worlds on the radio; panic ensues.

Teju Cole on the wonder of epiphanic writing • Terry Tempest Williams on the loves of the great Jim Harrison • Jenny Holzer talks about a life of turning public spaces into art • Pamela Paul muses on life before the internet • Read a poem from Louise Glück’s new collection • Meet the radical feminist who led an unlikely group of expats • Tice Cin considers queer love in crime fiction • Mona Kareem on growing up stateless in post-Gulf War Kuwait • Why pen on paper is so damn satisfying • Olivia Rutigliano “reads” Wes Anderson’s oeuvre • Unlearning the sunk cost fallacy, in writing and in love • How should you name your characters? • Behind the intellectual property battle that nearly derailed the COVID-19 vaccine • On Ken Kesey’s mission to get LSD to the people • How McSweeney’s and Radiotopia created an audiovisual magazine • Ọlájídé Salawu on the colonial grounding of Nigeria’s literary industry • How do we make sense of the meaning of consciousness? • On writing a book for dog people • Emma Lewis considers feminist photography and storytelling • How to write an obituary for your mother • Looking to Audre Lorde as a guide for navigating systemic oppression • How Josiah Wedgwood created an iconic abolitionist medallion • A fragmentary, lyric essay about fragmentary, lyric essays • On Sam Francis and the boy’s club of the art world • What therapists are reading through this moment • Reconsidering Thoreau in a burning world • Gus Moreno on the power of horror fiction • Andrew Siegrist seeks everyday folklore • Tyler Malone considers the human desire to understand evil • Aimee Parkison on ghostly taboos 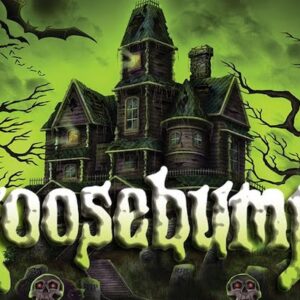 It’s Halloween weekend—time for two powerful concepts: outfits and mischief. The outgoing among us might go out and play...
© LitHub
Back to top